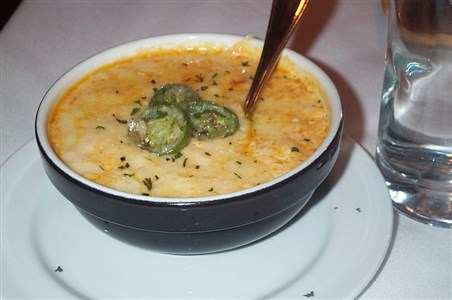 This is a favorite dish for church suppers.

Directions:
Place one end of the cob at an angle on a cutting board. Using a sharp knife trim the kernels from the cob. It's important to trim the kernels in 2 cuts (this is called a double cut). After the kernels have been cut from the cob place the cob over a bowl and using a butter knife scrape the blade against the cob, pressing out the milky liquid. Whisk together the sugar, flour salt, black pepper, and cayenne pepper in a small bowl. Sprinkle the dry ingredients over the corn kernels, then toss to combine. Add the cream and water to the corn, stir. Heat the bacon drippings in a large skillet over medium heat until it is very hot but not smoking. Add the corn mixture, stir until the mixture sizzles. Reduce the heat to medium low and cook, stirring occasionally until the mixture becomes thick and creamy, about 30 minutes. Stir in the butter, taste for seasoning, adding additional salt and pepper as desired.