Editor's Note: This is the first in a two-part story about disaster recovery volunteer teams that arrived in January to help Big Pine UMC in the Keys rebuild and repair Hurricane Irma’s damage to the church.

Like so many evacuees who could not seem to get out of the way of Hurricane Irma's meandering path last September, Chris Guarini must have felt like she was always driving in the wrong direction.

When Irma began threatening the Florida Keys, Guarini first drove 48 miles from Marathon to Key West—into the eventual path of the storm—to purchase a pet carrier (gouging-priced at $140) for her cat, Kitty.

“The clouds were coming in. It was a little scary,” Guarini said, her understatement being a clear sign of her strength.

Guarini drove back to a deserted Marathon to help close up Kmart, where she works as a cashier, before leaving at midnight with Kitty and a friend headed for Savannah, Ga. They arrived 15 hours later only to find no lodging, food or gas available.

“I thought the storm was going to go to the west,” she said. “I had the place booked, and then I get there and there's nothing to eat and they tell me I have to go back, with a cat that's freaking out.”

Guarini drove to South Carolina, where “guess what,” she said. “The storm came there, too.”

They settled across the border from Savannah in Hardeeville, S.C., an area known as the "Low Country Host.”

But it was not the kind of weather conditions promoted by the local chamber of commerce. They endured flooding and power outages, and 13 days after evacuating they finally were allowed to return to Marathon, Guarini's home of five years. She came back to find that much about her adopted hometown had changed. At a highway checkpoint she saw military personnel wielding guns.

“It was a disaster,” Guarini said, choking back tears. “It was just horrible. It's just been hard. We try to recover.”

Guarini said she is blessed because multiple trees fell in her yard, but none hit her home.

More than four months since the storm, Guarini noted some of the changes that remain. While Kmart is open in Marathon—albeit still under renovation to repair storm damage—Wendy’s, IHOP, Burger King and Winn-Dixie all have shuttered their Marathon operations.

Guarini was discussing the storm on a Wednesday night in early January as she greeted customers in her Kmart checkout aisle.

A few hours earlier Virgil Allmond, a leader at Big Pine United Methodist Church, had been shopping at Home Depot on Overseas Highway. He was purchasing supplies for the two teams of volunteers who came to Big Pine Key that week to help repair and renovate Big Pine United Methodist Church, which may become a welcome station for future mission teams. Rev. John Hill is the pastor.

Allmond's supplies were put to good use by teams from the New York Annual Conference and Nashville, Tenn.-based Youth on a Mission, which was founded in response to Hurricane Katrina, the mega-storm that punched Louisiana hard in 2005.

They were of varying ages (not every YOAMer is a youth), and they all came to contribute to the Keys' recovery.

Royster said trip organizers knew from their connections that conditions in the Keys were worse than the media was portraying four months after the storm hit. After all, debris is still piled everywhere landfill-like near high-end, waterfront homes.

“To see the destruction and the piles of everyone's lives on the side of the road is really devastating,” Royster said. “It's hard to really take it all in.”

The further south they drove on the 113-mile-long highway, the more devastation they saw: blue tarps on roofs, vegetation down, buildings destroyed and furniture that flew away from homes and settled in a marsh down the street.

The team began arriving on Jan. 7 and was slated to return home on Jan. 13. Speaking midweek, Royster said they were up to the task.

“The crew is absolutely amazing,” she said. “This is the most hard-working but happy, lovable group of people. I could not have picked a better team. They know what they are doing and are more than happy to jump right in and help with the most menial or difficult task. We all agree that we are here to do what needs to be done to help people get back on their feet.”

YOAM team members painted church walls, did drywall work and replaced light fixtures in anticipation of the church evolving into a volunteer center where future teams like YOAM can stay during their mission trips.

Team member Jacob Huey of Columbia, Md., is a veteran of six mission trips in Louisiana, beginning in 2010 on a trip with his father, who told him he would enjoy the experience.

Royster said measuring the success of a mission trip is a difficult task because after a disaster, one's life never really goes back to the way it was before. Survivors are permanently changed. She sees YOAM's role as similar to a bridge.

“We look at this as an opportunity to bring people to the next step of where they are going,” she said.

One of the Big Pine UMC members affected by Irma was Maureen Seewald, a resident of Big Pine Key since 1997 who counts herself as lucky. Before Irma, she evacuated with friends to LaBelle, Fla., northeast of Fort Myers.

Upon returning home Seewald, a member of the church's Board of Trustees, found that in comparison to her neighbors, her home was relatively unscathed. She lost a screen porch and suffered other minor damage.

“I was lucky,” she said. I didn't get much flooding at all and I didn't have much damage. But my neighbors, my friends, they got wiped out.”

Having first visited the Keys 30 years before she moved there, Seewald said Key West is “too touristy for me,” but “Big Pine holds my heart. My friends are here. We look out for each other. We take care of each other.” 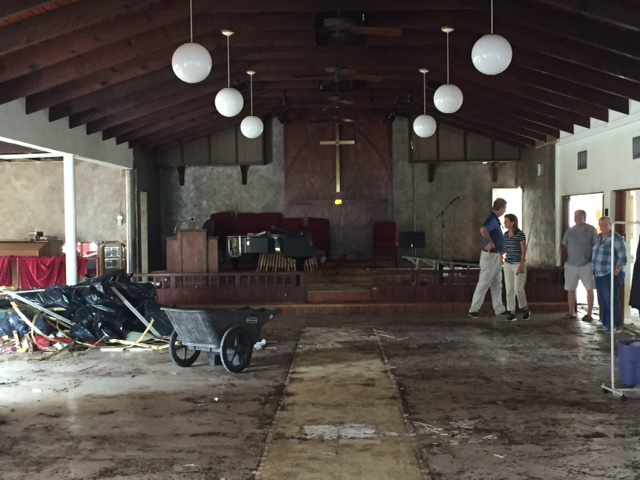 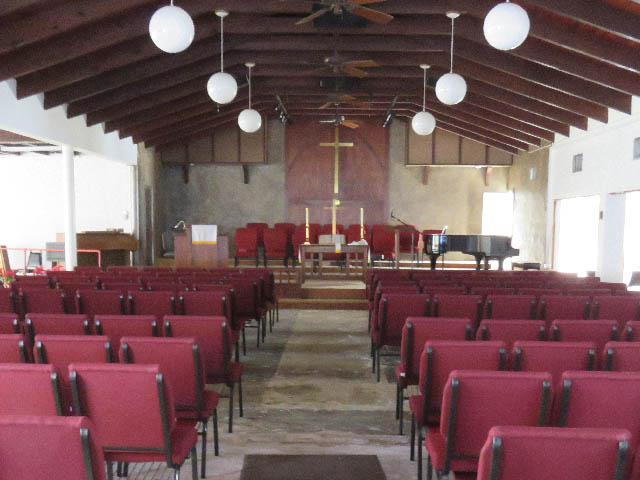 --Ed Scott is a freelance writer based in Venice.

Editor’s Note: Donate here to the Florida Conference Hurricane Irma Fund to help churches and the neighborhoods that surround them. Volunteer to bring yourself or a team to help with the recovery. Together, with God, we are bigger! #flumcWeAreBigger