TALLAHASSEE - Well over 70 United Methodists from across the Florida Conference assembled in Tallahassee in late March for the annual Florida Advocacy Days. Members met with lawmakers in the state Legislature to lobby for social justice issues.

Among the items discussed was support for bills moving through the House and Senate regarding the removal of barriers to expanded government recreational programs.

Members also voiced strong support for the implantation of Amendment 4, passed last November in a statewide referendum. The amendment restores voting rights to felons who have served their sentences, except in cases of murder or sexual crimes.

Methodists advocated for ensuring all money in the state and local housing trust remain a dedicated funding source to help alleviate homelessness instead of being diverted into other areas of the budget.

See below for photos of the event, including the traditional march to the capitol. 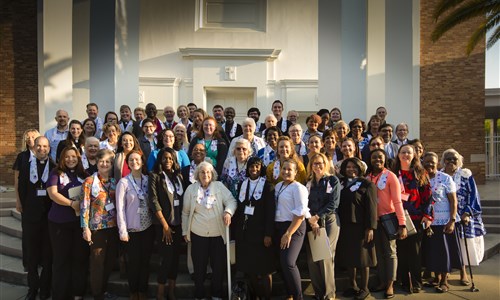 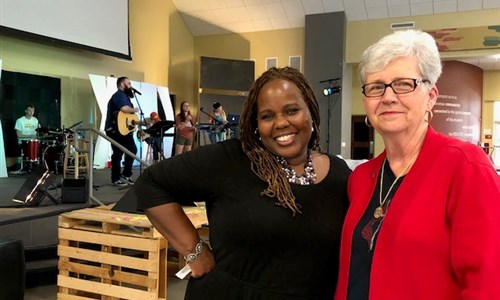 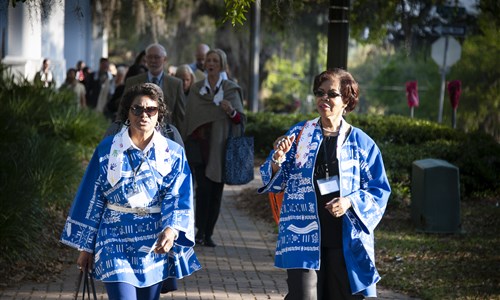 Lucy Pride, right, the district lay conference president for the Florida Conference AME, and a colleague march to the capitol during Florida Advocacy Days. -Photo by Rex Adams 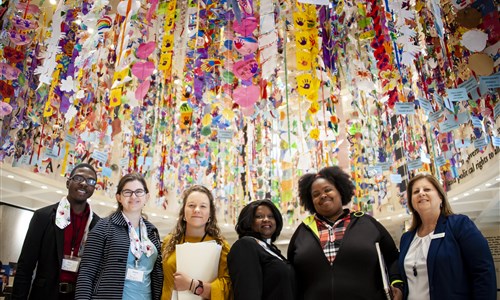 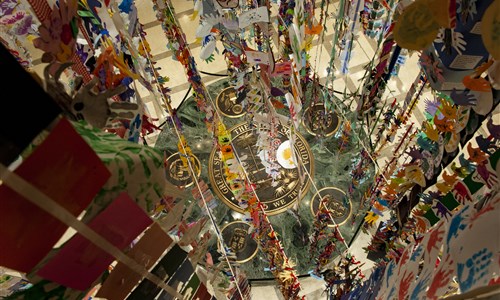 Scene of the capitol rotunda surrounded by the traditional "hanging of the hands," prints of children's hands from across the State of Florida. -Photo by Rex Adams 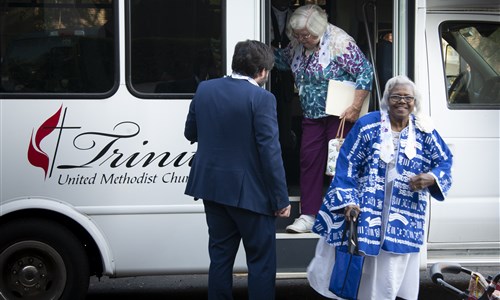