To bear greater fruit, churches team up on mission

To bear greater fruit, churches team up on mission

What was intended as a one-time mission trip in 2015 for First United Methodist Church of Sebring has blossomed into a commitment to foster the dream of expanding a group home for orphaned, abused and neglected Bahamian children.

It also inspired the idea of creating a missions network of Southeastern churches that proves true Aristotle’s quote: “The whole is greater than the sum of the parts.”

After a mission trip to Zion Children’s Home in the Bahamas and discovering that many churches in the Southeast had relationships with Zion, but not with each other, Rev. David Juliano, senior pastor of First UMC Sebring, envisioned a “Friends of Zion” network of Southeastern churches working together.

The dream of connectional collaboration has come true. For the Zion mission this year, six churches are working together during the July 16-23 trip.

Appointed pastor of First Sebring two years ago, Rev. Juliano initially sought an international mission trip "to help turn things around" at the church where attendance drops from 450 to 300 when  the "snowbirds" exit rural Highlands County during the summer.

Juliano recalled hearing of a Methodist children's home somewhere in the Bahamas, and an internet search yielded Zion Children's Home on tiny Current Island off the northwest tip of Eleuthera.

He said his thought process was: "We'll do a little courtesy drop for a week; we'll feel better about ourselves and we'll move on to something more ambitious. But when we went to Zion and met the incredible children and the women who run it, we were absolutely hooked and realized this was going to be a long-term relationship."

Once in the Bahamas, he said, "it didn't take us long to hear the name Dr. Eugene Zimmerman, spoken with great reverence and respect, over and over again." Many Bahamians were instrumental in making the Zion dream become reality, but Zimmerman, a retired UMC minister now living in Orlando, "was the guy here in the Florida Conference who had really helped make it happen," Juliano said.

Juliano has been in the Conference since 1996, but he'd never met Zimmerman, who first connected with Bahamian UM churches in 1961. "I need to know your story and hear your vision for Zion Children's Home," Juliano told Zimmerman in a phone call.

Once they met, Zimmerman didn't mince words. "I'm getting too old for this. I need to pass the torch on to someone else. Would you be willing to take it?'

"Of course you say yes. Then you walk away feeling completely overwhelmed, thinking how in the world are we going to do this?" Juliano said.

Those mission team members who visited Zion recognized some problems there, and considered what was needed to complete the dream.

"There are two beautiful dormitories there on Current Island," a narrow strip of land accessible only by ferry, Juliano said. "Only one dorm is occupied. Eight children live there. We have the potential for eight more, but they don't have the funds to staff that second dormitory. There are currently over 100 children on the social services register, desperately in need of a safe, loving home." Plans for the future at Zion call for a multipurpose building and third dorm. 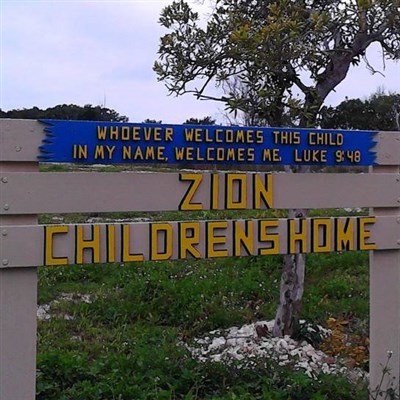 As we got to know the folks at Zion, we realized there were all these churches scattered across the Southeast that had relationships with Zion, but none of them had relationships with each other" the Rev. Juliano said. "They were all coming in motivated, like we were, by the amazing things that were going on and what I call the Zion dream. But nobody was working together."

"Not to just fix a leaky roof, or lay some tile, but to create a synergy that together we could help make the dream of Zion a reality," he said. He contacted the churches he had learned were already involved with Zion and one that was not, as he recruited his friend the Rev. Brad Scott, pastor of First UMC in Bluefield, Va.

He told Scott that such a mission benefits the participants. "The excitement and enthusiasm they will come back with can only help your church."

"I asked my people, and they were excited about it," Scott said. "So we've got five folks from my church that are going," all of whom will assist with the vacation Bible school to be held during the weeklong July mission.

The Virginia mission group will drive to Sebring and fly from there to the Bahamas for the trip.

"I've been convinced for years that if churches are involved in missions it just makes them healthier," said Scott. "The group that responded to this are the ones who are growing in Christ and will try to become well-rounded disciples. And I really believe when they come back, the stories they will tell will assist our whole congregation in growing closer to God.

"And we hope this will be the start of a long-term commitment," he added.

Other participants are Eden UMC and Bethesda UMC, both in Jonesborough, Tenn., and First UMC of Albany, Ga. "And because they're so excited about what we're doing," Juliano said, the non-denominational Bible Fellowship Church in Sebring also is sending a couple to participate in the mission.

Zion was founded in December 2012 after three young mothers on the island succumbed to breast cancer in rapid succession, leaving their children orphaned. Two sisters, Geleta Turnquist and Ermalee Munroe, who are ordained Methodist deacons in the Bahamas, sought to become foster parents to the orphans. When social services rejected their plan, they decided to build a children's home.