The Easter story: Tell it again

The Easter story: Tell it again

My colleague Christine Parton Burkett reminds preachers that children, after hearing a well-told story, never respond, “What does it mean?” Instead, with glee and abandon, they exclaim, “Oh, tell it again!” She reminds preachers that, as human beings, we never really outgrow our love of a story well-told; there is a part of each of us that wants to cheer, “Oh, tell it again!”

Several years ago in The New York Times Sunday Review, the Swedish writer Henning Mankell wrote that “a truer nomination for our species than Homo sapiens might beHomo narrans, the storytelling person.” Mankell’s argument was not that the biologists are wrong or that we are not thinking creatures but rather that we are also -- and maybe even primarily -- storytelling creatures. 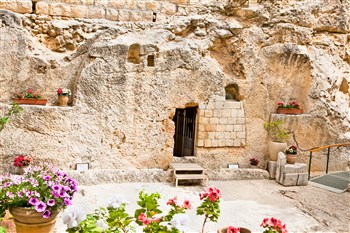 We make sense of the world and our place in it through story. Story is how we create meaning, how we interpret reality, and how we come to know who we are and why we are. That is why when we hear a story that we know is good and true, we say, “Oh, tell it again.”

I belong to a tradition in which the climax and culmination of Holy Week’s liturgies is the Easter Vigil, when we gather in the darkness of Holy Saturday’s night and proclaim the story of God’s saving work, from the creation of the world to the resurrection of Jesus. We retell the scriptural stories to remind us of who we are, whose we are and how we have come to be. Each story is a reminder of the identity of God’s people. Each story is a testament to the enduring and faithful love of God.

Each time the stories get told, we wrestle with our past, too. We wrestle with the violence of God’s people. We struggle with the sometimes inscrutable ways of God. We try to hear in some of these words the words of life, however faint they may sound. But in the telling of the stories, the past lays claim to us, and we lay claim to it. So we tell them again.

And yet it is not just the past that lays claim, because through story -- through the particular story of Easter -- God’s future lays claim to us as well.

In the final chapter of the Gospel of Mark, early in the morning on the first day of the week, the women arrive at the tomb of Jesus and find the stone rolled away. They enter the tomb to find a young man sitting inside. What they do not see is the body of Jesus. And the young man says to them: “Do not be alarmed. You seek Jesus of Nazareth, who was crucified. He has risen; he is not here. See the place where they laid him. But go, tell his disciples and Peter that he is going before you to Galilee. There you will see him, just as he told you” (Mark 16:6-7 ESV).

Tell his disciples and Peter that he is going before you to Galilee.

The resurrected Jesus will go on ahead of us, too, outpacing us, calling us into God’s future. The point of the story of Easter is not to linger at a tomb that is empty. The point is to go, go faithfully forward, to head in the direction that the risen Christ is leading. Risen from the dead, Jesus is now leading into the future that only God dreams possible.

In “The Trial of Jesus,” the old play by John Masefield, the centurion who oversaw Jesus’ crucifixion reports back to Pilate. Pilate’s wife asks the centurion to tell her about Jesus’ death. After hearing his description, she asks, “Do you think he’s dead?” “No, my lady, he replies. “He’s been let loose in the world where neither Roman nor Jew can stop his truth.”

The story says Jesus is waiting for us.