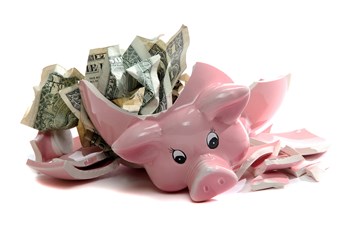 Editor’s note: For the Florida Conference, 2015 was a year of launching new initiatives and nourishing some begun the year before. This week, we close the year by reviewing five of those initiatives. Click here to read the entire series. Look forward to more fact sheets on Bishop Ken Carter’s major initiatives in 2016.

Debt is not usually a welcome house guest.

“We never have enough money.”

“You spent how much on what?”

His parents need a new car. Her sister’s husband lost his job. Nowadays, it costs on average nearly $300,000 to raise a child for 18 years.

Now, add to this around $48,000 in educational debt, a huge burden for a young clergyperson right out of seminary—especially on a minimum salary of $39,000 a year—and do the math.

In August 2013, Bishop Carter created a Young Clergy Debt Reduction Task Force to respond to the rising level of seminary debt from students entering the Florida Conference’s candidacy, licensing, and ordination process. In 2014 a $50,000 grant from the Young Clergy Initiative sponsored by the General Board of Higher Education and Ministry funded the first Stewardship Academy in March 2015. (The second academy, planned for early 2016, will focus on personal finances and debt reduction.)

And, at about this same time, support began growing organically. At the 2015 Annual Conference, those ordained as full connection deacons and elders received $5,000 each to help eliminate their educational debt. Bishop Carter is asking Staff-Parish Relations Committees to partner with these initiatives to help our younger clergy from prior years reduce and eliminate educational debt.

The Conference invites other foundations and benefactors to participate in this great movement of the Spirit as we “Pass the Torch” across the Florida Conference to support our young clergy. Our hope is that our clergy can eliminate their seminary debt within a few years after their first appointment. For more information, contact Rev. Wayne Wiatt, director of the Office of Clergy Excellence, wwiatt@flumc.org.