The little boy lived in an orphanage in China, where he was not given much of a chance to do anything other than eat and sleep.

He could not walk, because he spent his entire day in a crib.

He could not talk, because no he had little human interaction.

He could not eat solid food because of a poorly performed surgery to correct a cleft palate.

The little boy was adopted by a family in Fort Pierce and found his way to the Community Methodist Church Preschool run by Carol Hilson. There, he received speech and occupational therapy.

Slowly, he learned to walk and talk and eat.

“This wasn’t done at a medical center,” Hilson said. “This was done at a preschool.”

Hilson mentions this little boy when talking about the CMC preschool, which she started in 1988.

Other children have passed through the doors over the years with similar developmental issues. Some were crack babies. Some had fetal alcohol syndrome. Some would not talk because of trauma experienced early in their lives.

One little girl was raised in a home where both English and Spanish were spoken. It confused her, so she chose not to talk.

“These are the children Jesus called us to minister to,” Hilson said. “I would welcome other directors and other pastors and other leaders within the Methodist Church to come and see what we’re doing and see how it’s changed the lives of the families we were able to touch.

Hilson’s preschool averages 75 children a year. Every year without fail, Hilson said, 10 percent of those children need either speech and language or occupational therapy—usually both, since the two often go hand-in-hand. Hilson can provide those services for free.

Adrienne Trainor, a pediatric speech and language therapist, has worked at the school for the past 15 years. She is joined by her husband, Mike, who is a speech therapy aide.

Rebecca Hubbard, an occupational therapy assistant, has worked at CMC for the last 10 years.

“The biggest thing is once a child turns 3 they have established a pattern of behavior,” Adrienne Trainor said. “We need to jump on this and help them, so they are successful in school and life and every environment they encounter, and we don’t wait to see if they are going to outgrow it. Clearly in some children it’s not developmental. They need help.”

Hilson’s program recently received the Gold Seal by the United Methodist Association of Preschools. This enables the program to receive15 percent more funds from The Early Learning Coalition. That is big for a program like Hilson’s, which ministers to a lot of low-income families.

“It does make a difference,” she said.

Hilson never imagined how much of a role speech and occupational therapy would play in her preschool when she began the program 30 years ago.

“It was a journey for me,” she said. “I was not educated on special needs. People weren’t talking about this back in 1988.”

It was not until Hilson’s daughter, Beth Baker, returned to school to receive a degree in speech pathology and began her internship at the preschool that Hilson realized there was such a need for those services.

With the blessing and support of the Fort Pierce CMC, Hilson did just that.

Realizing the children in her program were on the cusp of development, Hilson began to research ways to better help those who needed speech and/or occupational therapy.

Therapists were brought into work with the children. The church donated an unused classroom, and that was transformed into the speech and language therapy room, where those who need it receive one-on-one treatment from the Trainors.

Reaching these children early is the key.

She said it can be a delicate line to walk with some parents.

For one, Hilson said, therapy in the public-school setting is usually done in groups. Also, it could take up to three months, Hilson said, before a child is tested and therapy is recommended.

“That’s three months of time they spend in kindergarten frustrated and scared and confused,” Hilson, a member of the St. Lucie school board, said. “So why wouldn’t you start it in the (pre) school system?”

“The beauty of (the program) is that sweet little innocent child, no matter how difficult they are, they really are a gift and it is important to treat them with respect and love to have them grow, and we just have to keep educating and helping anyone we can to understand and a lot of people don’t,” Trainor said.

Hilson is proud of her program and all it has accomplished over the decades. She would love for her program to be used as a model for other Methodist churches. 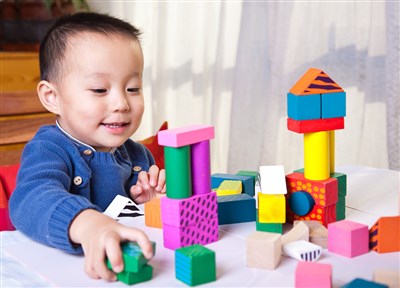 Hilson loves it when she runs into the parents of a former student who entered her preschool without the ability to communicate or needed to improve their cognitive, sensory or motor skills, and those parents tell her how their child is on the high school honor roll or a college graduate.

And Hilson sees what happens when those children receive the necessary therapy.

​—Roger Mooney is a freelance writer based in Bradenton.