On being hunted by the Gospel

On being hunted by the Gospel


I love Saint Mark. I truly do. But if the apostles were in a line-up and we threw Mark in there with them, I wouldn’t be able to tell him from second Judas. Frankly I wouldn’t be able to identify half of them. At this point, some folks have likely paused to Google, “there were two Judases!?”
But that’s beside the point — I bet you wouldn’t be able to pick Mark out either. He lacks the touching moment with his head on Jesus’ chest and he wasn’t called Satan by the Lord. In fact he wasn’t notable enough for anything he did or said in the gospels to end up as part of his iconography. In the sculptures and paintings he holds his book and hangs out with a lion. It is enough to make one think that perhaps Mark is some delightful everyman who all believers can read as pointing to themselves. (Of course, this is wrong, because the everyman is James son of Alphaeus. Not the James you know — the other one. Yes, two Jameses too.) 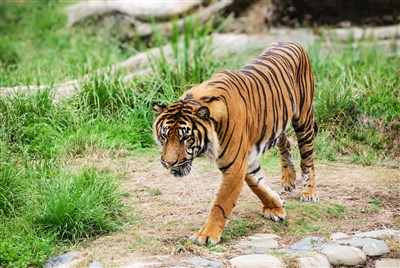 I know Mark, as we all do, by his book. Conveniently named Mark (the church inherited a love of simplicity: “What should we name your second letter to Corinth, oh apostle Paul? Two Corinthians?”) Mark is the shortest gospel, many argue the earliest, and it purrs like a well-oiled engine. I probably read Mark before any other gospel, and it is probably the one I’ve read more than any other.

But now I read it regularly, often as part of a morning’s devotion over coffee, moving me to prayer while I bobble a baby on my knee.

That’s just how devotions work when you have kids. Devotional life bleeds into life, and Mark helps some with that. The movements of Jesus in Mark’s gospel are always swift; “immediately” is repeated so often one loses count. All we have is this present moment to be faithful. Baby or not, coffee-to-make or not, all I have is this moment to pray, immediately.

Mark taught me that present-ness. So I pray the formula of the Jesus Prayer with my Bible reading: “Lord Jesus son of the living God have mercy on me, a sinner.” I try to get about 50 reps in, often while making coffee, sometimes while wrangling kids. The prayer itself is, of course, an adaptation of Mark 10:47 mixed with some other bits of gospel. Everywhere I look Mark has formed me.

The most profound way is as a part of InterVarsity Christian Fellowship. I was a student for four years in the fellowship and have now spent five years working as a campus minister. There is a special place in IVCF’s heart for Mark. It is the Gospel they love so much that they have a whole camp dedicated to it. They call it, with deep Christian creativity, Mark Camp, or Mark Study. At the IVCF summer camp on Catalina Island, they even have a room dedicated to the Mark-related marginalia of Mark Camp’s founder, Paul Byer. The enthusiasm is hard to understand if you aren’t part of the IVCF subculture. It is analogous to Rey finding out from R2-D2 that there is an island where she might find the last Jedi. Pilgrimage barely begins to describe it. I’ve told folks that I spent a week reading Byer’s manuscript of Mark and watched them go slack-jawed with awe. It was awkward.

I try to keep a more practical focus though. I’ve seen Mark’s gospel change lives. Each summer I teach Mark at Mark Camps. Students show up to do close reading of the Gospel eight hours a day for four days. They have a lot of discussion and develop creative ways of articulating what Mark is saying to them. The immediacy of the Gospel and the text’s insistence that the reader decide who they say that Jesus is — these things spring from the page. And when I’m there it starts to make sense that people refer to this Gospel with the symbol of the lion. It requires relatively little of the staff at the camp to help students along in their spiritual journeys. The evangelist does most of that for us. The climactic crucifixion scene roars at us and when we end at Mark 16:8 as the early manuscripts do, the sense of fear that perhaps just over my shoulder Jesus is waiting for me makes hair stand up on my arms. “So they went out and fled from the tomb, for terror and amazement had seized them; and they said nothing to anyone, for they were afraid.” C.S. Lewis’ choice of Aslan was apt. No one is safe if this is true, which of course it is — all of it.

I’m preparing right now, actually, to take some students once more to sit with Mark’s Gospel at Mark Camp in about a month. I get there a day early to set up. I know from past experiences that once there, my devotional life shifts, subtly. I no longer pray my Jesus prayers, because the closeness of the Holy Spirit becomes more obvious to me. Perhaps it is because I don’t have my children with me (the joyful little distractions that constitute life). Perhaps it is because I’ve seen the power of Mark to call people to a new way of life. I don’t truly know. But my morning prayer shifts all the same. I tend to sit more, move less. A great stillness. I’m aware of a dangerous presence and a tension knots in my shoulders, as if I may need to move fast or be pounced on. The students are the real prey, but I know I’m not immune. Before it prowls past though I whisper, “Happy hunting.”

Colin Chan Redemer is a lecturer at Saint Mary’s College of California and an InterVarsity chaplain in the Bay Area. His writing has appeared in the Englewood Review of Books, Evansville Review, Marooned?, and? the Tampa Review?. The views in this commentary are his own, and do not necessarily reflect the position of the Florida Conference.