Loving God with our minds: A bishop’s reading through 2016

Loving God with our minds: A bishop’s reading through 2016

Here are fifteen books that I read in 2016. I wish you a blessed 2017! And one of the ways God blesses us is with the ideas, narratives and worlds created by a fascinating diversity of women and men. So, a highly subjective list. What would you suggest or add?

1. Underground Railroad by Colson Whitehead. Winner of the National Book Award for Fiction. In a literal underground journey from slavery to freedom, Cora escapes from a plantation in Georgia and navigates her way northward, encountering obstacles and allies, horrors and temptations. Given that our conversation about race is unfinished, this novel would be an excellent guide for the journey.

2. A Nazareth Manifesto by Samuel Wells. Formerly the Dean of Duke Chapel and now Vicar of St. Martin in the Fields in London, Wells reflects on the power of the word “with” (God is with us) in a world that privileges “for”. From a variety of angles he thinks about the ways we want to be helpful, in both local and global contexts, and what might instead be most needed. A provocative integration of theology and social analysis, with generous use of biblical sources. 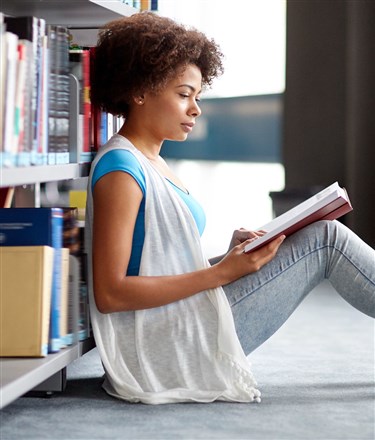 3. Finding God in the Waves by Mike McHargue. In this spiritual autobiography for our post-modern culture, McHargue describes his pilgrimage from fundamentalism through atheism to faith. He does so in a way that is marked by personal humility and grace toward others, and yet his message is clear—we have important work to do in building bridges between the spiritual and scientific communities. The author is also a very active member of one of our churches in Tallahassee (Good Samaritan) and he can be heard on The Liturgists podcast.

4. God Unbound by Elaine Heath. Imagine that God wants to bless all of the families of the earth. Imagine that God is greater than our fears and anxieties. Imagine that God is most fully known in the tradition beyond our traditions—in the risen Christ who will never abandon us. In this meditation on Paul’s letter to the Galatians, Heath contemplates the streams of scripture ecclesiology, family systems and spiritual practice in calling the church to mission and mysticism.

5. Our Kids by Robert Putnam. The American Dream is in crisis, the Harvard sociologist argues, because of the dramatic inequality of opportunity among the children of our nation. Through a wealth of data and narrative, Putnam portrays a present and looming crisis. This book is foundational to the Florida Conference’s emerging School-Church partnership. His ultimate question is haunting: Do we claim the children in crisis in our nation (and our state) as “our kids”?

6. The End of White Christian America by Robert P. Jones. America is no longer a white Christian nation. In the midst of a shifting diversity that is cultural, ethnic and religious, how have we responded to these shifts? A pollster with a background in religion and politics, Jones’ argument is especially striking given the results of the result U.S. presidential election and the alliances between evangelicals, progressives and political parties. Christianity is very much alive—it is the political alliance with white privilege that is in question.

7. The Fractured Republic by Yuval Levin. Writing from a measured and civil political perspective to the right of the spectrum, this is a superb diagnosis of the nostalgia that afflicts both liberals and conservatives. Liberals yearn for a previous time when rights were expanding; conservatives long for a former era when there was greater cultural conformity. Acknowledging our fragmenting and divided nation (and church), Levin calls for the building of “thriving subcultures” and mediating institutions that can bridge the the capacity of the nation and the needs of the individual.

8. The Permanent Revolution by Alan Hirsch and Tim Catchim. Alan and Deb Hirsch were co-presenters at our Missio Ecclesia conference in February. I was struck by their missional exegesis of Ephesians 4, and the church’s need for the gifts of apostle, prophet and evangelist, in addition to shepherd and teacher. An overemphasis on the two latter gifts has led us to our present condition of stagnation; the cultivation of the three former gifts will help to engage with a world in need of the gospel.

9. Come With Me by Wendy Miller. A wise and gifted spiritual director, Miller frames a rule of life for daily living around the promises and habits of prayer, presence, gifts, service and witness. This is a deceptively simple book that can lead the reader into a deeper and more disciplined life of following Jesus as a United Methodist member and leader. It is written in collaboration with the Missional Wisdom movement and is in the spirit of Fresh Expressions.

10. In A Broad Place by Jurgen Moltmann. One of the profound theologians of the last century, Moltmann’s autobiography traces his experiences as a prisoner of war, as a young pastor and professor and as a prophetic evangelist for the Crucified God. He was awarded an honorary doctorate by Florida Southern College this fall, and when I asked about his motivation to write the story of his life, he replied, “I wanted our four daughters to know this story.”

11. Be Strong and of Good Courage by Gil Rendle. Actually an extended essay. Gil Rendle is one of our most helpful guides to the present moment we find ourselves in as United Methodists. In calling us to purpose rather than preference, and in urging us to avoid a nostalgia that is not likely to repeat itself, Rendle is laying the groundwork for the next generation of non-anxious, clear thinking missional leaders. Available through the Texas Methodist Foundation. 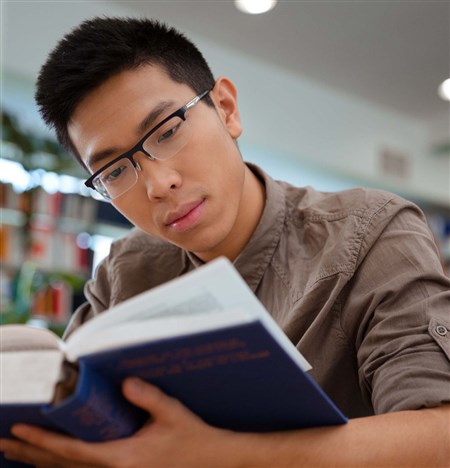 12. The Sixth Extinction by Elizabeth Kolbert. Winner of the Pulitzer Prize for Non-Fiction. Kolbert is widely regarded as the most articulate and powerful voice on behalf of a global ecosystem that is threatened by disruptive climate change. Most of this work appeared originally in The New Yorker. Following in the tradition of John McPhee, she is able to write about the complexity of science in a way that is accessible and engaging. Note: This subject will likely have relevance for our state over the coming decades.

13. Ahead of the Curve by Brian Kenny. Anchor of the Major League Baseball (MLB) Network, Kenny writes about the sport but, more generally, about how our ways of thinking are shaped by the herd mentality. In questioning the assumptions of a game that he clearly loves, Kenny provides an interesting model for those who love the church and yet know that our biases and blind spots get in the way. A fun and provocative look at life and baseball!

14. Coaching For Missional Leadership by Bob Hopkins and Freddy Hedley. Bob Hopkins has been instrumental in the development of the Fresh Expressions movement in the United Kingdom; we met in the summer of 2015 in Sheffield. This is one of the most readable and helpful books that I have read on coaching and mentoring, and its relevance—that most ministry contexts require a pioneering spirit and missional orientation—is inspiring. It would be helpful for those who supervise staffs and for those who are launching new ministries.

15. Dylan, Cash and The Nashville Cats: A New Music City (Country Music Hall of Fame). Why does a protest folk singer in New York City make the decision to record with musicians of a different culture and generation in the deep south? How do musicians across two genres learn to love, respect and learn from each other? Why does one leave the purity and affirmation of one musical tradition to embrace a very different one? This book (and the exhibit) is a fascinating study in music, culture, friendship and social change.

I begin each day by reading the Moravian Daily Texts. During my knee injury and rehabilitation in the summer, I spent a great deal of time reading the Psalms, using The Paraclete Psalter. I try to read the lectionary passages each week and go more deeply into them by reading the Feasting on the Word commentary (full disclosure – I was a contributor to this work as well). And, this is a good place to recommend three podcasts: Malcolm Gladwell’s Revisionist History, especially “Generous Orthodoxy," episode nine; The Liturgists, episode thirty-five, “The Cosmic Christ with Richard Rohr”; and Harvard Business Review podcast, “How To Read a Book a Week." Next year’s goal: more fiction, less politics!