On New Year’s Eve in 1959, dictator Fulgencio Batista left Cuba, handing power to Fidel Castro and his rebels, who had been fighting for a little over two years in the Sierra Maestra mountains in eastern Cuba.

Batista came to power through a bloody coup d’état in 1952 and ruled Cuba with an iron fist for seven years of a military government. Most Cubans were ready for a transition back to democracy. The revolutionary ideals those days included restoring the 1940 Constitution, the most progressive in Cuban history; the return to democratic order; a call to free elections and more attention to social justice. All segments of the Cuban society were supportive of Fidel’s project of society–the high class, the intellectuals, the lower class, the students and even the church. But those ideals never came to fruition.

During 1959-1960 Fidel Castro told the Cuban people that he was not a communist, that his revolution was “greener than the royal palm trees.” Then on January 3, 1960, President Dwight D. Eisenhower broke off all diplomatic and economic relations the United States had had with Cuba since 1902. That was, in my estimation, a wrong move that opened the door to “the other superpower,” the Soviet Union, to start influencing the newly formed revolutionary government and to impose Marxism-Leninism, an atheistic ideology, as the philosophical and political framework for the Cuban social project. On April 16, 1961, Fidel Castro proclaimed “the socialist character of the revolution” and declared that he had been Marxist-Leninist since his university years, through the revolutionary war and after the triumph of his July 26 movement and that he had been hiding it “for strategic reasons.”

This new development had many repercussions in the life of common Cubans like me and my family. History and Science were re-written from a materialistic/atheist perspective and our textbooks in Cuba began fighting the whole idea of God, God’s participation in the origin of life and all the teachings of Christianity. For 467 years Cuba was a colony of Spain and Christian teachings were part of the national life on our Caribbean island. Suddenly, all that dramatically changed.

Elementary school kids like me at that time were asked to pledge allegiance to the socialist revolution and to renounce all “idealistic ideas.” We were told that to call somebody “señor” was a “bourgeois reminiscence” and now we should use “compañero” (comrade). The Cuban government started to create alternative events on Sunday mornings, particularly designed for children, to discourage people from attending churches.

Some pro-government informants were situated near churches so they could report back to their superiors who in their town or city was attending church. Many Christians would go back to work on Monday morning to find out that they had been laid off. Christians in work places would not be considered for any promotions or positions of leadership because they were not considered to be “trustworthy.”

Christian students in middle school, high school or college/university were under pressure to renounce their religious ideas and threatened to be expelled and/or not to have access to higher education. The communist slogan was:  “La Universidad es para los revolucionarios” or “University is just for revolutionaries.”

Many of the Cuban pastors and some lay leaders were sent to UMAP (Military Units to Aid Production) between 1965 and 1968, a euphemistic name to describe agricultural labor camps designed for people who were conscientious objectors, homosexuals, political enemies of the revolution and Christians. Cuban writer Norberto Fuentes in his book printed in Barcelona in 1999, “Dulces Guerreros Cubanos” (Sweet Cuban Warriors), estimated that UMAP had approximately 35,000 inmates of which “507 ended up in psychiatric wards, 72 died from torture, and 180 committed suicide” (pp. 300-303). Fuentes called them “Sweet Cuban Warriors,” alluding to them working in the sugar cane fields 10-12 hours a day.

The Cuban Methodist Church began in 1883 in a hotel room in Havana. First, missionaries were sent there as a ministry of local Methodist Churches in Tampa and Key West. Enrique Benito Someillán and Aurelio Silvera were dispatched from Key West to Havana to explore and later start a Methodist congregation in Hotel Saratoga. These men were Cubans who had left Cuba because of their political involvement in the nationalistic fight against the Spanish rule. It was in Key West and Tampa where they found Jesus Christ and became members, active leaders and lay preachers in the Methodist Church. They immediately felt God’s call to go back to Cuba and share their newly found faith with Cubans.

In 1898 at the end of the Hispanic American War, Methodist Bishop Warren Akin Candler went to visit Cuba with a group of Florida and Georgia leaders. From that moment on, The Methodist Episcopal Church, South became very involved with missionary work in our island nation.

In 1959 there were 120 Methodist Churches in Cuba. More than 50 U.S. missionaries were in Cuba primarily serving as pastors and educators. There were also about 70 Cuban nationals serving in ministry. Records indicate that the church had about 10,000 members at that moment. Besides the church buildings, there were several medical dispensaries run by the Methodist Church, several daily schools, an orphanage, a vocational school, Escuela Agricola e Industrial / Agricultural and Industrial School, in Playa Manteca, eastern Cuba, and many colleges like Colegio Metodista Central in Havana; Buenavista, also in Havana, Irene Toland in Matanzas, Elisa Bowman in Cienfuegos and Pinson in Camaguey, among others. And, of course, there was Candler College in Havana that became the most prestigious Methodist educational institution. In 1959 Candler College was approved by the Cuban Ministry of Education to start operations as Candler University.

Throughout the first 59 years of the twentieth century, the Cuban Methodist Church transitioned from being totally part of the Florida Conference to a Missionary Conference, Provisional Conference and finally an Autonomous Affiliated Conference in 1968. After the break in diplomatic relations between the United States and Cuba, all U.S. missionaries were called back to America. No contact was possible between the Florida and the Cuban Conferences. Financial operations, including sharing financial resources with the Methodist Church in Cuba, came to a full halt, and the Cuban Methodist Church had to become financially viable in a matter of months. Autonomy was primarily dictated by the political situation between the two countries.

Besides being under government pressure and persecution, Methodists in Cuba had to also bear the burden of being considered “an American church,” a church that came to Cuba and was supported by Americans for many years, which automatically made us very suspicious in their eyes. 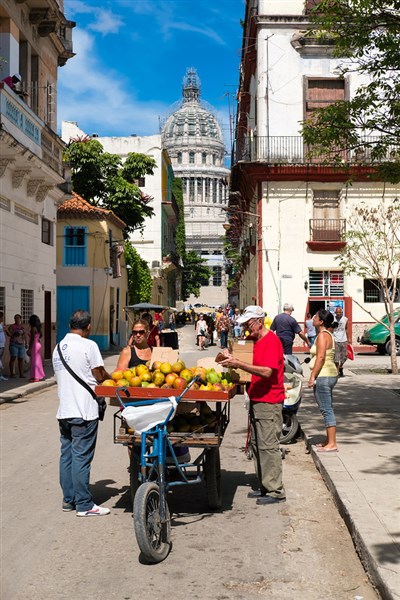 In those days, the Cuban Academy of Sciences made a prediction that by 1970 Christianity in Cuba will be completely eradicated. Well, God had something else in mind!

In the mid-seventies, the fire of revival began to reignite the life and mission of the Methodist Church in Cuba. After Annual Conference sessions, we would begin all-night-long prayer vigils where the Holy Spirit began producing miraculous healings and empowering people with spiritual gifts. We lost all fear of repercussions and committed ourselves to share the good news of Jesus Christ with the Cuban people, one life at a time. The Holy Spirit’s fire spread out to the local churches, youth camps and almost every event in the life of the church.

Those were the origins of what you see today:  The Methodist Church in Cuba has grown to more that 40,000 members, worshipping in 400 churches. Gloria a Dios!

Life lessons that I learned in Cuba

During these past few days after the passing of Fidel Castro, some friends have approached me asking: “Are you happy with this? Are you celebrating his death?” Well, no, I’m not happy, particularly because nothing is going to change for the Cuban people. And there is nothing to celebrate. There are many stories out there–some are rejoicing, some are crying. Some would have terrible stories to share about the loss of loved ones or loss of property or wealth created through generations of hard work. Some are crying because they feel they were given something or simply because they had not known any better.

Let’s focus on the mission of God in Cuba and in the United States of America. Let’s act differently from people on the extremes. Let’s speak differently. Let’s be more like Christ. And let’s offer grace to all human beings and the awareness that we are all children of God and persons of divine worth.