Is the Old Testament dying?

Is the Old Testament dying?


(RNS) Brent Strawn was teaching at a Methodist church in Atlanta when he asked his class to identify the origin of Jesus’ well-known cry from the cross — “My God, my God, why hast thou forsaken me?”

The Emory University professor of the Old Testament was stunned.

How could it be that these mostly older adults, faithful lifelong churchgoers, didn’t know that Jesus was quoting directly from Psalm 22?

That realization, now a book by the same name, argues that many contemporary Christians have lost biblical fluency and can no longer speak the language of more than half their sacred Scripture.

It’s not unusual for scholars to talk about the Bible as a language, but Strawn may be the first to look at it as a dying language.

“If the Old Testament is (like) a language, then like any language, it can be learned and spoken, or conversely, can be forgotten and die,” he writes.

Strawn explains how dying languages revert to a pidgin-like form, with limited vocabulary and an even more limited sentence structure. The New Atheists, such as Richard Dawkins, often speak this broken language, Strawn says, picking and choosing the most extreme passages to support their arguments that the Bible is immoral or contradictory without bothering to understand the whole.

Eventually, Strawn writes, a dying language may become a creole, an entirely new language formed from the contact between an older language and a new one.

For Strawn, purveyors of the prosperity gospel, such as Joel Osteen, Creflo Dollar or “Prayer of Jabez” author Bruce Wilkinson, have repackaged Old Testament stories and themes to such a degree that the text is no longer recognizable; indeed, it’s an entirely new language.

But is the Old Testament really dying, and is there more than anecdotal evidence to prove its demise?

Strawn analyzed 879 sermons published in collections called “Best Sermons,” and found that only 21 percent of those sermons were devoted to lessons from the Old Testament. As for lectionaries, heard in many churches each Sunday morning, the Revised Common Lectionary omits seven books of the Old Testament and severely underrepresents 13 others, Strawn writes. Contemporary worship songs fare no better at inculcating scriptural knowledge.

His conclusion? The patient is experiencing death throes, and churches and church leaders are largely to blame.

Other scholars say it’s important to point out exceptions. Some groups, such as African-Americans and Mormons, strongly identify with Old Testament stories. The liberation from Egypt in the Book of Exodus and the capture of the Promised Land in the Book of Joshua are foundational stories to each group, respectively. 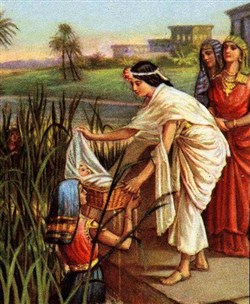 And there’s some evidence that younger Catholics know more about the Old Testament today than their elders did growing up in the days prior to the Second Vatican Council when the Mass was celebrated in Latin and the Bible rarely studied among laypeople.

That said, it’s entirely possible the overall decline of religious adherence across the West has affected Bible knowledge. As more Christians and Jews abandon sanctuaries to join the swelling ranks of the unaffiliated — now about 23 percent of the U.S. population — Scripture fluency may be fading.

A popular 2010 quiz by the Pew Forum found that Americans correctly answered 16 of 32 basic religious knowledge questions. Among the findings: Only a slim majority (55 percent) knew that the Golden Rule is not one of the Ten Commandments.

But though general biblical literacy may be in decline, Old Testament fluency is a very particular problem for Christians, the audience Strawn is addressing.

“The Old Testament has often had a more insecure place with the Christian tradition,” said Stephen Chapman, professor of Old Testament at Duke Divinity School. “Even when the Old Testament is known, what’s known is a simplified version.”

Indeed, Marcion’s views are hard to shake even among seminary students today.

“There’s a flight response that the Old Testament elicits,” said William Brown, who teaches Old Testament to would-be pastors at Columbia Theological Seminary in Decatur, Ga. “That avoidance response has been with them throughout their years in church. Now they’re forced to look at it.”

Still, critics say Strawn’s analysis is limited in scope, and they point out that there is no comprehensive survey that compares Old Testament fluency today with that of past generations.

“The Bible has always been dying,” said Timothy Beal, professor of religion at Case Western Reserve University in Cleveland. “It’s always reaching an end and being reinvented in a new form.” 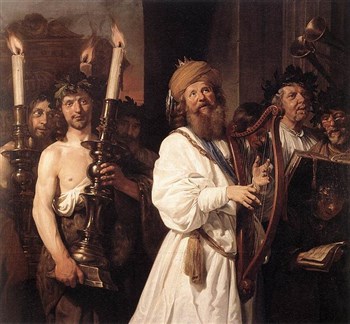 Beal, whose 2016 book examined the Bible and the arts, said the Bible has undergone many iterations. It started out orally, then it was written on parchment, compiled in codex, printed as books. Now it’s ubiquitous in digital form.

Instead of asking whether the Bible is a dying language, Beal wondered if Strawn’s diagnosis might be better understood as a kind of requiem for the end of “printed book culture.”

Animated Bible stories such as “Veggie Tales” and biblical-themed movies with star-studded casts may be a new way to learn and interpret the Old Testament visually.

Jews, who prefer the term “Hebrew Bible” or the acronym “Tanakh” (since they do not recognize the New Testament), may also face similar fluency problems.

But Marc Brettler, professor in Judaic studies at Duke University agreed there’s simply not enough solid data to prove that Bible knowledge is dying. The speculative dimension, he said, reminds him of Mark Twain’s famous phrase: “Reports of my death have been greatly exaggerated.”

“There seems to be some human pleasure in saying something is dying and depicting the current generation as particularly worse off than previous generations,” Brettler said.

Instead of asking if the Old Testament is dying, Brettler said it might be more interesting to ask which limbs of the body are still alive.
For Christians, that’s probably the prophets and the Psalms. For Jews, it’s more likely the Torah, or the first five books of the Bible.

But Brettler also suggested Strawn’s book may have a larger purpose:

“If the book increases biblical literacy, if it’s a good alarm bell that goes off,” he said, “that’s great.”