Before our nine-person team even left the United States, obstacles started stacking up against us. We were in our final stages of planning for a 16-day mission trip to Quessua, Angola when I heard from our Team Leader, Icel Rodriguez, Conference director of global missions. She shared that over $100,000 in medical supplies that were donated for our work ahead might not get the clearance required to get them into Africa. Then, days before departure, our return flights were all canceled! Without confirmed flights home, our team departed Orlando boarding a quick flight to Newark, New Jersey before heading overseas. Mid-flight the captain announced bad weather over New Jersey, so we would be in a holding pattern until it cleared. That holding pattern turned into landing in Virginia before we ran out of fuel.

With no hope of meeting our connecting flights, the team disembarked, got representatives on the phone, and started the process of ensuring our team and our 22 checked bags made it to our final destination. In the midst of the phone calls, re-routing baggage, and new boarding passes frenzy, the team took a moment to praise God (over airport pizza) for all He was already doing to work things out for His glory. While so many would be disheartened and discouraged by the difficulties we faced so early on in our trip, this team knew that it was something to be celebrated. That our amazing God had BIG things in store for us and our partners in ministry and that He would reap a harvest of plenty through the seeds we were sowing together. 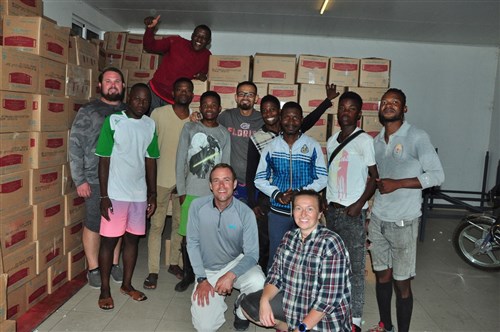 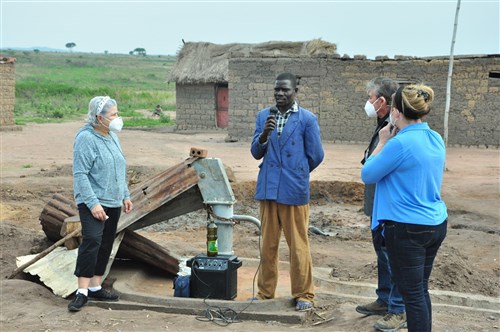 And oh boy, He did not disappoint! This team, comprised of seven individuals from the Florida Conference, one from Virginia, and one from Texas were able to experience great things. In the end, we left knowing that we allowed no difficulties to distract us from the good work that God had laid out for our Angola and Florida team to accomplish together.

“For I reckon that the sufferings of this present time are not worthy to be compared with the glory which shall be revealed in us.” ~ Romans 8:18

Interested in learning more about the Angola Covenant and mission work? Visit: flumcmissions.org/east-angola.html