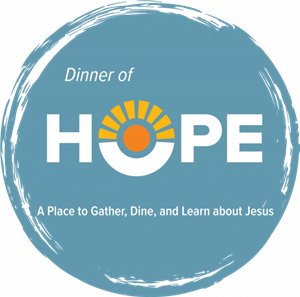 Fresh Expressions have been a part of New Hope United Methodist in Brandon since 2016 when the church began its Dinner of Hope. Associate Pastor Vicki Harrison also meets weekly with a group called Runners Church.

If two are good, more would be better. So, this summer, the church decided to build on that and dramatically expand its outreach.

Beginning in late May, New Hope added four new ministries to its Fresh Expressions lineup: a food co-op, Basketball Church, Meet and Walk and a student-led Caffeine and Christ that meets at a local Starbucks.

Fresh Expressions introduce the church to people who might not necessarily attend services on Sunday mornings, and the initiative is working at New Hope.

Approximately 50 people attend the weekly Dinner of Hope, and about half of those are homeless. Many are repeat visitors as the church has tried to make this more than just a meal.

“We knew at Dinner of Hope that we were reaching people who would never walk through the door on Sunday morning. For them, this their church. And, honestly, this has energized our church,” Harrison said.

Shelly Wilson, who leads the family ministry at New Hope, said it is inspiring to see members of the congregation take the lead in the newest ministries.

“It’s great because the people themselves are taking charge,” she said. “Like the basketball crew, they own that. They organize it; they create the program and the devotional.”

Wilson runs the Meet and Walk outreach, where people from inside the church and outside gather five days a week at 9:30 a.m. for a short devotional followed by a 45-minute walk through the surrounding neighborhood.


About 31 different people have participated so far.

“We have people from all different age groups,” she said.

Basketball? As a ministry?

Well, why not! It grew out of the new Life Center that opened on the New Hope campus on May 19. The center includes a full-sized gym.

“We decided that on Tuesday, Wednesday and Thursday we would use the gym for a ministry of some sort, then rent it out to area organizations that have a need to practice volleyball or basketball,” Wilson said.

“We wanted our Life Center to be a place where people could connect not just with the church but with each other.”

That’s how Basketball Church came to be. Once the word got out that the church was considering the idea of hoops as an outreach, three members stepped up and said they wanted to be involved.

One was a retired basketball coach, one was a Senior Games gold medal winner in basketball and one just wanted to get involved in the mission.

Coach Jay Carter, 76, still has it on the court and takes charge of the games. He helps people with skills while Steve Pfaffman and his wife, Sheri, are retired and do a lot of the mission work, including leading the devotionals.

A mission that started with less than a dozen participants has grown to more than 30 each Thursday evening.

“We didn’t know what to expect, quite honestly,” Wilson said. “We were praying for whatever happened. We thought if we at least get 10, we can play a game.”

As interest in the outreach has grown, there’s a discussion of buying four more goals so more people can play.

“When I retired, I started shooting baskets and found out I was pretty good at it,” Pfaffman said. “I entered the Florida Senior Games and won several gold medals. I wanted to use that as a means for ministry.”

He got involved in Swishin’ for Missions to raise money for mission trips.

“When we’d be on mission trips, we always took basketballs to get kids to come around, and then we could talk to them about Jesus,” Pfaffman said.

“When they were talking about Fresh Expressions, Basketball Church came up. It’s been great so far.”

The first week, he had everyone introduce themselves and tell what school they last attended. Kids and adults show up and warm up, then play a little basketball. Once it’s 7:15 p.m., the group gathers for a Christian message.

The first week, Pfaffman’s message was about faith. Troy Smith delivered a message talking about how God looks for all of us, how he is always looking for someone to do things with and through.

“The good thing is a lot of younger people are showing up like 12-, 13-, and 14-year-olds, and they are getting to play. Some older guys show up also,” Carter said.

“We set down rules and guidelines for them. It’s been going great.  A lot of the high school players from Brandon and Riverview are showing up.”

It is proving to be an effective ministry. People tend to be more relaxed in the gym, Wilson said, because they can relate through basketball.

“We gather at the end and ask for praises and prayer requests,” Carter said. “Some of the people who came in on the fringe have now started coming for the church time. It’s kind of a funny rope you walk. You get them there to form a relationship with them.

The Caffeine For Christ ministry is led by two students—one in high school, and one in college. It meets once a week at 2 p.m., although that will change when school starts again. Group leaders are discussing their next move.

The food co-op was reorganized to be something more than just making food available at low cost to those who need it most. Attendees receive a brief devotional and message and then can purchase $40 worth of produce for $5.

“We focus on prayer and belonging,” Harrison said. “I do think people see these as a worship experience.”

—Yvette C. Hammett is a freelance writer based in Valrico.