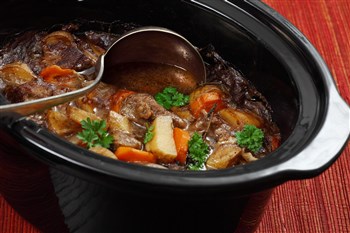 Editor’s note: For the Florida Conference, 2015 was a year of launching new initiatives and nourishing some begun the year before. This week, we close the year by reviewing five of those initiatives. Click here to read the entire series. Look forward to more fact sheets on Bishop Ken Carter’s major initiatives in 2016.

This is the church.

It began when First UMC of Starke realized the residents of a trailer park community weren’t going to come to their church; the church was going to have to go to them.  They began a Crockpot Ministry, feeding the residents every Tuesday evening, and the ministry grew as an inspiring example of a “Fresh Expression” church. First Starke moved through a process of listening to what the community’s needs are to loving and serving them to building up and with the community to forming disciples and worship.

Listening, loving and serving, building and worship: this is the metamorphosis of forming a new kind of church. Fresh Expressions is an international movement that has us reaching new people in their backyards and moving beyond our conventional buildings, meetings and leaders. It has the mindset of “we’ll come to you.” The aim is to form a new gathering or network—church—that engages mainly with people who have never been to church and in their own context and culture. At its best, Fresh Expressions is led by laity and clergy and works alongside more traditional churches like First Starke.

Fresh Expressions Florida began over a year ago. Like the movement, its growth has been grassroots based. It started with a working group of 20 people to form a Florida vision and mission statement: Fresh Expressions Florida catalyzes new expressions of church that reach new people, in new places, in new ways. The working group helped launch our first “pioneer” retreat, which included more than 60 clergy and lay persons who came to learn about Fresh Expressions and discern how they might start one in their own communities. A second retreat was held this past winter, and potential pioneers were able to go deeper into their discerning and calling to start a Fresh Expression. Alongside the retreats for support and inspiration, we have a Facebook group that is a spring board for conversation based on a reading list with books for each liturgical season.