In 2007, registered nurse Peggy Bargmann was co-facilitator of a monthly Alzheimer’s support group when member Tom Gerrity told her, “This is great, but my brain needs more than this. I need more than this.”

Gerrity’s wife, Nancy, said what they needed was a brain fitness club.

“I believe in what you’re asking for, and I’ll give it my all,” Bargmann responded.

The Gerritys are United Methodist Church members; and with the blessing of East Central District Superintendent Rev. Dr. Bob Bushong, they connected Bargmann to the resources for a pilot program at First UMC in Winter Park for people with early-stage Alzheimer’s disease and dementia.

The Brain Fitness Club was born.

“The church opened its arms and said, ‘We can be the space for people with these challenges,’ ” Bargmann said.

Community agencies and health organizations began referring people to the program, which filled a gap in available service. There was always a waiting list, so the program expanded to meet the growing need.

In addition to Winter Park, there are two new Central Florida locations: University Carillon UMC in Oviedo and Broadway UMC in Orlando. Another is scheduled to open in September at First UMC in Lakeland.

An estimated 5.7 million Americans are living with Alzheimer's dementia, according to the Alzheimer’s Association. In Florida, with its large elderly population, about 500,000 have the progressive disease.

June is Alzheimer’s and Brain Awareness Month, and while Bargmann says they “promote brain health every month,” it provides a great learning opportunity.

“As a church, we’ve focused on outreach to children, families, and young adults, but have had a harder time identifying services and programs that might meet the particular needs of our older attendees,” said Carolyn Smith, communications director at University Carillon.

“Especially as we saw families struggling with memory-related issues in their loved ones, starting a Brain Fitness ministry became a priority for us.”

Each group allows up to 16 members—“big enough for group interaction, and small enough to get to know each other,” Bargmann says—and meets twice weekly for four hours each day. The program offers three 14-week semesters annually.

In order to join, participants must have a diagnosis of memory impairment—and they have to recognize their diagnosis.

Bargmann said her mother suffered from Alzheimer’s but would never accept it.

“They have to want to be there and take a proactive role in their treatment,” she said. “We want to make sure everyone is at a level where they’ll succeed at activities we provide.”

At meetings, members do cognitive exercises that alternate quick responses with slower writing activities, to stimulate language, problem-solving and other brain functions.

Every semester they read a book a together, chapter by chapter, and have group discussions where they share personal experiences and learn from each other – about “the strategy of living with challenges, not wallowing in self-pity,” Bargmann said.

Those are interspersed with physical activity and social interaction. Members do stretching and balancing exercises, important because people with dementia have a greater tendency to fall.

They play ping-pong, foosball, card and video games, put together puzzles and walk on a treadmill. Once a week, each member works with a speech pathologist.

“As soon as people hear Alzheimer’s, they focus on loss,” Bargmann said. “We focus on capabilities, on what you can do. We want people to leave feeling good about themselves, saying, ‘I’m still me. I’m still an important person.’ It’s so rewarding for all of us to provide this ministry and see the impact.” 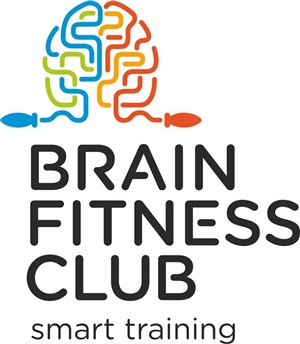 Each group is led by a facilitator and a coordinator, who Bargmann provides with immersive training and a curriculum to follow. They partner with students studying speech pathology and cognitive communication therapy at University of Central Florida and Rollins College.

“I can’t say enough about how valuable the intergenerational dimension of this is—the two learn and grow with each other,” Bargmann said.

“Students see that what textbooks say about dementia isn’t what people living with dementia are; they can be contributing members of the community for a long time. Club members, many of them doctors, lawyers and businesspeople, mentor the students and feel a sense of accomplishment.”

“One student wrote, ‘You taught me to accept my weaknesses.’ That really touched me,” Bargmann said.

The club gives space to both patients and caregivers. The latter group doesn’t come to meetings, because it’s the members’ place to speak freely about their experiences and feelings, but they have their own room where they can meditate or meet with others.

“We want to make sure they’re cared for too,” Bargmann said. “Four hours is great to regenerate your batteries.”

“We’ve created a sense of belonging for the entire family,” said Melissa Copenhaver of Broadway UMC, where they’re adding a gym and recreation room and are talking with UCF about adding physical therapists.

“One of our members says Brain Fitness days are his two favorite days of the week. We are so blessed to have this mission of helping and serving others.”

Many members stay in the club for years, “but they come to a point when they realize this is too hard, and we help them ‘graduate’ from the program and move into other resources that can help them,” Bargmann said. “Sometimes people know it’s time for them to go. It’s always tough, because we’re family.”

The club’s purpose is to impact quality of life, though not to offer a cure.

“When you give people hope, they live differently,” Bargmann said. “Our goal is to make sure people with dementia aren’t sitting home alone and struggling with their challenges. Our desire is to be in every community possible.”

To learn more, visit brainfitnessclub.net. Find out here how you can start a Brain Fitness Club.

—Eileen Spiegler is a freelance writer based in Ft. Lauderdale.