PARRISH – It turns out the much-publicized “Freshman 15” weight gain is hardly the biggest risk faced by students – especially young women-- on the threshold of their college adventure. 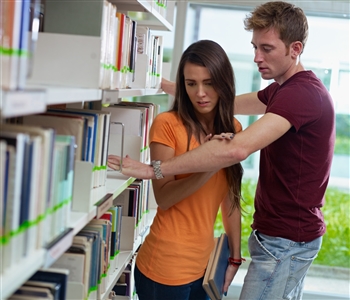 As federal officials pass legislation and launch investigations regarding what some term a “silent epidemic” of sexual assaults on college campuses, studies show freshmen women face the highest risk.

“Women are the most vulnerable their freshman year – the first eight weeks of the semester,” said Rev. Narcie Jeter, Gator Wesley director at the University of Florida and one of about 10 Florida Conference campus ministers who attended a retreat last week at Dayspring Episcopal Conference Center.

The pastors spent a day discussing their role in addressing the issue with Becky Posey Williams, senior director for sexual ethics and advocacy at the General Commission on the Status and Role of Women (COSROW). Statistics she shared included the following:

• 1 in 5 female students will experience rape or attempted rape during college.
• 90 percent of college student rapes will be perpetrated by someone the victim knows.
• Only 12 percent of college rape survivors report the crime to law enforcement.

“It’s pretty staggering,” Williams said of the statistics after her presentation. “If this were some kind of dread physical disease and the president had declared it a national priority, we would be providing the resources to make it a priority.”

In January, President Barack Obama created a task force aimed at investigating rapes at colleges and universities across the country and requiring institutions to comply with federal laws for handling complaints of sexual violence and harassment.

Last year, Congress enacted the Campus Sexual Violence Elimination Act to require schools to provide prevention and awareness programs regarding sexual misconduct and include compliance in their annual security reports.

Williams said United Methodists preparing for annual conferences around the U.S. have called her office recently, wanting to know if the church had any guidance for addressing the issue. She made some inquiries, including one to Rev. David Fuquay, director of Higher Education and Campus Ministries for the Florida Conference, who invited her to join campus ministers at the retreat.

“It was crystal clear to me they wanted to talk about this … and knew they needed to,” Williams said after meeting with the group.

She said the discussion ranged from frustration at not having clear-cut policies for what actions to take when a sexual attack victim or perpetrator confided in them to wanting to have an active role in prevention.

“It was also from the ministers’ standpoint of ‘Sometimes I don’t know what to say or what to do,’” Williams said.

Virtually all of the campus ministers had brushed with the issue, usually hearing from Wesley Foundation students, she said.

“They (pastors) definitely recognize that they are in a pivotal place as a resource for students’ spiritual well-being,” Williams said. Campus ministries are billed as “safe spaces” or nonjudgmental, come-as-you-are places that naturally draw students in all kinds of emotional crises.

That recognition led to discussions of how to balance the victims’ needs for justice and healing with grace for the perpetrator.

“Victims want their story to be heard,” Williams said. “We talked about the elements of good listening. We talked about (how) there can be no healing without justice.”

She continued, “Accountability is hugely important in this. The last thing the victim needs to receive is ‘The perpetrator’s well-being is more important than my well-being.’”

Williams said ministers also talked about the importance of remaining a companion for assault victims as they move forward or report the incident to law enforcement. They also discussed the importance of talking about healthy sexual relationships in sermons and at student gatherings. Research indicates a high number of male college students say they have coerced someone into having sex but don’t see their actions as rape.

Campus pastor Jeter said she and about 20 students and staff from Gator Wesley visited Rutgers University in New York last August to see a program that uses skits depicting various rape scenarios to get the message across to students.

“They did a skit acting out date rape at a fraternity house,” Jeter said. “There was a person walking in and not doing anything about it.

“That really stuck with students throughout the year,” she added. “It has created many conversations. … It has shaped how we do everything at Gator Wesley.”

Jeter said she is working to bring the skit program to UF this fall, and she hopes it will be part of a campus-wide event. Other Wesley Foundation ministers in Florida also have expressed interest.

Before coming to Florida in 2012, Jeter was a chaplain in a sorority house, where she was struck by the similarities of sexual assault victims’ stories and reactions.

“All people deal with varied emotions: shame; blame, like ‘I could have done this so much differently'; anger; defiance, like ‘I fought them off.’”

Her experience makes her mindful of rape victims’ feelings, even as she offers a series of talks about healthy relationships, advising young adults to carefully consider the potential effects of intimate encounters before engaging in them.

“I want to acknowledge that not everyone who has had sex has chosen to have sex,” the campus pastor said.

Fuquay said campus ministers agreed that step one in addressing the issue of sexual violence on campus is to identify the policies and resources at each of the nine Florida schools with Wesley Foundation ministries. The role of campus ministers may need to be tailored to the college or university served, he said.

He said he will also place the issue on the agenda for the September meeting of the Florida Conference Board of Higher Education and Campus Ministries.

Williams said helping campus ministers address the issue is a natural fit for COSROW, which has been charged by The United Methodist Church with eliminating all forms of discrimination against women. She said she hopes more United Methodist conferences will invite her to participate in discussions of ways to reduce the threat of sexual violence on college campuses.

-- Susan Green is the managing editor of Florida Conference Connection.