At a time when everyone seems to focus on divisions and differences, the churches of Highlands County are walking a different path.

Fourteen congregations from Avon Park to Lake Placid, Sebring and smaller communities along the way have joined an ecumenical movement called Abide 21. 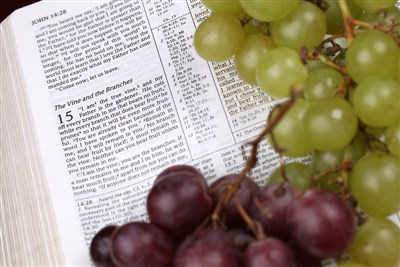 Now in its fourth year, Abide 21 takes Christianity to the public square, local businesses, parks, hospitals, churches, neighborhoods or anywhere people can gather. It kicks off and ends on the courthouse lawn in Sebring, but no place is off limits as long as two or three are gathered together in prayer.

The term “abide” comes from the book of John, Chapter 15, in which Jesus says, “I am the vine and you are the branches ...Those who abide in me and I in them bear much fruit.”

“I have never been part of a community that comes together and works together like this one,” said David Juliano, pastor of First United Methodist Church of Sebring.

“We have formed a community of pastors here, and we are a very close group. We support one another, we worship together, and sometimes we swap pulpits with one another. We all believe that when pastors and churches realize there is so much more that unites us than divides us, we can really make a difference."

The original idea for Abide 21 came from the wife of Rev. Dustin Woods, pastor of the non-denominational Grace Bible Church of Sebring.

“When I heard the idea, I knew that it was one of those times when you hear God speaking,” Pastor Woods said.
His church kicked it off in 2015. Now, Methodists, Baptists, Lutherans and non-denominational members have joined in a movement that has steadily grown.

The camaraderie of the clergy group is at the core of the event’s success and can be seen in a video they created together to promote it. Each pastor preaches and teaches on prayer and fasting ahead of time to prepare their local congregations.

Abide 21 is structured with daily devotionals furnished by the churches and, for this year for the first time, written by members of the laity. There are community-wide prayer events, including a night of worship. Each morning and at lunchtime, people gather to pray at designated spots around the community. Juliano said prayer locations are springing up organically all over the county.

This year Juliano challenged his partner churches to make the commitment to pray around the clock.

“We started a 24/7 prayer room at our church last year during Holy Week,” he said. “So far we have had 653 scheduled hours of prayer in that room. It has made a huge difference in the life of our church.”

“So, when I realized that we had an opportunity to do that with the entire community, we encouraged everyone to put out sign-up sheets so that people can commit themselves to a specific one-hour block of prayer. We now have 504 consecutive hours of prayer scheduled at our church alone, and we have asked all 14 churches to do the same.”
That means, Woods said, “someone is praying for you all around the clock.”

Juliano and his clergy colleagues also help their congregants learn to fast.

“When I want to fast, I usually use the Wesley Fast, which can be found at www.Methodistprayer.org,” Juliano said.

"When Wesley began fasting, he initially did it two days a week, on Wednesdays and Fridays. Later in his life, he switched to Fridays exclusively. As we know, Friday is the day that Jesus died.”

Wesley’s practice was to begin his fast after the evening meal, or at sundown, on Thursday and end it at 3 p.m. Friday. According to tradition, 3 p.m. is thought to be the time that Jesus died.

“That is what I recommend. The idea is that fasting makes your prayer more intense and powerful,” Juliano said. “We also believe it helps you discern what God is trying to communicate to you.

“We believe that as we unite with other Christians and other faith traditions, and as we seek God together through prayer and fasting, we develop a deeper more authentic walk with Him.”

Both pastors say that taking prayer beyond the walls of the church makes a significant impact in the community.

"God's love and grace aren't just for church-goers," Woods said. “It is for our co-workers, our neighbors and the people we meet every day. We pray for each other and for His Kingdom to come on earth.

“Joining together brings down the walls of division and competition,” he added. “It lets us see the bigger picture. We can see what God is doing.”

Woods said the payoff is seeing the community come together in solidarity.

“We say in one of our videos that ‘when communities turn their hearts to God, whole nations are bound to follow,’” he said. “God has started a movement here, and we are all united as one as we commune with Him.”

—Suzanne McGovern is a freelance writer based in Orlando.