It was a common scene: Reynolds, our church’s minister for adult discipleship, sitting on the sofa in my office, excitedly telling me about a new idea for ministry, usually one that would help us cross more faithfully the stubborn lines of class and race.

This time he was explaining his idea for a Christmas market. Tired of the much-celebrated but often-demeaning toy giveaways that some organizations sponsor for the poor at Christmas, Reynolds suggested that our church host a market.

Local social-service agencies would refer clients. Church members would donate new toys, and the church would sell them at drastically reduced prices. The church would give the proceeds back to the social-service agencies. Most importantly, parents would have their dignity preserved as they chose and purchased Christmas presents for their children. 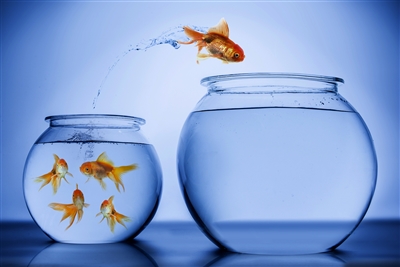 My reservations weren’t about the idea itself -- it perfectly aligned with the way of ministry we were trying to embody as a church.

I don’t remember what questions I asked to show my reservations, but I must have asked questions like, “It sounds complicated -- do we have enough time to pull it together? Have you worked out the logistics? Will there be enough volunteers?” In other words, “Are you going to do it right?”

In the next moment of silence, I heard my mother’s voice screeching from my subconscious the mantra I’d heard a million times growing up: “If a job’s worth doing, it’s worth doing right.”

And I heard my own one-word mantra -- “Excellence” -- that for four years I’d repeated in staff meetings. “In our ministries, we strive for excellence. We cross our t’s and dot our i’s. We do things right.”

And I heard Jim Collins telling me, once again, “Good is the enemy of great.”

And here is a staff member suggesting doing something less than great, implicitly critiquing one of my core leadership philosophies. “Let go,” he was telling me, “and risk doing something badly.”

There’s wisdom in this saying, I now can admit -- wisdom I’ve since been trying to learn. Because the fear of doing something poorly can beset a leader in two ways.

First, it can lead to suffocating micromanagement. Committed to doing things right, the leader cannot give away control and let others work on their own.

Like the worst kind of helicopter parent, the leader hovers, meddles and interferes -- limiting the scope of ministry to what the leader can control, dispiriting staff and volunteers who long to have their initiative honored and their competence trusted, and leaving the leader stressed and exhausted. All to get things right, as he or she sees it.

I was more prone to the second way the fear manifests itself: paralysis. Not wanting to start anything until I knew I could get it right, I struggled to start anything at all. And worse, I stood in the way of others. I was decidedly biased toward inaction.

This kind of bias prevents the very experimentation -- the testing, the trying -- that churches desperately need in our culture of constant, rapid change.

Imagine if God suffered in either of these two ways. There would have been no call of Abraham, no Israel, no disciples -- indeed, no church. Because none of these characters --none of us -- always gets it right. And yet God’s Spirit still calls and equips, still allows us to fall and grow and learn.

Reynolds was just asking permission to try something new without guarantees of success. Permission to do something inelegantly, if needing to do it elegantly meant not doing it at all. Permission to throw something together quickly, if it was the right something, even if it wouldn’t be perfect.

He was asking permission to follow a Spirit that trusted him enough to let him fall.

“Okay,” I said. Then I added, “But if a job’s worth continuing to do, it’s worth doing better.”

I stayed pastor of that church long enough to see one Christmas market. It was, by all accounts, a success. Reynolds stayed on staff long enough to coordinate a second market the next year.

This December the church sponsored its third. Traveling over Christmas, I had breakfast with Reynolds and Gair, who is still on the church’s staff, to reconnect. My favorite part of breakfast was sitting silently, listening to Gair tell Reynolds how wonderful the market was this year, and how much better -- twice the toys, twice the people served, better hospitality, better-trained volunteers, more-streamlined checkout, more agencies involved, more money donated. And only two toys left over.

Listening to her enthusiasm, I thought to myself: “Thank you, God, for giving us jobs worth doing.”