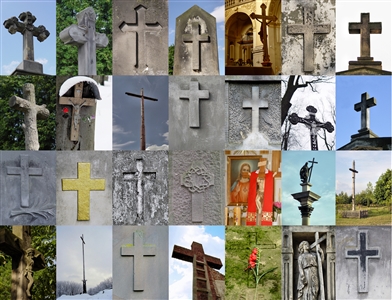 Not surprising, this whole endeavor to understand what it really means to follow Jesus in today’s world is proving to be nothing short of overwhelming. Though I’d like to start my year-long effort to live this out on New Year’s Day, I’m not entirely sure I can get my hands around this Jesus we’re talking about by then. I mean, I grew up reading Scripture, have written several books about Jesus and the Bible, but somehow I’m always left with a sense that there’s more — a lot more — about Jesus and about being a follower than we generally consider.

As part of my effort to approach the year, I’ve decided to break down various dimensions of Jesus, based both on my own reading of the Gospels (and Epistles to a lesser degree), as well as the interpretations of scholars, theologians and activists I respect. So for now, I’ve broken this down into twelve categories, so that I can focus on one per month as intently as possible. This doesn’t mean that there aren’t some other things I’ll decide to do all year long (like pray the Lord’s Prayer), or some things I’ll try once that may or may not fit within that month’s “Jesus dimension.” But when I consider the following twelve ways of looking at Jesus, it feels like a pretty comprehensive approach.

I’m also assembling a group of mentors to help me with each of the respective Jesus Dimensions below. I figure that, rather than having a dozen disciples, I could use mentors way more than followers if I have any hope of making this work.

But I’m interested in what you think. Am I missing something? Do any of these simply not ring true at all?

Christian Piatt is the creator and editor of BANNED QUESTIONS ABOUT THE BIBLE and BANNED QUESTIONS ABOUT JESUS. He co-created and co-edits the “WTF: Where’s the Faith?” young adult series with Chalice Press, and he has a memoir on faith, family and parenting called PREGMANCY: A Dad, a Little Dude and a Due Date.

Courtesy Sojourners Magazine www.sojo.net. Photo courtesy Bigstock. The opinions are those of the author and do not necessarily reflect the policy or position of the Florida Conference.