Stories express religious experience in a way that is more immediate than ritual, liturgy or theology, Rabbi Sandy Sasso says.

That doesn’t mean stories -- even stories for children -- are superficial or simplistic. Indeed, she said, writing children’s books about faith requires deep study and reflection.

“I think children struggle with the large questions of life, and we don’t often give them credit for that,” she said. “We assume that they’re not capable of engaging in conversations that we assume are more philosophical and abstract. I don’t think that’s the case.”

Sasso is senior rabbi emerita of Congregation Beth-El Zedeck in Indianapolis, where she has served with her husband, Rabbi Dennis Sasso, since 1977.

She has written a number of books for children and adults, including “God’s Paintbrush,” “Midrash: Reading the Bible with Question Marks” and the forthcoming “Anne Frank and the Remembering Tree.”

Sasso spoke to Faith & Leadership about her work as a rabbi, leader and writer. The following is an edited transcript. 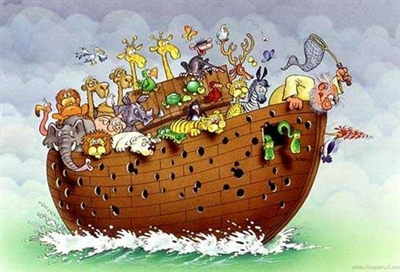 Q: What is the value of storytelling in religious education, especially for children?

Then that story becomes ritual and liturgy, in many cases. So that experience is ritualized. For example, in Judaism there was an experience of the exodus, and then a story was told about it, and then we have a Passover Seder that becomes part of a ritual tradition, and then ultimately we reflect upon it, and that’s theology.

The story is what attempts to capture the feelings and the emotion and the power of that moment.

Q: Your work bespeaks a certain kind of respect for children. Would you talk about that?

I think children struggle with the large questions of life, and we don’t often give them credit for that. We assume that they’re not capable of engaging in conversations that we assume are more philosophical and abstract. I don’t think that’s the case.

What they don’t have is the language. It’s our obligation as educators, adults, clergy to give them the language. My feeling is that language is story, and so through story they are able to deal with these larger theological questions.

In many ways, adults also can better understand and grapple with those questions through story. I cannot write for children unless I really understand the concept. It’s much more difficult in many ways, because I think we hide behind philosophical language.

I don’t write to give answers. I really don’t feel that I should be preaching. I feel I should be telling a story. I’m a storyteller.

When I talk about religion and stories, often kids say, “Is that story true? Did that really happen?” I make a distinction between true stories and truth stories.

And I say that some of the stories may not be true in the sense that we can actually document that these events happened or these people lived, but they are truth stories that teach us something about human nature and the world.

You know, children are really able to deal with that. I’ve seen that when I talk to kids. They say, “Oh, I get it.” But when they grow up, they grow out of it.

I want to give a kind of story that can grow with children. I think that has something to do with children sometimes leaving a tradition. Because we haven’t really addressed them seriously and taken a deeper look at belief and connection and community and meaning.

Q: Your forthcoming book is a children’s book about Anne Frank. That really is giving children a lot of respect to be able to handle a difficult topic. Did you struggle with that at all?

The Holocaust is a particularly difficult topic for young children, but I told this story from the point of view of the tree that was behind the secret annex. It’s the tree that Anne and Margot Frank wrote about in their diaries.

When the tree was at a point where it couldn’t live anymore and was going to be cut down, saplings from the tree were saved and then planted all over the world -- 11 in the United States.

The first one happened to be planted at the children’s museum in Indianapolis, which is where I learned about this story.

So I tell the story from the point of view of the tree, and I think it makes it much more accessible to young children. And it ends with hope, because the tree is planted in 11 places around the United States, and every time someone sees it, the story is remembered. It makes a very difficult event accessible for younger children.

My other belief is that children struggle with difficulty, and we need to honor that. Look at all the fairy tales. Some of them are quite frightening, you know. The big, bad wolf, a lot of Grimm tales -- I mean, they’re grim.

Children love them, and why do they love them? Because it addresses some of their natural fears and ultimately says you can overcome them. Because the endings of the stories are always hopeful. And I think if we ignore that, then we’re ignoring a very important part of a child’s life.

Q: I want to shift topics and talk to you about your own life as a religious leader. You have a long list of firsts. What advice would you give to other religious leaders, whether male or female, based on your experience?

First of all, I would say you have to really love what you do. You have to have a passion not only for teaching but for being with people in community, because it’s a hard career choice. There are lots of demands and lots of expectations, and they are not uniform.

It’s something more than a profession; it’s a lifestyle. It’s who you are as a human being.

Remember that the personal is important as well as the public presence. I think particularly with clergy, that’s significant. There is a public presence, and there’s also an opportunity to connect with more people because of your role.

I have made connections in this community that I would never have made if I were, let’s say, a lawyer or a doctor. You represent your tradition, and you have a responsibility of doing that in an honest and genuine way, and that helps create greater understanding and tolerance in a world where there’s not a whole lot of it.

Q: Do you consider yourself a leader?

Yes. One of the roles is to build community, to bring diverse people with different interests and different inclinations together to form a community for a common search for meaning and for creating a life that makes a difference in the world around us.

If I were to talk about my own theology, I think of it as a theology of encounter. I feel that I experience the divine and the sacred in the connections with other people.

One of the things that I’ve done after retirement is create a religion, spirituality and arts program at Butler University. I bring together 12 artists from all artistic disciplines to study one biblical text through the eyes of art, music, literature and religion. The result has been incredible. I mean, just beyond my imagination.

We studied Genesis 22 for the first year, and it’s been extraordinary. I’ve studied that text in seminary and as a rabbi for years and years, and the artists just opened up a new way of looking at it. And I think looking at it also with somebody who has studied it for a long time allowed for some new inspiration for art.

There are photographers and visual artists and sculptors and writers and drama people and architects, and they come together from all different kinds of religions -- and people who don’t consider themselves identified with a particular religion -- but they’re all spiritual seekers, and they create something from this conversation.

I feel like I’m building a community that did not exist, because these people don’t know each other, and they don’t usually work across artistic lines and religious lines at the same time. As one of the artists said to me, “I can talk about my art with other artists. I talk about my spiritual life in my religious community. But I’ve never been able to bridge the two.”

So this opportunity of building this new kind of community allowed that to happen. It was so successful, the artists didn’t want to stop, and many of them are meeting on their own now and have continued to form a community that continues this conversation.

Yes, it’s been so exciting. It’s something I wanted to do but had no idea whether it would work or not.

In leadership, there’s always a little bit of risk taking. If you just stay on the path that’s already been paved for you, not very much creative happens, but if you’re willing to go off the path a bit and take some risks, then there are myriad opportunities.