Being a Christian doesn't always look like you think it should

Being a Christian doesn't always look like you think it should

Christian subcultures are an entertaining phenomenon. Multiple brands of Christianity claim the same Lord and read the same Bible, and yet they promote a set of values sometimes as different as apples and orangutans.

I once heard a story about a Christian woman from the East Coast who confronted a West Coast youth-pastor, who allowed “mixed bathing” at youth events. “I can’t believe any so-called Christian leader would allow boys and girls to swim together!” She expressed her concern, all the while puffing on a cigarette. The youth pastor couldn’t help but smile, speechless at the irony.

I attended a conservative Brethren church when I lived in Scotland. Some of the women wore head coverings and none of them spoke in church. When I had our Irish pastor and his wife over for dinner, I asked them what he would like to drink. “Beer please,” the preacher said. “And for you, madam?” “I’ll take a glass of Chardonnay, thank you.” Were they liberal or conservative? I guess it depends on which subculture you come from.

When you try to cut out Christians with a religious cookie cutter, you not only tarnish diversity, but you trample on grace. It’s one thing for Christian subcultures to cultivate unique values. But it becomes destructive when those values are chiseled on Sinaitic tablets for all to obey. 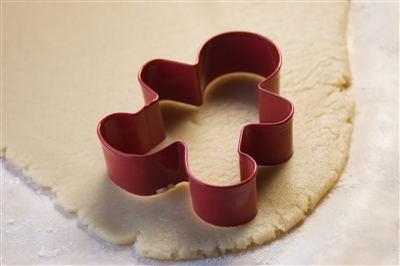 It’s even worse when Christians expect instant holiness from recent converts—holiness, that is, in areas where we think we’ve nailed it.

It’s a shame that some believers have scoffed at some of Shia Labeouf's recent comments about converting to Christianity, pointing fingers at the fact that he still uses bad language weeks after becoming a Christian. It's worth noting that some are speculating that Labeouf's conversion may have actually been more of a rather dramatic example of method acting than a true conversion but, regardless, many Christians chose to focus on his language instead of his heart. God only knows the true believers from the false. But to judge a man’s faith because there’s a residue of potty mouth?

Bad language may take years to weed out. Even more difficult to extract is the pride that drives judgmental Christians to mock the Spirit’s work in a man seeking his Creator. That sin could take decades to discover. Grace means that we are all works in progress, and God shaves off our rough edges in His timing. Just look at the thugs God works with in the Bible.

I know we’re programmed to see the 12 apostles as saints with halos and contemplative faces. But actually, they were criminals. These guys were more like prisoners than pastors, and few of them would have been let inside our churches today.

Take Peter, for instance. Peter walked with Jesus for three years, witnessing miracle after miracle, sermon after sermon. Still, on the night before Jesus’s death, a servant girl asked Peter if he knew Jesus. “I do not know the man!” Peter responded. And he even evoked a curse on himself to prove he wasn’t lying (Matthew 26:74).

Can you imagine if your pastor did that? “Good morning, church. I just want to say that I don’t even know who Jesus is!” We have a hard time forgiving pastors who commit adultery. I don’t think we’d know how to handle a pastor who had a public bout with doubt.

Then there’s James and John, whom Jesus nicknames “sons of thunder.” Apparently, they never made it through an anger management seminar. On one occasion, these two hotheads wanted to nuke an entire village because they wouldn’t let them spend the night (Luke 9:51-56). The whole village—women and children. Luckily, Jesus stepped in to prevent the destruction. These two holy apostles would have been better fit as bouncers outside an expensive casino in Vegas owned by a mobster, than preachers of the gospel of love.

My favorite pair is Simon the “Zealot” and Matthew the tax-collector. How did those two thugs get along?

Matthew’s vocation was nothing less than political and religious treason. Tax-collector’s were Jewish agents of Rome, who mediated pagan oppression through taking money from innocent people. Imagine if you found out that your childhood friend was making a living off funneling money to ISIS. Would you use him to plant a church? Apparently, Jesus did.

Tax-collectors were more than extortionists. They were known for living excessively immoral lives and hanging out with all the wrong people. Religious Jews, in fact, believed that tax-collectors were passed the point repentance. Matthew didn’t have a moral bone in his body. But of course, after becoming a Christian, he immediately stopped sinning and never used bad language ever again.

Simon, as a “Zealot,” probably grew up on the other side of the tracks. The “Zealots” were named such not because they were prayer warriors. They were just warriors—Jewish jihadists. The “Zealots” were known for killing their Roman oppressors or other Jews who were sell-outs. They were aggressive, violent, and they did anything but love their enemies. Had Simon met Matthew on the streets, there’s a good chance one of them would have been found lying in chalk.

To build His Kingdom, Jesus handpicks what could be compared to the leader of the Black Panther party and the grand wizard of the KKK. I doubt anyone closed their eyes at that first prayer meeting.

You cannot sanitize grace. You can’t stuff it into a blue blazer and make it wear khakis. Grace is messy, offensive, and it sometimes misses church. To expect God to pump prefabricated plastic moral people out of a religious factory is to neuter grace and chain it inside a gated community. If God’s scandalous relationship with the 12 thugs means anything, then we should expect a variegated spectrum of righteousness and be patient—or repentant—when such sanctification doesn’t meet out expectations. God meets us in our mess and pushes holiness out the other side.

Not anti-mixed-bathing holiness. But the real stuff. The holiness that serves the poor, prays without ceasing, redeems the arts, loves enemies, elevates community above corporate success, and preaches the life-giving Gospel of a crucified and risen Lamb in season and out.

Courtesy Relevant Magazine www.relevantmagazine.com. Photo courtesy Bigstock. The opinions are those of the author and do not necessarily reflect the position or policy of the Florida Conference.