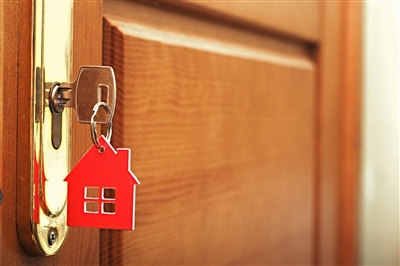 (RNS) A federal court of appeals rejected a case brought by an atheist organization that would have declared tax-exempt clergy housing allowances — often a large chunk of a pastor’s compensation — unconstitutional.

“This is a great victory for fair treatment of churches,” said Luke Goodrich, deputy general counsel for the Becket Fund for Religious Liberty, which filed an amicus brief on behalf of pastors from several major denominations.
“When a group of atheists tries to cajole the IRS into raising taxes on churches, it’s bound to raise some eyebrows,” he said. “The court was right to send them packing.”
Thursday’s (Nov. 13) ruling overturns a 2013 decision by U.S. District Court Judge Barbara Crabb, who had ruled that the exemption “provides a benefit to religious persons and no one else, even though doing so is not necessary to alleviate a special burden on religious exercise.”
But the Freedom from Religion Foundation, a Madison, Wis.-based First Amendment watchdog group that has pursued the case since 2011, vowed to fight on.
“We are disappointed but we are not giving up,” said Annie Laurie Gaylor, FFRF’s co-president. “We are so clearly right and the law is so clearly unconstitutional.”
The Chicago-based 7th U.S. Circuit Court of Appeals overturned Crabb’s ruling in favor of the atheists because it found Gaylor and FFRF lacked “standing” — meaning they had no right to sue because the law did not affect them.
Gaylor and Dan Barker, her co-president and an ordained minister, did not seek a housing allowance for themselves under the law.
“Dan took the allowance when he was a minister, but now that he is head of the largest atheist and agnostic organization in the country, he cannot take it,” Gaylor said. “That clearly shows preference for religion.”
Churches routinely designate a portion of a pastor’s salary as a housing allowance. So, for example, a minister who earns an average of $50,000 may receive another third of income, or $16,000, as a tax-free housing allowance, essentially earning $66,000. Having to pay taxes on the additional $16,000 ($4,000 in this case), would mean a 6 percent cut in salary.
The exemption is worth about $700 million per year, according to the Joint Committee on Taxation’s Estimate of Federal Tax Expenditure.
Supporters of the tax break say it helps alleviate government costs for social services by routing that assistance through houses of worship. Tony Perkins, president of the Washington-based Family Research Council, said “society has tried to relieve the clergy’s housing burden because of the tremendous social benefits churches offer the culture.”
Most clergy, he said, “despite their exceptional educations, receive only modest salaries.”
The Orthodox Union, which represents Orthodox Jews, noted that the housing allowance helps many rabbis live in homes they might not otherwise be able to afford because “congregational rabbis and other clergy members must reside within walking distance to their synagogues” because observant Jews do not drive on the Sabbath or most holidays.
Gaylor said FFRF was reconsidering its legal options and would not drop the case. The only venue left to hear the case would be the U.S. Supreme Court.
“We are regrouping,” she said.
Courtesy Religion News Service www.religionnews.com. Photo courtesy Bigstock.