Arguing the minors and missing the majors

Arguing the minors and missing the majors

Like other citizens of our free land, Christians tend to divide sharply, predictably and with heated language.

We disagree about almost everything, from cultural norms to attitudes toward wealth and power; from personal behavior to what Jesus intended.

To judge by our blog posts, our comments, our letters to the editor and our remarks in public, we are appalled at what other Christians believe. How can this person have that viewpoint and still call himself a Christian? Does she not know that her words heap burning coals on her own head?

In view of our fiery words, you’d think we had explored the extremes of Christian faith and were shouting across a vast, unbridgeable chasm. In fact, we differ within a narrow spectrum, like those who debate Coke vs. Pepsi. 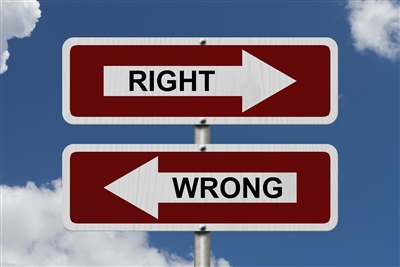 And when we do address wealth and power, we tend to affirm the individual’s right to have as much as they can get, even though Jesus said no such thing.

We debate the nuances of free-market capitalism, when in fact Jesus sounded far more like Karl Marx than like Andrew Carnegie.

We debate preaching style, rather than stand under the gospel’s radical call to repentance — not the momentary remorse of a listener touched by a word, but the deep reconsideration of life that Jesus envisioned.

We argue about faith vs. works, rather than accept Jesus’ call to radical self-denial.

We fuss about theories such as the atonement, rather than stand in awe at God’s love and see God’s love as normative for our own dealings with hatred and greed.

We “stand up for Jesus,” as if we were Texas A&M fans standing up for football over Texas, rather than walking with Jesus into the world’s storms.

We wax eloquent in proving the other wrong, but fail to imagine how God sees all of us. We draw borders around our preferred ways of being a Christian and define all other ways as sinful, rather than see God ignoring all of our borders.

Personally, I think we are terrified. What God wants of us is far beyond anything we are ready to give. So we fuss endlessly about the institution of church and don’t risk seeing the one who had no place to lay his head — because that one has his hand out saying, “Come, follow me, and let us be homeless, property-less, despised and misunderstood together.”

The path Jesus actually walked is marked by suffering and total reliance on God. So we debate finer and safer points, which require far less of us. Our impassioned and yet trivial disputes push God away and make God seem small.

(Tom Ehrich is a writer, church consultant and Episcopal priest based in New York. He is the president of Morning Walk Media and publisher of Fresh Day online magazine. His website is www.morningwalkmedia.com. Follow Tom on Twitter @tomehrich.) The opinions are those of the author and do not necessarily reflect the policy and position of the Florida Conference.