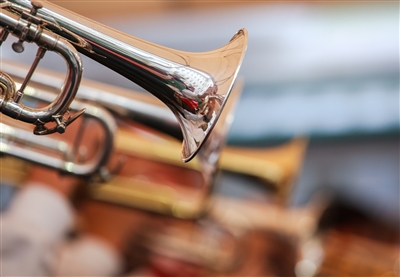 In a symphony orchestra, many people come together to play vastly different roles. One might find, for instance, a first chair violinist that is featured throughout a piece, playing hundreds or thousands of notes. In the same piece, there may be a need for a percussionist who has hundreds of measures of rests only to play a few notes at precisely the right time.

All effective groups contain both diversity and unity. In fact, it is arguable that without diversity, there is no unity (only a much less effective uniformity). Diversity will mean there are probably completely different roles, focuses and objectives at play simultaneously, but unity means all of that diversity is aimed at a common endgame—a mission that makes it possible for people within a team or orchestra, or perhaps a faith, to have complete unity within tremendous diversity. Without unity, the group is doomed to failure. A house divided against itself cannot stand, after all.

Perhaps this is why, of all the prayers Jesus could have prayed in the garden before He was crucified, the book of John records that He prayed for us, “that all of them may be one, Father, just as you are in me and I am in you ... in complete unity.”

Later, the apostle Paul wrote that in Christ, all of our divisions (religious, sexual, social and political) fade away (Galatians 3:28).

But now, 2,000 years later, the Christendom that claims to follow Jesus is divided into tens of thousands of bickering sects and denominations, more splintered and fragmented than ever before.

I actually think a little healthy friction in a team is OK. It’s understandable for the violinist to get a little frustrated at the timpani player for playing louder than the dynamic marking on the page dictates. But friction and division are not the same thing. There is a big difference between “you’re not doing your job well enough!” and “I’m not playing on the same team with him anymore!”

In modern Christendom, I’m afraid we too often let our friction veer into blatant and hateful division. In the last few months, I personally have been called a heretic, a blasphemer, a twofold son of hell and a fool that is leading thousands to hell, in which I happen to have a special spot reserved for me.

Why? Essentially because I (like a lot of Christians) believe evolution is the means by which God created us. And I’m certainly not the first or the only Christian to receive the brunt of this sort of evangelical fervor for saying so.

Again, I do not have a problem with Christians disagreeing with me about how I read Genesis. I don’t even have a problem with them getting angry and passionate about their opinion. The real problem begins when we start throwing around words that are intended to break unity, loaded words like “apostate,” “heretic,” “false teacher,” and so on.

Certainly, there were times when the biblical writers found it useful to use such language—when talking about someone preaching that Christ never actually came in the flesh, for instance. But we never see Jesus or the early apostles using that sort of language toward people who merely had differing interpretations of Scriptures. We never find Jesus calling someone a heretic because they interpreted an Old Testament story figuratively when it was supposed to be read literally or vice-versa.

Even in disagreements about significant doctrinal issues such as, “Should we follow the law anymore?” the early Christians maintained unity. They had disagreements, but for centuries, they saw themselves as one Body. How? Perhaps they shared an endgame—a mission that was much more important than any of their differences.

For early believers, unity was not merely a nice ideal to espouse as a theoretical good to aspire toward, but an essential missional condition in which to operate under. Without unity, there is no symphony.

This then begs the question: Are we, the Christian church in America, actually performing our role as the Body of Christ? After all, how can the Body of Christ, the very reality of the risen Christ, be so divided against itself? How could the eye say to the hand, “I don’t need you”? 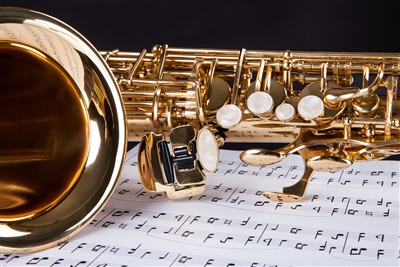 It seems we are in a situation where every single player in the orchestra has gone off into her own corner, playing her part to whatever tempo she deems best in the moment. And what we have as a result is a din of clamorous noise—a series of competing factions, each trying to prove they are more right about the musical score than the others.

No beautiful music will ever be made like that. And no group of people, regardless of their claims or beliefs, will ever be able to function as the Body of Christ like that, either.

So what’s the solution?

Perhaps we begin by at least recognizing the problem; by recognizing that what we are doing is not at all what the composer intended. Then perhaps we might do well to ask ourselves what our endgame actually should be as Christians. What is this piece we are trying to play together, after all?

Many of us would say our endgame is to draw people to Jesus. However, some might respond to that with questions about “which Jesus, exactly” or “what specifically about Jesus” do we hold as the most important endgame?

So what if we let Jesus tell us what the greatest endgame should be as people who want to follow Him? “What,” we might ask Jesus, “is the ultimate goal for the Christian? What does every piece of Scripture—every command, prophecy, story, history, parable and piece of tradition hang on?”

Courtesy Relevant Magazine www.relevantmagazine.com. Photo courtesy Bigstock. The opinions are those of the authors and do not necessarily reflect the policy or position of the Florida Conference.