Pastor says leaving traditional churches might be a good thing

Pastor says leaving traditional churches might be a good thing 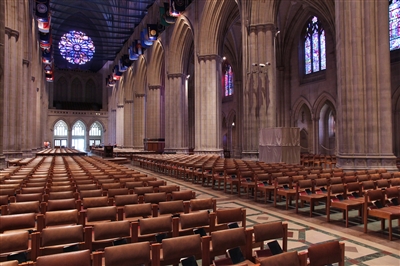 The rise of the “spiritual but not religious” in America has created a lot of conversation among Christians over the last two years. Now one pastor and activist is arguing that the trend might be a good thing. Kelly Bean is former pastor of Third Saturday Organic Community and coplanter of Urban Alley, a egalitarian intergenerational intentional community in north Portland, Oregon. She is author of “How to Be a Christian Without Going to Church,” which explores the benefits of alternative forms of worship. Here we discuss her message and whether it jibes with the Bible’s teachings.

RNS: It is understandable that some people don’t want to wake up on Sunday mornings and listen to a preacher talk past them. But Christians are still called to be a part of the church, so is going lone wolf really an option?
KB: Let me push back a bit. It is one thing to state a warning about the lone wolf syndrome as a statement of fact, and it is another to use it as a response or a rebuke to people who may be feeling for a variety of reasons that they have no alternative but to leave church as they have known it. I hope that those who read my book will hear me loud and clear when I say, “Please, DO NOT GO IT ALONE.”
Click here to read the entire interview. Courtesy of Religion News Service. Photo courtesy of Bigstock.com.