Seven years after I became the pastor of an amazing congregation, I knew something had to change or I could not continue in the work. Seven years after founding a consulting ministry, I had the same uneasy feeling that led to significantly reorganizing how I spent my time as chief executive. Seven years later, history repeated itself. In each case, I loved the work and the people.

Yet something had to change for ministry to move forward. 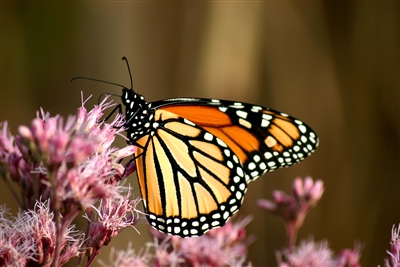 As a young pastor, I read Roy Oswald and Loren Mead from the Alban Institute address crises that happened, predictably, at certain anniversaries. My own experience confirms that many ministry positions follow a similar trajectory.

It usually takes a couple of years to understand the rhythms of a particular congregation or agency. If the situation is healthy, this first season is a honeymoon in which missteps are hardly noticed and quickly forgotten. The good will is palpable.

At about the two-year mark, there is often a problem that does not end well. The honeymoon is over. Missteps are now seen as mistakes. But the relationships formed in the honeymoon years are sufficiently close to encourage folks to give the leader a second chance. People realize that the leader is not perfect, but that is OK. For the next four years, the pastor and people have lots of good work to do.

Somewhere around year seven, I have found that the energy and ideas that fueled the first phase must be replenished to go much further.

For some, that means leaving one place and starting the process again. For some, that means staying put but undertaking some kind of course correction. In this situation the leader carefully assesses what is working and what is not. Those who stay for the long haul discover ways to build on the positive.

Healthy congregations and organizations are concerned about the tenure of their employees. Longer tenures are much better than short tenures. Yet some kind of fresh air has to blow in to encourage life. In large organizations, individuals can change departments and be considered for promotion. In smaller organizations, change has to come through adjustments to the job responsibilities.

Such adjustment can happen at any time, but if things go on too long the uneasy feeling I have described functions as a seven-year itch that increases the awareness of the need for change. The change can be deciding that the work needs new priorities and a different set of commitments from the employee and other leaders. Occasionally it is a new direction for the ministry or program. At other times, the change involves a shift in how to do the work so that all the participants have a chance to grow.

These seven-year patterns are much easier for me to see in hindsight. The closer I am to the situation, the more confusing it feels. With the benefit of a few times around this block, I now recognize the uneasiness. Knowing that the feelings are normal really helps.

Getting through the uneasiness involves discerning what is happening with me, with the people and in the context. Posing the following questions can help:

Notice that considering these questions does not require that others understand that you are feeling stuck or uneasy or at a seven-year crisis. Leaders can have conversations informally with lots of people around these questions. In the process and with prayer, clarity has always emerged for me.

Many factors can change the pace of the seven years. Joy and sorrow in one’s life and family -- marriage, birth, illness and death -- impact the arc of time. Growth and decline in the community, the coming and going of colleagues, and economic crises also have an effect.

In my experience, the seven-year itch may be delayed or hurried -- but eventually the itch comes. The only question is: How will the person and organization scratch it?

Courtesy of Faith & Leadership www.faithandleadership.com. Photo courtesy Bigstock. The opinions are those of the author and do not necessarily reflect the policy or position of the Florida Conference.