Three barriers to the church's ability to love others

Three barriers to the church's ability to love others 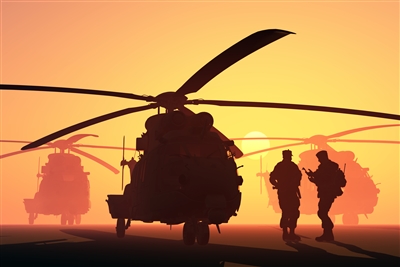 It often seems that in these times of trauma or tragedy, family comes together to stand with one another as we wrestle through. We aren’t picking fights, we are crying on each other’s shoulders.

In recent months, our human family has been enduring an especially rough patch:

Few have been untouched (in some way) by the realities unfolding.

However, in the responses to these tragedies and hardships, I have noticed something disturbing unfold. Rather than rally together as a family navigating a season of trauma, we have used this moment to divide, stir hatred and misunderstanding, point fingers and, more than anything, view those on the opposite side of an issue as less than human.

Watching political pundits bark the party line or news anchors posture themselves as authority figures rather than conduits of curiosity, I see three barriers that keep us from seeing others as divine image bearers who have stories, families, pain, hopes, traditions and a unique interpretation of reality.

Those of us in the West (and I’m sure many others around the globe) live in a culture of fear.

What if the terrorists strike my city? What if all of our jobs are taken by immigrants who don’t deserve be here? What if that person walking on the street (who looks different than me) tries to jump me? What if the stock market crashes and I lose all my investments? What if (insert name) gets elected and everything goes to hell?

We spend so much time trying to prepare for the “what if” that we completely miss out on the joy, beauty and opportunity right in front of us. We project our fear on others and undeservedly make them the potential culprit. Because everyone is out to get us, we can no longer trust anyone and our worldview is largely pessimistic.

“I tell you, my friends, do not fear those who kill the body, and after that have nothing more that they can do ... Fear not; you are of more value than many sparrows ... Whoever finds his life will lose it, and whoever loses his life for my sake will find it” (Luke 12).

In the end, if we truly believe Jesus is reigning, what do we have to fear?

Yes, we live in a country with unprecedented wealth, opportunity (for many) and infrastructure that has done remarkable things domestically and abroad. There are so many reasons to be grateful to live here.

That said, it is deeply disturbing to me how inverse our allegiances have become within the Christian subculture. Many, out of reverence to our country, have placed their primary allegiance to the USA rather than to the Kingdom of God.

Nationalism is a form of idolatry that we must repent from. We often unquestionably support policies and practices that support our nation even if they come at the expense of innocent human beings on the other side of the globe.

Further, we often place our hope in our elected officials rather than in Jesus (who reigns as King of the Kingdom that has come and is coming). It means we, whether subconsciously or consciously, see people who live outside of our borders as “less than.” We may not admit it, but it is certainly the case. If our war machines take the lives of those half way across the world, it is somehow easier to justify than if it were the life of one of our own.

May we, daily, submit ourselves, first and foremost, to the rule and reign of Jesus, praying, “Your Kingdom come, your will be done, on earth as it is in heaven."

The growing distance between those with economic and political power creates a social distance that doesn’t allow us to share tables with those who have differing degrees of power. Often, those in power don’t know the people who their power impacts, which leads to decisions that negatively impact those on the underside of power.

The flip side is that those without power are willing to dehumanize others as a way to ascend to power. If getting power means values and ethics are compromised (which inevitably has direct implications on human beings), then so be it.

Power is viewed as a commodity that can be acquired for our own advancement rather than gift to be given away for the flourishing of others. A utopian view would say everyone is born into an equal playing field of opportunity, but that simply isn’t the case.

What if we took seriously Jesus’ words that the first shall be last and the last will be first?

A Prayer for the People of God and Our Human Family

May we, the people of God, choose to live lives fueled by the hope Resurrection rather than held captive by the fear of death.

May we, the people of God, choose to rightly place our allegiance in Jesus and His Kingdom rather than become slaves to the kingdoms of this world.

May we, the people of God, choose to embrace the way of the Cross and freely give away power for the flourishing of others as we join God in the world He is making.

As our human family endures a season of trauma, may God’s image rise in each of us so that we can offer and receive love in the most unexpected people and places.

Courtesy Relevant Magazine www.relevantmagazine.com. Photo courtesy Bigstock. The opinions are those of the author and do not necessarily reflect the policy or position of the Florida Conference.