Responding to criticism in the church's culture of niceness

Responding to criticism in the church's culture of niceness

Every church leader has experienced it: someone in the congregation criticizes you, your ministry, your dog or your family. Or all of the above.

The words cut. Your blood boils. And it isn’t the first time. All too often, such criticism isn’t an isolated event but part of a larger, destructive pattern.

According to one recent study directed by Marcus Tanner of Texas Tech, 28 percent of pastors report having been forced out of a pastoral position at least once in their ministry by the sustained criticism of a small congregational faction. 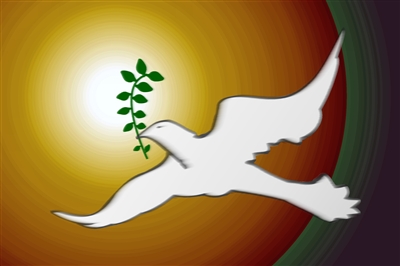 Or, as I’ve witnessed time and again, it’s the pastors who are the ones afflicting the parish with unmanaged anger. As in Ezekiel’s day, the people of God sometimes suffer under shepherds who consume the flock rather than care for them.

How can church leaders, both clergy and laity, respond to painful attacks in ways that are loving but strong?

Game theorists who study the repeated prisoner’s dilemma commend a robust behavioral pattern known as Generous Tit for Tat (GTFT). One of the most studied games, the prisoner’s dilemma is a thought experiment that pits individual interest against the common good.

If these were the only possibilities, the dilemma would be easy: both prisoners would always agree to cooperate. What makes the prisoner’s dilemma diabolical is this scenario: one prisoner betrays while the other remains silent, which allows the betrayer to go free while the betrayed serves a long sentence.

So, while it’s best if the two prisoners cooperate, there’s a strong incentive to betray. Many see this game as a model for real-world conflicts ranging from the Cold War to the division of household chores in a marriage.

Robert Axelrod of the University of Michigan used computers to test different strategies for playing repeated, or iterated, prisoner’s dilemma games. Axelrod and his colleagues assumed that the most selfish, deceitful and complicated strategies would triumph. Certainly, they thought, the prisoner’s dilemma is not a game in which nice guys would do well.

Surprisingly, the most successful strategy was the simplest: mathematical psychologist Anatol Rapoport’s Tit for Tat (TFT), which had only a few lines of code. TFT always initiated with cooperation; hence, Axelrod called it “nice.” But TFT was no pushover. Whenever betrayed, TFT defected for one move. Then, modeling behavior Axelrod called “forgiveness,” TFT returned to being cooperative.

Despite competing against ruthless and deceitful strategies, TFT proved to be the strongest. In further studies, an even more forgiving version of TFT that occasionally chose cooperation even when stung with defection -- Generous Tit for Tat (GTFT) -- proved even more robust.

This pattern of initial cooperation, a willingness to push back against betrayal and then a return to cooperation through forgiveness is not only a powerful, practical way to deal with conflict. It is biblical.

The story of God traveling with God’s stubborn people in the wilderness is a story of GTFT. God is entirely cooperative, wanting to partner with Israel on its journey from slavery to freedom.

But God is not to be trifled with in the wilderness narrative. While Moses is on the mountain receiving the law, the Israelites are busy defecting by worshipping new gods. Moses reacts swiftly -- he smashes the tablets, destroys the golden calf and puts some 3,000 defectors to death -- and God sends a plague on the people (Exodus 32). Then, forgiving Israel, God fashions new tablets and moves forward with the people.

In Paul’s first letter to the Corinthians, Paul demands that the Corinthians expel a man caught sleeping with his father’s wife, which demonstrates Paul’s willingness to meet defection with defection. Similarly, the harsh letter to the Galatians, lacking a thanksgiving section, offers a strong rebuke to a community Paul perceives as betraying his teaching.

Yet the ending of Galatians, written in Paul’s own hand, offers a touching demonstration of Paul’s desire to forgive and return to cooperation. Similarly, in the second letter to the Corinthians, Paul tells the community to forgive a man who had been expelled and served his time. Even though this man is probably not the same man mentioned in the first letter, this act of forgiveness still shows that Paul’s ultimate desire is relationship.

Even Jesus appears to follow a GTFT pattern in his ministry. Jesus’ teaching and healing show an almost unrelenting drive for cooperation. But unlike the “gentle Jesus, meek and mild” of the popular imagination, Jesus in Scripture often pushes back against uncooperative behavior.

Jesus meets the verbal traps sprung on him by the religious elite with verbal tricks of his own, as when the chief priests and the elders ask Jesus about the source of his authority (Matthew 21:23-27). And Jesus tells his disciples that when they enter a town or home that doesn’t welcome them, they should leave and shake the dust from their feet (Luke 9:5). Jesus even manifests a willingness to defect against his own followers when they go astray, calling Peter “Satan” after Peter rebukes him for speaking of his impending suffering (Mark 8:31-33).

But for Jesus, these pushbacks are never the last word. Always seeking reconciliation, Jesus teaches, embodies and lives forgiveness. He teaches us to forgive one another 70 times seven (Matthew 18:22). For Jesus, forgiveness extends even to our enemies.

But if God in the Old Testament, the apostle Paul and Jesus occasionally respond strongly to defection, most church leaders find little support for being drawn into the fray.

One of the most challenging things about conflict in the church is the thick culture of niceness. Many church members demand that their leaders maintain an almost impossibly high level of comity, even when strongly provoked. I’ve counseled many leaders caught in conflicted situations to remember that the people they have to worry about are not the ones causing them pain but the moderates whose support hinges on their leaders’ appearing to remain above reproach.

This niceness standard may not be fair, but it’s how the church works. When a leader responds to poor behavior by lashing out in kind, he makes it difficult for others to support him. So what’s a leader to do?

GTFT provides church leaders with a practical, faithful way to respond to challenging behavior. It creates space for people who want to be cooperative to thrive, and it protects the community from those with no ability or desire to put the needs of all ahead of their own.

First, GTFT counsels leaders to always assume the best, even after a challenging history. Setting the past aside is difficult. But by always starting with a spirit of cooperation, GTFT offers a helpful reminder that in Christ the dividing walls of hostility have already been broken down and cooperation is always possible.

At the same time, GTFT reminds us that just as Jesus pushed back against the moneylenders and Paul said that he wished his enemies would emasculate themselves, there are times when it is appropriate for leaders to defect against those damaging the community. Sometimes, defection may take the form of speaking a clear word of disagreement in a calm and loving spirit.

More often, though, when negative attention is still attention, one of the most powerful forms of defection is to simply redirect energy away from those behaving poorly and toward those who are building up the body. Redirection does not mean hiding from problems. Redirection acknowledges poor behavior but avoids feeding it with reprisal. Redirection has the added benefit of not appearing overly critical to the moderates whose support is crucial.

Then, after time has passed, GTFT encourages leaders to re-engage these difficult relationships by seeking cooperation again. Seeking to repair relationship after being hurt is risky, but it’s gospel.

Finally, Axelrod underscores that the key to making GTFT work is consistency. Consistency -- letting our no be no and our yes be yes -- is fundamental. Indeed, the challenge of consistency suggests that GTFT is not merely a technique but a spiritual practice, requiring significant time, prayer and counsel. Such consistency may be truly possible only with the help of the Holy Spirit.

Courtesy of www.faithandleadership.com. Photos courtesy Bigstock. The opinions are those of the author and do not necessarily reflect the policy or position of the Florida Conference.