How to escape from a bad game

How to escape from a bad game 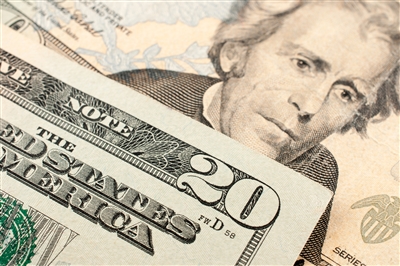 In the world of game theory, the game is always more important than the players. Otherwise good and moral people caught in a bad game will often fail to live into the people that they know they have been called to be. (And otherwise selfish and obdurate people in a good game will often act with more generosity and cooperation than the people they typically allow themselves to be.)

Most leaders know what it is like to be part of a bad game.

Economist Martin Shubik designed a game he calls the dollar auction to bring out the worst in us. The rules of the game are deceptively simple. The first rule is that the highest bidder wins the auction. The second rule is that the second-highest bidder must pay his final bid, even though he gets nothing. And the third rule forbids communication between the bidders.

Harvard’s Max Bazerman tests this game using a $20 bill. The game starts out quickly. Anyone would be thrilled to buy a $20 bill for a few dollars. But something strange happens as the bidding approaches $20.

The terrible game continues until the second-highest bidder caves and the “winner” pays for one very expensive lesson in humility. Disturbingly, Bazerman once played a version of this game with Wall Street bankers who sent the bidding for a $100 bill over $1,000.

It’s easy to think poorly of the greedy chumps who would ever consider paying more than $20 for a $20 bill, but under the right circumstances, even good leaders can find themselves sucked into playing a bad game.

I remember when a pastor I will call John first reached out to me. It was an emergency.

John had been locked in conflict with certain members of his congregation for years. To express his frustration, he had begun preaching sermons that angered the congregation and picking hymns they neither knew nor liked. While John had been seeking a call elsewhere, he had been unsuccessful. In addition, he was suffering from a serious medical condition and needed insurance. He felt trapped.

The equally frustrated congregants had been rumoring that they might not approve the pastor’s terms of call at the upcoming annual meeting. But as an aging, declining congregation in a depressed community, they were unlikely to find a new pastor easily.

As in the dollar auction, John and the congregational leaders were playing a game either side could “win” and still very much lose.

Fortunately, leaders can change the game they are in.

One way to escape a bad game is to change the rules. Sometimes, rules that seem set in stone are not.

The Uniting Church in Australia, for example, discovered this possibility over a matter of meeting procedure. While leaders valued the clarity of their traditional parliamentary rules, they also desired a process that would allow greater room for the Holy Spirit.

So they changed their Manual for Meetings to include several steps of discernment, allowing the body to have a better sense of what members were thinking and feeling before taking a Robert’s Rules of Order vote. They changed the rules to create a manual that manages to retain the clarity of parliamentary procedure while opening the doors wide to the Spirit’s movement.

Another strategy is to change the incentive structure. Game theory emphasizes the role that payoffs play in a player’s decision-making process. The importance of payoff is particularly evident when it comes to self-interest versus community interest.

Classical game theorists like John Nash focus principally on individual payoffs -- “What’s in it for me?” However, when actual human beings play cooperation games like the prisoners’ dilemma and the public goods game, they value fairness in the community alongside personal gain.

Preaching, liturgy, music, liturgical art and poetry play a vital role in helping individuals and congregations shift the balance from care of self to care of neighbor. While many of us walk around with an implicit bias toward getting our own needs met, the right word or image or piece of music at just the right time can subtly yet powerfully move us toward being better neighbors.

Years ago, a colleague told me about an octogenarian in his congregation who was attending their new contemporary service aimed at adults age 25 and younger. The music was loud; the liturgy nonexistent. Knowing this senior to be conservative, my friend told him he was surprised that he liked the service.

“Like it?” responded the older man. “Who said I liked it? I don’t care for any of this.” Confused, my friend said, “Then why do you come? You’re here every time.” His response: “I come because these young people like it, and they’re important to me. Some time back you preached about worship not being about us. I guess that got under my skin a little bit.” A sermon changed the payoffs for this senior, inspiring him to attend a service that did not meet his needs yet helped the young people he cared about.

A third way of getting out of a bad game is to change the players. Of particular importance is adding a player. This action may seem one of the simplest, but it can be one of the hardest -- especially if the conflict has become personal.

It can be difficult to realize that you have become part of the problem, which makes it even more difficult to ask for help. But often, adding even one more person -- especially someone outside the system -- can significantly change the structure of the game.

One of the great strengths of denominations with active middle governing bodies is that many structures exist for inviting new voices into conflicted situations. While adding players doesn’t always resolve conflicts that have festered for years, fresh insights are often just what is needed.

Finally, a fourth way of getting out of a bad game is to disengage -- either avoid playing or stop playing once you realize what’s happening. The only way to win the Shubik-Bazerman dollar auction? Never play it in the first place. And if you have already bid, then the only thing to do is smile, accept the loss and stop digging the hole deeper.

One of the hardest things for a leader to do is remember that not making a decision -- at least an immediate decision -- is often the best course. Warren Buffett humorously notes that “lethargy bordering on sloth” remains the hallmark of his investment strategy. When leaders feel pressure to appear decisive, they are in danger of overlooking the wisdom of nonaction.

With those strategies in mind, let’s return to the pastor I called John, locked in a conflict with his congregation.

The main approach the Committee on Ministry tried with John was to change the players.

A small team had dinner with John and then visited with the governing body of the church before the annual meeting took place. A particularly important move in putting that team together was to pick one member who was well-known and trusted by both the pastor and the congregation.

After these conversations, all sides agreed that the unfamiliar hymns were the most heated point of contention. With the help of the new, trusted player, the body decided to change the rules of what might be called the “hymn game.”

While the pastor certainly had the right under church polity to pick the hymns, he wisely agreed (with the nudge of this new player) to allow a small worship committee to pick one of the hymns each week, ensuring that the congregation would be singing some familiar and beloved music at each service.

While this didn’t rival the Camp David Accords, it was a small breakthrough that allowed the pastor to continue and gave the congregation a greater say in worship planning.

Have you ever been stuck in a bad game? What helped you get out of it?

Click here for the first column in this series.