Peanuts, Cracker Jacks and the game

Peanuts, Cracker Jacks and the game 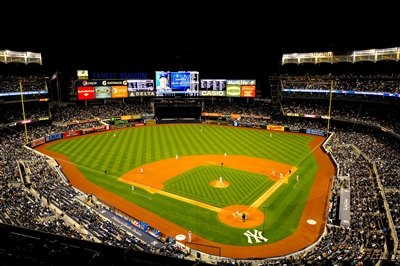 A beckoning call tolls across the land this time of year, calling the faithful to come and take their seats, to participate in the time-honored rituals of our parents and our parents’ parents and to teach our children the old ways. Some of us also go to church.

The allure of a summer evening at the ballpark, though, is particularly strong for me during these dog days, and I am not alone. Baseball has launched many a scribe into fits of purple prose, casting ballplayers as heroes, ballparks as cathedrals and the proceedings as, well, liturgy.

While those grand metaphors surely indulge in hyperbole, the aesthetics of a baseball game are rather enchanting. The field is a brightly lit pool of green, flanked closely by the stands, the ballpark often cleverly wedged into an irregularly shaped plot of downtown land.

There is time at a baseball game. Time to soak in the surroundings, catch up with friends, grab some peanuts, all while keeping track of the game. The lethargic rhythm of baseball, punctuated by bursts of near-chaotic action, has been the pulse of many a happy evening for me, the tradition of the game reiterating itself on that green, green field.

The game is where I find real beauty at the ballpark. In a way, everything else sets it up. Yes, the field is perfectly proportioned and measured out to produce incredibly close plays, and of course the relaxed and happy crowd atmosphere is a singular pleasure, but it is the unfolding of the game that draws me in and brings me back.

The way a fastball inside sets up a backdoor curve that loops over the outside corner, the way fielders position themselves for each pitch to each hitter, the way a base runner divides the pitcher’s attention, and the time between pitches for the batter to think and rethink and possibly overthink his next move -- all are part of the magic for me.

It is the small movements and subtle maneuvers on the field that make for the drama amidst the aesthetic splendor of a baseball game. While much of the cultural currency that baseball holds has to do with sepia-toned nostalgia and what Robert Lipsyte calls “godded up” portrayals of players as icons, each game occurs anew, bringing its own possibilities and excitements, which will be folded into the grand narrative (presumably narrated by Bob Costas).

My interest in the intricacies of the action is not universally shared, of course. For many folks, the game on the field is incidental to the experience of being at the ballpark, and I do not criticize them for that.

All the same, when the game gets really exciting -- when there are runners on in the late innings and the score is close -- attention tends to focus on the field. The atmosphere of the ballpark may be the selling point, but the game is the occasion.

In churches, summer heat and the lure of the coast mean that pews are a bit more sparsely filled and the church calendar a bit less crowded. There’s a temptation to head to that beautiful worship space on Sunday morning, to sing some familiar hymns and hear a familiar story, but to dial back the scheduled intensity of the cooler seasons.

Yet it’s important in these summer weeks to be mindful that the core experience of worship is not one of institutional routine or pleasing aesthetics but one of letting tradition and beauty set the stage for the divine drama unfolding in our midst. In the contemplative interstices of our summer, the drama of Christianity may yet play out with fresh excitement.

If you are one who leads worship on Sundays, there is, I would suggest, a bit of a challenge in this season. Planning worship and writing sermons this time of year can be less energizing, with no major church holidays after Pentecost. But there is also some freedom.

In this calmer season, there is space, as in a ballgame. Space for new ideas, space for experiencing God anew and space for finding a quieter worship experience.

I have seen walk-off home runs in nearly empty ballparks, and the thrill was undiminished by the small crowd. It was quieter, but the drama was compelling. It’s part of why I love the game: it holds the constant potential to thrill us, and we get to be at the ballpark until it does.

And so with our hymns and liturgies, our bells and our smells: they orient us toward the divine drama in our midst, and even if lives aren’t radically transformed on a given Sunday, we’ll at least be in the ballpark. Swing for the fences.