On domestic violence, the church has a long way to go

On domestic violence, the church has a long way to go 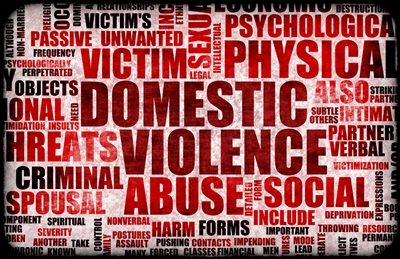 I thought at first that it was a fictional scene, conflating in one example some of the problems those of us in Christianity face when confronted with issues of domestic violence. The scene was set up as a call to rethink how we articulate our theology in areas like sacrifice and forgiveness and commitment and gender roles.

Here’s what I wrote in The Capital Times in Madison, Wis., that was posted on Sunday (June 22):

“A woman has been suffering physical abuse at the hands of her husband. She finally summons up the courage to talk to her pastor about it.

“His advice: First, you need to recognize that your suffering is like Jesus’ suffering. Next, you need to forgive like Jesus forgave. Then remember that you made a commitment to marry this man for life. He is the head of your family, so you need to make sure you are doing what he wants so as not to trigger his anger.

“And then an offer: Let me meet with the two of you and help you patch up your marriage.”

I described it as a fictional scenario. And then I heard this from a friend: “that was the response from my minster regarding my first husband 30 years ago ...”

I’d like to think that many pastors these days are a least a bit wiser both theologically and practically in how they deal with someone facing domestic violence. That’s reflected in a groundbreaking survey released last week by Sojourners at The Summit: World Change Through Faith & Justice.

In that survey of 1,000 Protestant pastors, 70 percent said they provide referrals to social service agencies when someone facing abuse contacts them. But about 12 percent said they would encourage the couple to “work it out” and 62 percent said they tried to do couples’ counseling themselves — a risky enterprise when violence is involved.

In my home community around Madison, a growing number of faith communities — Christian, Jewish, Muslim, and other traditions — are looking at how to do better at both preventing and responding to domestic violence. Among the things we are looking at are the faith-based responses that my fictional pastor gave in that opening scenario — and that the real pastor offered to my friend three decades ago.

One is the idea of sacrifice. Within some strains of Christianity, there is emphasis on offering up whatever suffering you experience to God. When you are being beaten by another who is part of your family, there is nothing spiritual about just putting up with it. Those of us in positions to talk about beliefs need to be very clear that “offering up suffering” is not a response to domestic violence.

Then there is the ethic of forgiveness. I think the notion of forgiveness is central to Jesus’ life and message. I have spent a lot of time in my ministry exploring how Jesus’ talk and actions around forgiveness are one way to understand the power of his death and resurrection.

But forgiveness is anything but a simple concept. It's not like flipping a switch. It’s not ignoring the harm that is being done to you. It is not a free ticket for an abuser. Nor is it something pastors ought to be imposing on victims as if somehow that will make them worthy in God’s eyes. First, the victim needs to be free of the abuse. Then the victim needs time — lots of time — for emotional as well as physical healing, Later, there may be a time for talking about forgiveness.

The idea of the marriage commitment being a sacred bond is deeply embedded in Christianity (and other religions). But as Serene Jones, the president of Union Theological Seminary in New York City put it at The Summit during the discussion of churches and domestic violence, the core idea ought to be “God wants everyone to be safe.” Staying in a marriage when your life is threatened or your body abused ignores the reality of a commitment that is already shattered.

Even the Roman Catholic bishops — no slouches when it comes to defending the sacredness of the marriage bond — were very clear in a pastoral letter back in 2002: “We state as clearly and strongly as we can that violence against women, inside or outside the home, is never justified … We emphasize that no person is expected to stay in an abusive marriage … Violence and abuse, not divorce, break up a marriage.”

Finally, there is the role of men and women in relationships. Some Christian traditions cite biblical texts about the man being the head of the family. While I don't agree with that interpretation, nowhere do those texts give a man the right to physically impose his will on or to abuse his wife.

Steven Tracy, a professor of theology and ethics at Phoenix Seminary in Arizona, wrote in an essay in 2007 that “while patriarchy is not the sole explanation for violence against women, we would expect that male headship would be distorted by insecure, unhealthy men to justify their domination and abuse of women."

In that context, it’s good to remember the words of Paul in the Letter to the Colossians: “Husbands, love your wives, and do not be harsh with them.” (Col 3:19)

What all this suggests — from the personal examples of people I know to the detailed data in the Sojourners survey of pastors — is that the work of the church has a long way to go. We need both to develop a theology that can lead survivors of abuse to freedom and safety and to increase the day-to-day knowledge of pastors in the complicated but essential role they have when someone in an abusive relationship seeks their help.

If we are to reflect God’s love and care, we can do nothing less.

Phil Haslanger is pastor at Memorial United Church of Christ in Fitchburg, Wis. The opinions in this commentary are the author's and do not necessarily reflect the position or the policy of the Florida Conference.