It’s easy for the faith of children to go unnoticed. But here are four spiritual things kids do better than adults:

Nobody asks more — or better — questions than children. “Who?” “What?” “Where?” “When?” and “Why?” are expressions patented by kids everywhere. They’re obnoxiously curious and want to know everything about everything.

They aren’t afraid to ask the most difficult and messy questions. Too often we mistake spiritual maturity for certainty, and lose our thirst for discovery. Kids remind us how to approach God — truthfully, stubbornly, inquisitively, and tirelessly. 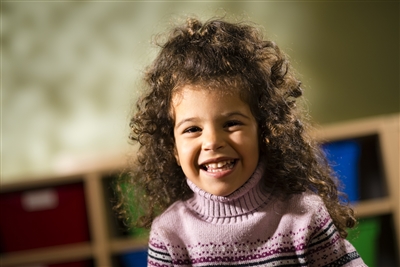 Nobody is more truthful than children — often brutally so. “That looks ugly!” “I don’t like them!” and “This meal is horrible!” are just a few of the unfiltered expressions that spew from the mouths of kids.

But children hold nothing back. They don’t put on a facade or pretend everything is OK. If something is wrong — they’ll tell you.

Being vulnerable, open, and awkwardly transparent is what children do best. It’s a remarkably important spiritual gift that seems to get lost with age.

Adults are experts at hiding their genuine selves, putting on fake smiles, and keeping up appearances. Within Christianity, few are able to reveal their true identity, bravely admit their deepest fears, declare their opinions, openly confess their sins, or simply be themselves as sincerely as children.

Kids remind us just how awesome God is. Children marvel at the magnificence, mystery, and wonder of God. They scream, yell, dance, and gleefully cheer about God — they’re utterly fascinated.

They desperately want to KNOW God! They believe. They’re immersed within a sacred — enchanted — romance.

Being unquenchably and explosively enthusiastic about Jesus shouldn’t be a spiritual practice exclusively reserved for kids.

Unfortunately, as adults get older they tend to lose this sense of curiosity, wonder, and fascination. Faith can slowly devolve into something mundane, boring, and normal. Our awe can become tainted by cynicism and bitterness.

Fortunately, kids understand and reflect the frenetic reality of the divine. If only we could do the same.

Kids bravely do things nobody else would dare attempt. They’re experts at making nearly everything breakable, dangerous, and hazardous. They foolishly jump, ran, dive, roll, crawl, swim, fly, fall, and boldly go where none have gone before.

Adults are the exact opposite: logical, safe, and calculated — boring. We rarely go beyond our comfort zones. Thus, we turn Christianity into a religion of safety, a form of escapism. We become trapped by careers, comforts, commitments, responsibilities — rational excuses.

Following Jesus was never meant to be safe — and definitely not logical. Christianity is a perilous journey filled with all sorts of treacherous adventure. Children understand this better than anyone.

Jesus saw how the faith of children (Mark 10) was a beautiful and precious gift. Too often, we dismiss the legitimacy of their spirit, underestimate the depths of their soul, and belittle their beliefs.

We mistakenly see their spiritual attributes as something to grow out of instead of into. We should treasure these childlike traits, and seek to foster them into adulthood. God help us.

Courtesy of Sojouners www.sojo.net. The opinions are those of the author and do not necessarily reflect the position or the policy of the Florida Conference. Photos courtesy of Bigstock.

Stephen Mattson blogs at stephenjmattson.com. He's contributed for Relevant Magazine, Redletterchristians.org , and studied Youth Ministry at the Moody Bible Institute. He is now on staff at the University of Northwestern – St. Paul, Minn. Follow him on Twitter @mikta.