Despite the tech-rich environment, these youths aren’t meeting at an urban cybercafe or taking a class at an Apple store. They are congregating at the Upper Dublin Lutheran Church fellowship hall in the Rev. Keith Anderson’s weekly catechism class. The day’s focus is on the third commandment: Remember the Sabbath day and keep it holy.
But Anderson sees no irony in allowing his students to noodle around online as part of a discussion on God’s rules of rest. Indeed, this is their Sabbath. 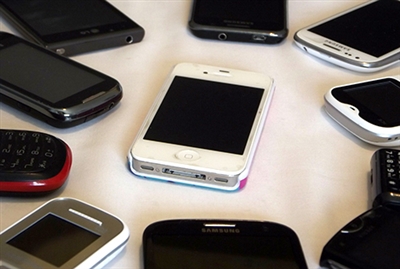 “When we were planning this class, we debated whether or not we would let them use their smartphones during the 20-minute in-class Sabbath time,” said Anderson, the 39-year-old pastor of Upper Dublin Lutheran, a 1,000-member church family in Ambler, Penn.
“And then we decided, yes we should. This is how they relax. This is what they would do to relax. This is how they experience Sabbath,” he said.
Over the last five years, Anderson has built a national reputation in Christian circles as a social media expert -- especially as the technology relates to teens and tweens. He is best-known for the 192-page paperback “Click 2 Save: The Digital Ministry Bible,” which he co-wrote with Elizabeth Drescher, a professor of religious studies at Santa Clara University.
More than a gimmick to spark the teens’ interest, Anderson says, social media can be used as a tool to convey the ancient teachings of the church in the formation of a new generation of Christians. It can help break down barriers, reach across fractures in teens’ lives and engage teens in the spaces -- digital or otherwise -- where they live.
“How do we equip them to take care of themselves in this space, and be people of faith, if we aren’t in this space?” he said.
In his own church, he is incorporating technology and social media into the everyday life of faith, including youth formation. It’s more than just letting the students text during breaks; as part of the class’s fall Ten Commandments project, Anderson asked his students to Instagram pictures of their ideal forms of Sabbath. They’ve discussed Christlike behavior on the Internet, and what it means to be a “digital disciple.”
“We are all inspired by what we see online in our faith community,” said 18-year-old Will Thornton. “It’s another way for us to learn and connect with other people in our faith, whether we are having good days or bad days.”
God in the Twitterverse
Anderson’s social media philosophy is simple: God is everywhere, even in the Twitterverse. And if the church fails to embrace that, it stands to lose its future members.
“We remember a time before email, before there was social media,” said Anderson, pointing out that even email is an outdated form of communication for today’s teens. “These kids will never know that time.”
“[Social media] isn’t just a tool you can use in formation, like the way we used a slide show in the 1960s and ’70s,” said Drescher, Anderson’s co-author. Drescher, an Episcopal scholar, also wrote “Tweet If You Heart Jesus: Practicing Church in the Digital Reformation.”
“The church is slowly starting to acknowledge that social media is the landscape of communication,” Drescher said. “This is the medium where spiritual growth is happening, so we have to be working in that medium.”
Drescher points to the New York-based liturgical organization Digital Formation as an example of embracing social media for formation. The educational group seeks to help clergy and laypeople in the Episcopal Church use social media through webinars and Twitter.
These organizations “are drawing on the most positive potential of the new media landscape,” Drescher said.
Last fall, Drescher asked students in her Christian tradition course to post images of ideas, themes and people relevant to the history of Christianity on the social media site Pinterest. There are more than 1,000 pins on the resulting “Seeing the Christian Tradition” Pinterest board, ranging from depictions of John the Baptist baptizing Jesus to photographs of Nelson Mandela.
Like Anderson, Drescher sees a parallel with an older form of church teaching.
“Pinterest is a modern-day stained-glass window,” Drescher explained. But unlike the stained-glass windows in a given church, which are accessible only to the people in that region, Pinterest boards are accessible from any computer with Internet access. 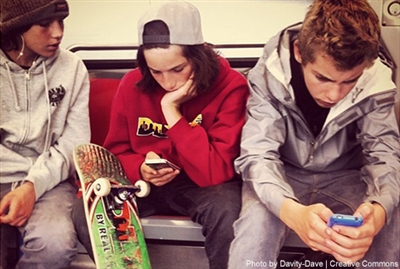