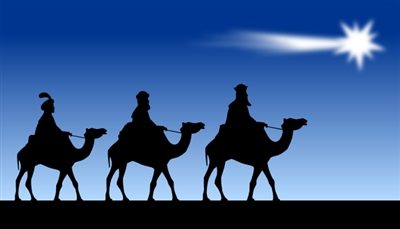 A new calendar year marks the end of the Christmas season and a shift to the season of Epiphany that spotlights the reality of the Incarnation. In sync with our personal promises to discontinue bad habits in favor of better practices, the lectionary readings capture familiar expressions of vocational clarity and ministerial frustration. The season is a mosaic of self-examination peppered with moments of great light penetrating the darkest despair. Whether ancient Israel (living in exile in the sixth century B.C.E.), the followers of Jesus (in the first century C.E.), or 21st century seekers of spirituality without religion, the description is the same: The disenfranchised, disappointed, and divided discover a glimpse of the reign of God.

Read these texts as snippets of ancient social media: status updates of a prophet, blogs about the ministry of Jesus, and PDF files about early church practices. Each exposes the light of God pushing into the darkness of human existence: frustrated ministers, radical promises of forgiveness, reports of flourishing charismatic leaders, stalemated efforts due to divided affiliations, petitions for lawmakers to practice impartiality, and the death of one imprisoned on suspicious testimony. Familiar, jarring, and too often tamed, these texts deserve at least the attention afforded public policy debates and celebrity rumors.

A close reading of the text does not lend safety by avoiding the prophet, ignoring John’s message, or disputing baptism rituals. Every baptized believer is called to arise and live as if the kingdom of God has come.

Leaving aside behind-the-text editorial arguments regarding this triple-issue documentary, the opening of Isaiah 60 provides more than a backdrop for the arrival of wise men who almost fall victim to the scheme of a wicked king. In turbulent times of political posturing, economic constraints, and social disruptions, the words of the prophet Isaiah penetrate a gloomy present with a glorious pronouncement. Addressed to an audience divided between those exiled to Babylon who returned to Jerusalem and those who remained in the land through its devastation, each looks for signs of the divine deliverance previously promised. The conflict between the sixth century B.C.E. exiles almost foreshadows present-day disputes between professional politicians and newly elected idealists committed to reform and change. As it (again) becomes evident that the path to national health and prosperity will not easily be made smooth, lingering with verses may raise the volume on the yet-to-come tone of the announcement.

As such, the prayer of the psalmist seems appropriate for a people who seek that their practices demonstrate the glorious presence of God. Notice the prayers are not for a particular leader, but for whomever holds the position. Respecting the office and its authority, the people of God pray for the success of the king. As king, the leader warrants the prayer support of the people who petition for the spirit of God to enable their success as one who champions the cause of the poor, provides opportunities for the needy, and thwarts the efforts of those who oppress. As Miroslav Volf reminds us: “The advent of light into the darkness of the world is not the goal; it is part of the movement toward the goal” (emphasis added).

Against this background, the ministry of Paul among the Gentiles becomes evidence of the reconciliation possible when God’s redemptive plan is unveiled.

Action occurs before words in Matthew’s gospel. You may be surprised to notice this. Before the powerful Sermon on the Mount, Jesus acts (Matthew 4:23). So when we finally hear the voice claiming Jesus as “son,” it confirms acts of obedience that have pleased God. Offer such a surprise to your audience when rehearsing this familiar exchange between John and Jesus. Draw their attention to the justice to come more than the confusion of the moment.

Actions also ignite protest. Jesus comes to John, and John’s protest acknowledges that he recognizes Jesus’ power. Is this the presence of the reconciling power of God: The one described in Isaiah as merciful, just, and unrelenting, who brings liberation? Such practices have been abandoned in churches that count the number of baptisms—rather than the transformation of the community—as the sign of success. The act of being baptized enables the fulfillment of all righteousness.

Peter’s sermon testifies to the good that Jesus did as evidence that the spirit of God was upon him. To call for practices after baptism requires self-examination before baptism. Does one join the fellowship of a local congregation or the work of the Holy Spirit? A transformed community knows the work of the Holy Spirit, recognizing that God does not segregate between people. Everyone who worships Jesus, including immigrants from other nations, belongs to the community. Hak Joon Lee, in his book The Great World House, describes Martin Luther King Jr.’s coalition-building as including “local grassroots people, civil rights groups, diverse religious groups, peace activists, labor unions, progressive intellectuals, and Quaker pacifists.” If locally and globally those who claim to be Christian act across dividing lines of political party, national origin, and economic class, then the wider world might protest. Or maybe, in surprise, they will sum it up, as N. T. Wright does: “The revolutionary new world ... has its frontline outposts in those who in baptism have shared [Jesus’] death and resurrection.”

Many news outlets, and not a few churches, will draw attention to the life of Martin Luther King Jr. during this week marking his 85th birthday. My own United Methodist denomination acknowledges Human Relations Day as a way to highlight ministries that recognize the right of all God’s children to realize their potential. This potential does not mean impatient claims to the rights of American individualism, wealth, and an Ivy League education. The potential is to be a reconciled community.

The prophet Isaiah’s clarity of call did not immediately result in contentment with his vocation. He deemed this work irrelevant and ordinary until asked if the task of God is too small a responsibility (49:6). Can the contemporary church accept her potential to release the captive if it means undermining the system of mass incarceration of black and brown bodies? Does God call us to understand the plight of undocumented residents?

Biblical scholar Paul Hanson cautions against debating the identity of the Suffering Servant. He instead reminds us that the servant is multivalent in meaning to suggest both the individual and the community. Whether one sits in the pulpit or the pew, considers their personal calling or examines the responsibility of the congregation, we should never question if the church is relevant to the world. Like the Christians in Corinth, we are set apart from a disenfranchised, disappointed, and divided society to be a community that invites others to call on the name of Jesus.

John’s testimony about Jesus invited others to seek Jesus for themselves. To be Christ-like, we must not claim that our potential is economic classism, academic elitism, or personal fitness, but rather the patience of sharing with others whose insecure steps need guiding to the rock.

These readings would leave a trail of scandal if practiced by the people of God today. They call for uncommon practices of reconciliation, radical acts that cannot be confused with sanctimonious language of acceptance, but rather are genuine practices of justice extended to all.

The growth of John’s ministry is met with his wrongful imprisonment and subsequent death. Jesus is not afraid to continue the call for repentance that John preached. Only, as John indicated, the power of Jesus would be evidence in the in-breaking of the reign of God. The scandal is that God intrudes into the despair, interrupting the darkness.

Rather than lament on the effects of the darkness, Jesus labored to usher in the light. Against the gloom of disease, Jesus shines the cure of health. Against the darkness of ignorance, Jesus ignites the hearts and minds of listeners by teaching them. So, too, does Paul, pulling down the walls of division that today might look like denominations, political parties, or the zip code of one’s residence. Can a Christian accept her potential to restore creation in light of climate change? Does God call us to understand the plight of undocumented residents? If the world thinks this is scandalous, then not to do it is scandalous to the reign of God.

Courtesy of Sojourners www.sojo.net.  The content is the opinion of the author and does no necessarily reflect the policy or position of the Florida Conference.