Ken Evers-Hood: The struggle between our inner Esau and Jacob

Ken Evers-Hood: The struggle between our inner Esau and Jacob

Editor’s note: This is the second in a series of essays about behavioral theology.  Click here to read the first essay.  Courtesy of Faith & Leadership www.faithandleadership.com.

The children struggled together within Rebekah; and she said, ‘If it is to be this way, why do I live?’ So she went to inquire of the Lord. And the Lord said to her, ‘Two nations are in your womb, and two peoples born of you shall be divided; one shall be stronger than the other, the elder shall serve the younger.’ Genesis 25: 22-23

At some point most people learn the importance of delayed gratification. I remember a fairly painful symbolic logic final I endured as an undergraduate. I chose the delights of springtime in Austin over my p’s and q’s, and I wound up paying the price for it. 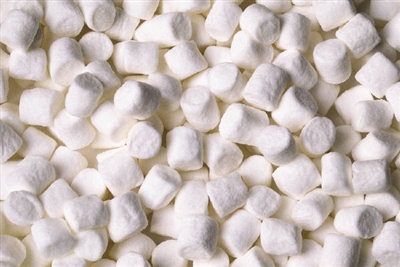 Ever since the Stanford marshmallow study of the 1960s, social scientists have known the crucial importance of being able to put off until tomorrow that which you’d prefer to do today. (For a hilarious contemporary, cross-cultural take on this watch Joachim de Posada’s TED talk with video footage of children subjected to marshmallow torture.)

Esau learned this the hard way. The story is familiar. Jacob is hanging out, cooking up a mess of stew. Then Esau comes around after working up an enormous appetite. “What’s that?” he demands. “It smells amazing.” “What, this?” says Jacob, with the slyest of grins. “I’ve gotta have me some of that that. Give it to me now,” Esau threatens. “Oh, you want it?” asks Jacob innocently. “Well… I’ll tell you what. You trade me your birthright, and you can have the whole thing.” “Done,” agrees poor, impulsive Esau.

And just like that, the person able to delay gratification bests the person who is unable to resist the tyranny of the now. Given Laban’s deception later on, Jacob’s ability to privilege the future would serve him well.

The interesting thing to me about Jacob and Esau’s sibling rivalry isn’t so much the dispute between the older brothers, but the fighting they did when they were both inside Rebekah’s womb. The image of Rebekah with two beings struggling inside of her is precisely how contemporary behavioral theorists portray human anthropology.

Nobel Prize laureate Daniel Kahneman sketches this out in his recent must-read summary of his work: “Thinking Fast and Slow.” Kahneman invites his readers to imagine the brain as having dual systems something like two characters in a story.

System one, he tells us, is our automatic system. It’s running all the time. Our automatic system is the part of us that is able to look at someone’s face we know well and tell in an instant whether he or she is angry or about to burst into tears. We don’t look at a loved one and analyze the angle of her eyebrows and the shape of her mouth to tell she’s had a terrible day: we just know.

Our system two, on the other hand, is the part of us that we’re aware of when we’re thinking. If someone asks you to multiply 27 by 68 in your head without using a paper and pencil, most people are capable of this, but only with great effort. You can’t have a conversation when you’re doing this. You certainly wouldn’t want to be driving while doing this, at least not with anyone you cared about in the passenger seat. You would be very aware of the fact that you were thinking.

Now, most of the time these two characters, this internal Esau and Jacob, get along just fine. The automatic system, Esau, handles almost all of our thinking just below the level of our awareness. On the rare occasion that something surprising confounds our Esau, our reflective system, our inner Jacob, weighs in and makes decisions.

And, if we have enough sleep, ate a healthy breakfast, and have enough time and energy, this Jacob can even make good decisions now and then.

The problem is our reflective system is easily exhausted. It does not take much to tire Jacob out until he’s lying on the ground, a stone for a pillow and snoring while leaving Esau in charge. This is when bad things happen.

In an off-cited experiment conducted by professors Baba Shiv and Alexander Fedorikhin, subjects were divided into two groups and asked to memorize a set of numbers, walk down a hallway, and then record the number in another room as part of a brief interview. The experimenters promised to take care of their subjects, telling them snacks would be provided when the experiment was over.

What the participants didn’t know is that the experimenters didn’t really care how well the subjects remembered the numbers. What they were actually interested in is whether the participants picked the salad or the cake.

The surprising thing about this study is how little it takes to exhaust and deplete our Jacob. It takes a great deal of energy for us to be rational, reflective, and focused on the long term. Even trying to remember seven-digits is enough to allow Esau to take over.

One reaction to this and other similar studies is to want to repress or even rid ourselves of Esau.

Many of us share Rebekah’s inclination to side with Jacob and steal Esau’s blessing along with his birthright. Indeed, the consequences of Esau being in charge can be so disturbing that we recoil, wanting to do everything possible to reduce or even eliminate Esau’s presence.

Having taught some of this research to church members in an adult education class, I found this response to be particularly strong. Aren’t we supposed to be different? Aren’t we called to a higher, more narrow path?

But these Pelagian tendencies do not serve us well. Just trying harder, or just exerting our will power more, doesn’t change the way our brains are wired in our full humanity.

As in Genesis the solution lies in finding ways for these warring brothers to reconcile. In the end Jacob makes peace with Esau by recognizing his strength and even allowing him to take the lead. In the text Jacob returns with his gifts, and Esau invites him to walk alongside of him.

But the easily fatigued Jacob, tired from the journey, sends Esau on ahead only to follow later. It is only when Jacob and Esau come back together and Jacob acknowledges Esau’s power that peace is restored.

So it is with us. Easu, our automatic system one, runs constantly, filtering and assessing information underneath the reflective awareness of our Jacobean reason.

This affects every aspect of Christian leadership.

The people we lead come to worship after long nights of wakeful children. The people we lead arrive at meetings after long days of frustrations and anxiety at work. And some of the people we lead, the ones who seem to disagree with every point we make and get on our last nerve, aren’t simply refusing to see the reason in our crystalline theological arguments, but are responding to us at a level below reason, just as we are to them.

But we can’t do these things with the false assumption that theology and exegesis and liturgical history alone are adequate or even primary activities. Such reflective, cerebral work is secondary if not tertiary to our human needs, which enable, or disable, our ability to think well.

This isn’t merely true of the people we lead, but it is the reality for busy, tired, and anxious leaders, too.

The good news is that when Jacob and Esau reconcile, these twins, these two aspects of ourselves, may eventually come to dwell in Canaan, the promised land, the land flowing with milk and honey.

The views in this commentary are those of the author and do not necessarily reflect the position or policy of the Florida Conference of The United Methodist Church.