Will we pay the price of a reality check?

Will we pay the price of a reality check?

The Old South, appropriately, has been both mocked and ridiculed for euphemistically “sipping mint juleps under the magnolia tree” using vintage family china and carrying on a conversation reflective of the Antebellum days. Thousands lived out their days in denial of the new world around them, and sadly, they contributed almost nothing to that world as they either wrung their hands or reminisced about dead heroes. I have a very wise friend “Northern” friend with whom I engage in “holy conversation” who often uses the term, “reality check.” She will not allow me the luxury of living in the past. She forces me to engage the world that “is,” not the world that is “gone with the wind.” Dr. Nido Qubein, who has led High Point University from the academic world of mediocrity to the summit of excellence, reminds us trustees and the returning alumni, “You can visit the past, but you cannot live there anymore.” 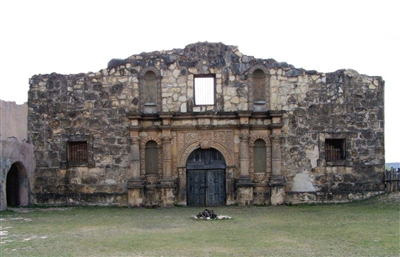 Perhaps my imagination is absurd, but I think not, for I see, hear, and read of so many brilliant leaders of our present message, mission, and method who are living with old paradigms Their response (which is typical) to the changes in our culture is to try harder and to circle the wagons, going into defense mode, even to the point of developing an “Alamo complex.” Let us remember that all the men in the Alamo became dead heroes—heroes, yes, but dead! We United Methodists are not called to a “last stand” of our traditions until the surrounding culture overwhelms us. We are called to be Jesus people in this time and in our present place.

Will Rogers was right: “Things ain’t like they used to be and never wuz.”

When do you think was the “golden age” of Methodism or the EUB Church? If you look at any pictures of almost any congregation in the days following World War II you generally will see many more people than are attending that same church today. If attendance were the mission, those were the golden years.

However, the only voice of social justice was an annual commitment card to abstain from the use of alcoholic beverages for the ensuing year and to echo the United Nation mantras about world peace and “one world order” or the cold war invective against “godless communism.” Very little was said about racism until “Brown vs. the Board of Education” came before the Supreme Court in 1954. The word “feminism” was barely in the dictionary — not in common use, and certainly not in the pulpit. Sunday School literature taught children a surreal view of what it meant to follow Jesus—“just be a good boy or good girl.” The cross and the atonement were excised from all children’s literature. Jesus was portrayed as “gentle Jesus, meek and mild.” Billboards across the land promised that “the family that prays together stays together.” We never articulated the possibility of child molestation or marital abuse. Most sermons were topical, not biblical. Even Easter sermons talked about “immorality,” not the resurrection of Christ.

Until 1964, church growth was biological. It stopped almost precisely simultaneously with the advent of the birth control pill. One dimension of this over-looked reality was the decline of the rural church. The “Town and Country Movement” launched in the 1940’s developed enough message and muscle to have every seminary place a professor of “T own and Country Work” on its faculty, but all of t hem were rural sociologists, not mentors on bringing people to Jesus Christ! With incredible denominational loyalty, the rural areas were a pipeline to the burgeoning suburbs. By the late 1950’s, we were experiencing what Gibson Winters of Garrett Evangelical Biblical Institute called the “suburban captivity of the church.” Young preachers used their rural parishes as stepping stones to growing suburbs and “First Church: Jerusalem.” The same was true of strong churches whose constituency was “blue collar,” often the center of a mill or mine village. Indeed there was a time that the majority of pastors came from our rural and blue collar churches. The pastor was the hero of children and youth and God used the opportunity to call them to preach.

We sold our soul to the culture. The prophecy Richard Niebuhr made in the 1930’s came true by the 1950’s—culture had so effectively contextualized Christ that many of our Sunday School and pulpit message sounded like what Diana Butler Bass calls “the Rotary Club at prayer.” Thousands of rural churches and mill & miner village churches were closed, creating a vacuum of ministry that was filled by fundamentalist churches whose positive message was, “Believe on the Lord Jesus Christ and you will be saved” and whose negative message was, “you are a passenger on a hellbound train.” Their message touched the same primordial need that “country music” touched—the pathos of sin. Unlike the “somebody done somebody wrong” songs, the gospel of the footstomping, arm-waving evangelist was, “Wilt thou be saved? Then why not tonight?” It struck a responsive chord. In the communities and villages we abandoned, they built a new religious ethos.

Just like the proverbial “frog in the kettle,” our vital breathe was slowly dying. We were aided and abetted in our denial by two secular factors:

As the 1960’s saw violent socio-economic unrest and change, the Methodists and Evangelical United Brethren were locked into an obsession with the evils of denominationalism. The highest priority between 1904-1939 was “unification”–the merger of three branches of Methodism. By the late 1950’s the highest priority was the dual track of abolishing the racist Central Jurisdiction and merging The Methodist Church and the Evangelical United Brethren Church. Both accomplishments were applauded as significant steps toward fulfilling Jesus’ prayer in John 17 “ that they may all be one.”

However, neither merger resulted in more disciples of Jesus Christ. Indeed the percentage of African American members has decreased since the merger of 1968 and we have lost the numerical equivalent of the EUB Church. In many towns where “German Methodism” flourished, there would be an EUB church and a Methodist Church on the same city street or rural community. In the wake of the merger hundreds, if not thousands, of those former EUB churches have closed or atrophied to very small memberships. Merger was not a “bad thing,” but if in delineating the mission of the church “the main thing is to keep the main thing the main thing,” we were inordinately infatuated with what Amos the prophet and Peter Berger the social analyst called “the noise of solemn assemblies.”

Gradually, we developed an apropos wording for the Book of Discipline: “The mission of the local church is to make disciples of Jesus Christ and to transform the world.” Aha! So the main thing is to make disciples who, in turn, become the salt of the earth, the light of the world, and the leaven in the loaf of secular culture! But here’s the “rub.” We have not made disciples to offset those who have left our churches “for love of this present culture,” or for other faith communions, or by incapacitation and death. Our professions of faith are an embarrassing statistic. Confirmation is almost totally an educational experience of short duration and infrequent life-change. Adult conversions come mostly through extra-parish experiences like “Walk to Emmaus” or non-UMC settings like Bible Study Fellowship or an evangelistic crusade(also a fading paradigm). Some student conversions are through Wesley Foundation chapters, but the preponderance come through para-Christian groups like Campus Crusade for Christ, Young Life, Intervarsity Fellowship, Fellowship of Christian Athletes, etc.

Methodism was born on a university campus—Oxford. Why can we not connect with the college ethos today? Most of our converts in the 19th century were among “the last, the least, and the lost.” Can we do it again, and if not, why? Have we become a people of affluence who are socio-economically possessed rather than Jesus centered? It’s time for reality check.

As I continue my column in the newly revised www.unitedmethodistreporter.com, I will be looking at how we can respond creatively to redeem and sacrifice some our old paradigms for God’s new work today. I want to consider the “chemistry of conversion” we consider a new vision for where God is leading us.

Len Sweet calls us to see the church’s mission and the pulpit’s message as “following Jesus” rather than joining the church. With his usual wise insight, he writes, “To follow Jesus does not mean to have all the answers…that you have it all together personally.. that suddenly all the shades go up and the shadows of life disappear. It just means that you keep on moving after the One you’ve said “YES” to.”

May we all keep moving to follow the great YES wherever that leads us.

Dr. Donald Haynes is a retired clergy member of the Western North Carolina Annual Conference and the author of “On The Threshold of Grace–Methodist Fundamentals.” Courtesy of the United Methodist Reporter.