About a year ago, a young woman in her 30s began attending our church. Rebecca had traveled a great deal, and most recently had lived in Brazil. She had moved to Miami for her job and was excited to get to know the city. I was excited to see her enthusiasm about finding a church home.

Rebecca first became involved in our homeless outreach ministries by signing up to serve breakfast at 7:30 a.m. on Sundays. She also volunteered to help at the holidays. Although she traveled quite a bit for work, Rebecca always made it a point to let me know where she was and when she’d be back. She was a regular worshipper and joined the congregation in membership about three months after first visiting.

I found myself beginning to dream, as pastors do, of the ways Rebecca’s many gifts could be utilized in our congregation. I prayed for how the Lord might open possibilities for her growing involvement in our church.

Six months after Rebecca joined, however, she approached me after worship with excitement in her eyes. She had been offered a promotion and would be moving to Tokyo. Easter would be her last Sunday with us.

“It’s been so great to worship here this last year,” she said that day. “I’ll miss you,” she lamented as she hugged me. Not as much as I will miss you, I thought to myself.

And so it has gone with more than half a dozen young adults since I arrived to serve this downtown congregation four years ago. Another six young couples have arrived, and left, in this four-year window. Graduate school and job opportunities call them away.

But it is not only the young. Empty nesters who moved downtown to experiment with condo living have decided to move on to another adventure. Others have moved because of job and family changes.

Is this sounding familiar?

It used to be that these scenarios were common only in urban churches. People, it was thought, do not stay long in the city. They come and go. Churches in these areas, of course, will feel the weight of these transitions. “Tough luck,” a colleague in the suburbs once told me.

My sense is that many congregational leaders are struggling with the same tough luck these days. The nature of all our communities is fundamentally changing. In 2010 alone, more than one in 10 U.S. residents moved within the previous year, according to the U.S. Census. Are churches, and church systems, ready to adapt to these changes? 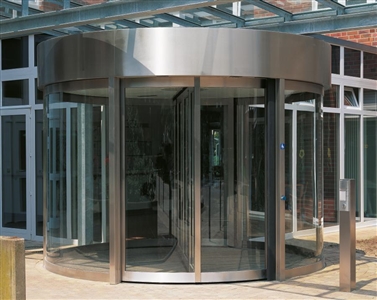 Historically, churches could absorb short-term members, because the majority of congregants were long-term residents. These permanent members would serve on committees, lead stewardship drives, sing in the choir and chair committees. The short-timers could fill in as they were able without significantly affecting the overall operating system.

Today, however, more and more church members do not have deep roots in the community and may never grow them. But they do desire a relationship with a church.

Rebecca was as active as any of our “regulars” during the nine months she lived in Miami. She even paid her annual pledge up front the week she moved to Tokyo -- a greater commitment than some longtime worshippers. Commitment, desire and faithfulness are not the questions at the heart of this struggle. A changing way of life is.

My initial assessments draw some conclusions about how the current church operating system must change. First, we can no longer anticipate that people with long years of church membership will be the only ones in leadership positions. If the current model continues, there may be no one left who qualifies!

In a new model, leaders will constantly be lifted up, rather than joining committees that remain intact for several years. Projects may be managed by a more mobile group of people who are willing to meet, problem-solve and strategize for the time they have to give to that task.

Second, more responsibility will be given to church staff. In my opinion, this is unfortunate. However, in many cases a church staff person will know as much of the history of the church’s functions -- bookkeeping, historical records, facilities -- as any parishioner. Church staff will provide structure and documentation for what has long been carried on through oral memory. Resources will have to be allocated to staff with these expectations in mind.

Third, pastors will be relied on for longevity and continuity. This is, potentially, the most perilous of the possibilities before us. In my own tradition, The United Methodist Church, most pastoral appointments are not lengthy. What will it mean for the pastor to be a fundamental part of the fabric that holds churches together when laypeople are the ones coming and going? In order for faith communities to withstand the growing transience of the larger community, I believe longer pastoral appointments are increasingly important.

In the past, our churches have experienced growth and vitality precisely because they have been churches representing communities of people who have stuck around. This lifestyle is fast declining among every age group in congregational life. If we continue to provide ministries and encourage structures that cater primarily to long-term residents, we are in big trouble. Where will faithful passers-through like Rebecca find a church home?

Rev. Weems is senior pastor of First UMC of Miami.  Reprinted with permission by "Faith & Leadership" www.faithandleadership.com. The views and opinions expressed in this commentary are those of the author and do not necessarily reflect the official policy or position of the Florida Conference of The United Methodist Church.