Slow down and know that I am God

Slow down and know that I am God 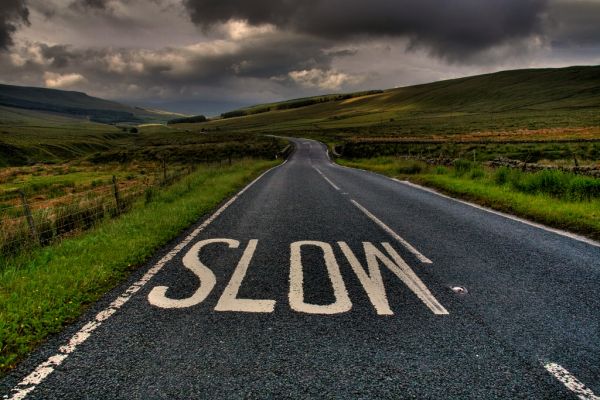 In Spring 1986, a group of Italian activists led by Carlo Petrini launched a protest against the opening of a McDonald’s near the famous Spanish Steps in Rome. This protest marked the origin of the Slow Food movement, which has spread over the last 26 years to more than 150 countries.

Following this Slow Food effort came a host of other Slow movements—Slow Cities, Slow Parenting, Slow Money, and more—that collectively raise opposition to the speed and industrialization of Western culture. Slow movements are beginning to recover what we have lost in our relentless pursuit of efficiency. Many Christians have been challenged by these Slow movements to consider the ways in which our faith has begun to move too fast as we make sacrifices to the gods of efficiency.

This quest has sparked a renewed interest in the joys of sharing life together in local congregations and has intensified into a growing conversation—rather than a movement—called Slow Church. Slowness itself is not a cardinal virtue of Slow Church, but rather a means of resisting the present-day powers of speed in order to be faithful church communities.

The biblical vision of God’s mission in the world is God’s reconciliation of all creation (see, for example, Colossians 1:15-23 and Isaiah 65:17-25). But too often we narrow the scope of our faith and ignore the massive damage that incurs. Some Christians reduce the faith to four easy steps to stay out of hell, others to a set of techniques for growing a large church, and still others to a political ideology (of the Right or the Left). Christianity has also been reduced by some to a feel-good spirituality that has little or no bearing on the rest of our lives or in the public square.

Click here for the entire commentary courtesy of Sojourners.  C. Christopher Smith is the editor of The Englewood Review of Books and co-author (with John Pattison) of the forthcoming book Slow Church (InterVarsity Press, 2013). Smith and Pattison blog at SlowChurch.com.

The views and opinions expressed in this commentary are those of the author and do not necessarily reflect the official policy or position of the Florida Conference of The United Methodist Church.