Catch up with United Methodist Men

Catch up with United Methodist Men 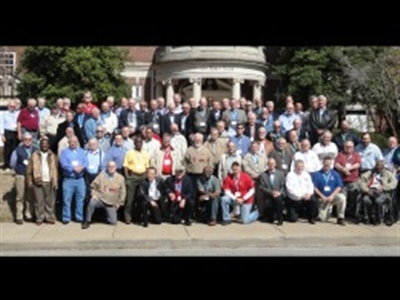 The General Commission on United Methodist Men recently released the following "by the numbers" report for 2014.

16 annual conferences maintained or increased the number of chartered organizations.*

20 annual conferences maintained or increased the number of EMS members (Every Man Shares in Evangelism, Mission and Spiritual Life).*


28 Scout leaders participated in a summer leadership workshop at the Philmont Training Center.*

10,000 Backpacking New Testaments presented to Scouts at the Philmont Scout Ranch, the Northern Tier Base Camps, and the Florida Sea Base.*

10,000 copies of the Scout edition of Strength for Service to God and Community printed for Scouts at the Latimer High Adventure Reservation.*

30,000 copies of Strength for Service to God and Community distributed, including free copies to first responders in disaster areas.**

$85,310 given to support the Meals for Millions fund of the Society of St. Andrew.*

485,000 copies of Strength for Service to God and Country distributed, primarily to members of the armed services.**