What's love got to do with marriage?

What's love got to do with marriage? 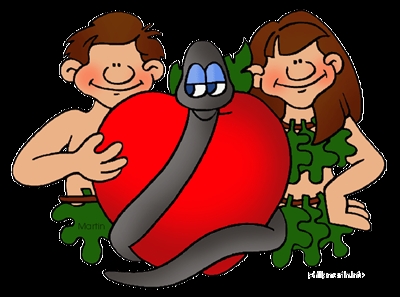 On Valentine’s Day, American husbands and wives of every age, faith and region will shower their beloveds with symbols of undying affection — flowers, chocolates, moonlit dinners, kisses.

The annual Feb. 14 lovefest is also a popular time for elaborate engagements, with picturesque proposals and pricey jewelry.

But any link between love and matrimony is relatively recent, said Stephanie Coontz, who teaches history and family studies at the Evergreen State College in Olympia, Wash.

And a radical one at that.

“Through most of human history, love was not at all the point of marriage,” Coontz said. “Marriage was about getting families together, which was why there were so many controls.”

The notion that a couple would marry for love was considered almost anti-social, even subversive; parents could disown their kids for doing it.

“The Greeks thought lovesickness was a type of insanity, a view that was adopted by medieval commentators in Europe. In the Middle Ages, the French defined love as a ‘derangement of the mind’ that could be cured by sexual intercourse, either with the loved one or with a different partner,” Coontz writes in her 2005 book, “Marriage, A History: From Obedience to Intimacy, or How Love Conquered Marriage.”

Couples wed to make political alliances, to raise capital, to expand the workforce and for a whole array of practical purposes.

“Too much love was thought to be a real threat to the institution of marriage,” she said in an interview. “Earlier proponents of marriage were as horrified by the idea of a love match as late 20th-century people were by (the) idea of same-sex marriage.”

Physical attraction between two people has existed as long as marriage, explained Don Herrin, who teaches a course on family belief systems at the University of Utah, but how that is expressed — or controlled — varies from culture to culture. So does the relationship of parents to children.

The women of the Tibetan Na people have sex with men from a neighboring village to get pregnant, but rear the children themselves with the help of their brothers, he said. There are no active fathers.

And there are tribal societies in which the kids belong to the whole community, not to a set of parents, Herrin said.

Love is inherent in being human and these groups have that, he said. It just takes a different form.

Polygamy is the planet’s most enduring form of marriage, even today.

“If you really want to go traditional,” he said, “let’s legalize polygamy.”

You could say that the biblical Adam and Eve had an arranged marriage — that is, a spouse they didn’t choose for themselves.

The Bible does speak of love matches, of course, but those are not all monogamous. Think Jacob and Rachel, and her older sister, Leah. Kings David and Solomon were said to have scores of wives.

The ideal of love as a primary reason for marriage began to spread in the late 18th century and early 19th century, partly due to the French and American revolutions.

Enlightenment thinkers in this era were promoting the “right to personal happiness,” Coontz said.

Eventually, the development of a wage labor economy moved coupling away from economics. Women didn’t have to depend on their parents’ ability to put up a dowry, and men didn’t have to wait for their inheritance. Families moved away from farms into urban settings, so they didn’t need so many children. More options opened up.

That created a sea change for marriage in the mid-19th century, including the possibility of unions founded on love, Coontz said. “We convinced ourselves that was the traditional ideal.”

The most “marrying time in American history” was just after World War II, she said. “More women could stay at home full time, while their husbands supported them.”

That was built on a combination of rising wages for men, Coontz said, and repressive laws and economics for women.

That era lasted only until the late 1960s and early ’70s, when women began flocking back to the workforce.

If these “Father Knows Best” marriages represented the ideal, said Herrin, why did so many women flee them in the late 1970s, when no-fault divorce became available?

“Our peak years for divorce were between 1978 and 1980,” he said. “Even now 67 percent of divorces are filed by women. I am sobered by that. For a lot of folks, marriage is a better relationship for guys than women.”

Contemporary families are, indeed, falling apart, said the professor, who teaches a class on strengthening the family. And it’s not because women work outside the home or gays are getting married.

It’s because young lovers don’t have the skills — the will and commitment to clean up the wife’s vomit, listen to the husband’s endless fascination with football, stay by her side when she gets fired, when he has Alzheimer’s, when they lose a child — to turn the initial spark into a deeper burning.

Love, he said, has a lot to do with that.

*An earlier version of this story by Peggy Fletcher Stack first appeared  in the Salt Lake Tribune. Copyright 2014 Religion News Service. All rights reserved. No part of this transmission may be reproduced without written permission.