When "A Million Reasons" are just the beginning...

When "A Million Reasons" are just the beginning... 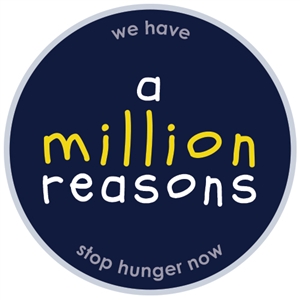 Way back in June 2013, it seemed like a major stretch for Florida Conference churches to commit to packaging one million Stop Hunger Now meals over a year’s time.  To get a head start and kick off the “A Million Reasons” campaign, Annual Conference attendees packaged more than 100,000 meals at their meeting.

Eight months later, the conference proved that “A Million Reasons” is just the beginning in the churches’ effort to fight hunger.  Churches that packaged meals the weekend of Feb. 22 blew past the goal. (Click here to watch video of a church packaging that weekend.)  Those churches that will package in the months leading up to the AC 2014 meeting will show that the conference can exceed goals and expectations because “we are connected to one another,” observed Rev. Pam Carter, who issued the challenge to the conference.  “I am so thankful for and proud of the Florida Conference churches.

“When you’ve got the connection, anything can happen,” said Carter, the wife of Florida Bishop Ken Carter.  “Churches that wondered if their congregation could make a difference participated and felt empowered.  Many smaller churches teamed up with neighboring Methodist churches, other church denominations or civic groups to fund and reach their packaging goals.”

More than 50 United Methodist congregations across Florida have packaged 1,067,284 meals to date.  They will be distributed around the world in the fight against hunger, according to Stop Hunger Now, a 15-year-old non-profit organization whose mission is to end world hunger. Denomination-wide, United Methodist churches have packaged 29.6 million meals through 2013 (since the program’s inception), more than 22 percent of all Stop Hunger Now meals.

“My hope in issuing the ‘A Million Reasons’ challenge was to open a door to a way churches can experience how easy it is to be missional, how effective and how do-able it is to have a huge impact on people’s lives,” Carter said.  “I know every pair of hands that packaged meals has experienced this as a blessing to them and to other people.  No matter how small the church, this is a mission initiative that the congregations can do more than once.

“And, I hope that their experience will inspire them to stay engaged in missions, no matter how small or large their churches are.”

Carter also thanked the Orlando staff of Stop Hunger Now, which facilitated the packaging events.  “We really appreciate the efforts of Rebecca Waggoner, Christine Galenski and Travis Edwards, who helped us beat our million meal goal.”

For a list of churches that have participated (through Jan. 31) and other “A Million Reasons” campaign information, click here or go to www.amillionreasonsumc.com.

“We want to thank the United Methodists of Florida for taking on this challenge and making a direct life-changing impact in the lives of our recipients,” said Waggoner, Stop Hunger Now Orlando program manager.  “Local bodies came together initially with the focus to meet their campaign goal, but we trust this united accomplishment will fuel their momentum of providing life-long service as an active part of the ongoing movement to end hunger.”

To learn more about Stop Hunger Now’s meal packaging program or to host an event, contact Waggoner at rwaggoner@stophungernow.org or 321-445-1252.