The medical claims of 2011 are continuing to haunt the Florida Conference and its churches into 2013, leading to a 10 percent increase in the cost of health insurance premiums for employees for the second year in a row.

“2011 was a bad year,” said Wendy McCoy, director of human resources and benefits for the Florida Conference.
“We had a lot of catastrophic claims, or large-dollar claims. … We still haven’t made up that ground.” 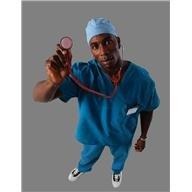 This year, the rate increase will be across the board, affecting clergy, conference staff members and retirees, regardless of age. Last year, the conference was able to spare those 65 and older who were Medicare-eligible, but not this time.

New rates take effect Jan. 1, and the annual enrollment period is scheduled for Oct. 29 to Nov. 12.

Deductibles and prescription and doctor visit co-payments will not change, McCoy said.

The rate for a single clergy member or conference staff member will rise from $107 to $118 per month, and the "blended rate” paid by a local church for its clergy will be $1,016, up from $924. A benefits update with details on rates and enrollment procedures will be distributed to all eligible employees in mid-October.

Churches that wish to participate in the plan must submit a commitment known as an adoption agreement by Oct.15.

The blended rate was designed to offer a flat price for each church’s share of health insurance costs so that congregations could select the best-fit spiritual leaders without worrying about the number of pastor’s family members to be covered, McCoy said.

The changes for 2013 were recommended by the conference Health Insurance Subcommittee and approved by the full conference Board of Pension and Health Benefits in August.

Russ Barlow, who chairs the subcommittee, said it was a reluctant recommendation made after studying the situation and trying to make educated guesses about future health care needs and expenses in the conference. He said subcommittee members did not want to cut benefits in the health care package.

The conference health insurance program was designed to be a self-funded, break-even operation. But the conference has subsidized the program in the past from its benefits trust fund, and that cannot continue indefinitely, Barlow and McCoy said.

Continuing to pay medical claim shortfalls out of the benefits fund could put other programs, such as pensions, at risk, Barlow said.

“All things considered, we decided it was better to balance the books this year,” he said.

Though the conference hopes health insurance claims will not exceed money paid in every year, it does purchase some insurance in case of catastrophic claims, he added. Because of the heavy claims in 2011, those rates increased, he said.

“That’s a factor in the cost of the plan,” Barlow said.

As disappointing as the premium increase may be, it’s still less than recommended by the conference’s consultant on health insurance, said Mickey Wilson, conference treasurer.

“I think there is such turmoil in that industry right now and so many unknowns regarding how the [Patient Protection and Affordable Care Act] is going to affect us,” Wilson said, referring to the federal health care overhaul that recently survived a Supreme Court challenge. “This was a prudent move.”

He and Barlow said they hope the 2013 rate increase will be the last employees see in the near future.

The conference also must comply with an Internal Revenue Service change that will reduce the maximum pre-tax dollars an employee can designate for the flexible health-care spending account from $5,000 to $2,500.

“I know it’s not going to be popular,” McCoy said, adding that the conference is required to make the change.

Employees and retirees may send questions about upcoming changes to benefits@flumc.org.