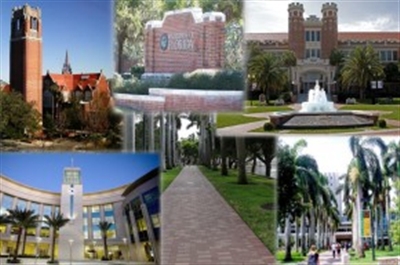 Strategic plans made back in 2008 to strengthen and expand campus ministries across the conference are coming to fruition, with big changes at three campus locations and a move in the executive office.

In addition, the Rev. David Fuquay, former director of the Gator Wesley Foundation, has accepted the position of Executive Director for the Board of Higher Education Campus Ministry and will move to Lakeland. He has served as the interim part-time Florida Conference director since July 1, 2011, and will start his new position on July 1.

The Rev. Erwin Lopez, who has been the pastor of Good Shepherd UMC and Lakeland Park UMC in Lakeland, and before that worked at the Campus Bible Fellowship at Florida International University, is headed to the University of Central Florida in Orlando to become the Director of the Central Florida Wesley Foundation.

The Rev. Christine Holden will lead a new campus ministry to be launched at Florida Gulf Coast University in Ft. Myers.  She has been serving at Hope UMC in Cape Coral. Her new title will be Director of the Gulf Coast Wesley Foundation.

“I am absolutely thrilled to have these three new leaders--that’s 30 percent of our leadership--and it demonstrates our commitment to reaching the next generation,” said the Rev. Beth Fogle-Miller, Conference Director of Connectional Ministries.  “We made campus ministers conference employees in 2008 to provide oversight and support for the ministries, which are fundamentally communities of faith or congregations with a very focused age group,” she said.

“Campus ministries are so important in helping young folks discern where they can be leaders, and we have a great many who come out of campus ministries and head to seminary,” she said, adding, “and the ordained ministry is not the only place where they will be utilized.  Some will go on to service and leadership in hospitality, in missions, in schools, in hunger relief and disaster teams.”

Fuquay echoed Fogle-Miller’s enthusiasm.  “There are exciting things happening.  All Wesley Foundations are growing rapidly or in a position to grow.   Administrative and financial assistance from the conference will free up local directors to do their jobs--reaching students,” he said.  “It won’t be centralized, but it will be connectional and best practices will be shared.”  Local boards of directors will support the campus ministries, as well.

“Campus ministry is not a membership; it’s a ministry of hospitality.  These young people are going through transitions and we’ve got just a few years to reach them--to let them know that Jesus makes a difference and can transform their lives,” said Fuquay.

When interviewed late last month, Jeter, Lopez and Holden were excited about the prospect of their new positions, wondering what they would be like and expressing their desires to introduce some new ideas.

“I’m really excited to be heading to a larger public campus, one with such a diversity of people.  It will be interesting to see how the gifts I bring will mesh with these students,” said Jeter, who also expressed a little trepidation about jumping right in to preach on that Sunday, July 1.  She said many freshmen will start life on campus on July 2, and she joked that at least she and the students will be beginning a new life at the same time. “We’ll do it together,” she said.

“Students really want to be there, and I’m looking forward to working with such a good experienced staff and strong student leadership team.  I see it as being relational,” she said.  “These students (the  team) know names and Facebook friends and what’s happening.

Jeter’s waiting to see how Gator Wesley will be different from Winthrop’s Wesley Foundation, but one thing is for sure.  “We will be committed to radical hospitality to all of the campus.  The students are in college now, but they’ll be reaching out to the world.  It’s exciting to be a part of that,” she said.

Lopez has a special link to the University of Central Florida where he will make his new start in July. He will be getting married in June and his fiancée recently graduated from the school.  “She has a great heart for mission, as well, and it will be great to be there.  We think this (UCF) is where Godwants us to be,” he said.  His new title will be Director of Campus Ministry.

As he awaits the move to his new position, Lopez is thinking about some of the ideas he has for the students there.  “I want us to get involved with other campus organizations.  For example, there is a campus gospel choir, and I can see us having a monthly gospel service,” he said.

Missions will be important at the Wesley Foundation at UCF as well.   “We will do both global missions and local missions, including helping the poor and a focus on social justice issues,” he said.  Lopez said that during the summer, there are about 50 students in worship and about 100 during the year.  He wants to reach out to all of them in many different ways.

The Rev. Holden will be launching the new Gulf Coast Wesley Foundation at Florida Gulf Coast University in Ft. Myers with no physical building. The focus in the new situation will be on the young adults who are away from home and transitioning from adolescence to adulthood.  “This is a pivotal time for young adults.  They are making decisions that are long lasting, such as their careers. And a lot of marriages originate in the college years.  Hopefully, we can help them develop a certainty about their faith that they can take with them through life,” she said.  Her title will be Director of the Gulf Coast Wesley Foundation.

“The role of campus ministries has deepened in the last few years.  The pastoral issues are huge,” said Fogle-Miller.  “So, we are practicing radical hospitality to build the kingdom in the local communities,” she said.