In the midst of ever-expanding to-do lists, broken vows to eat healthy and weekly Bible study homework that remains unfinished, asking anyone to commit to 50 days of prayer for someone else might seem futile.

But hope and encouragement are the primary reasons that the organizers of the “50 Days of Prayer” initiative want 12.3 million United Methodists worldwide to make such a commitment.

“I truly believe prayer makes a difference,” said Frances Jennings, chair of the Florida Annual Conference Spiritual Formation Task Team and co-chair of the Prayer Support Team for the General Conference. “For the first time ever, Florida is hosting General Conference, which will be in Tampa in April 2012. Even though there are delegates from many nations speaking many languages, prayer is going to be the foundation that ties the whole thing together as we all seek God’s will for His church.”

Through the 50 Days of Prayer initiative, every United Methodist will be asked to lift General Conference up to the Lord in prayer beginning on March 16, 2012, and to continue through all the days preceding and during the event. The initiative is using technology to overcome geographic and language barriers in order to surround the elected delegates, Council of Bishops and general church staff with prayer. With greater discernment of God’s will as the result, the benefits of such an endeavor are expected to be on a global scale – even for those who are not attending the conference.

“One of the texts that has grounded the work of the Host Committee is Habakkuk 3:2, in which the prophet prays, ‘O Lord, I stand in awe of your work.  In our own time revive it; in our own time make it known,’ ” said the Rev. Jim Harnish, team leader for the Florida hospitality team and a delegate to the General Conference. “Our prayer has been that the Spirit of God would be at work in the General Conference to revive the passion that energized the early Methodists as we live into our mission of making disciples for the transformation of the world.  We believe that the 50 Days of Prayer will be one of the ways in which the Spirit will prepare all of our hearts to revitalize our movement for great days ahead.”

Understanding the scope of a nearly two-month commitment of daily praying for others, the Upper Room, a division of the General Board of Discipleship (GBOD), provides a Prayer Guide for delegates, participants and guests of the General Conference. The guide is available free of charge on The Upper Room’s website.

The GBOD also maintains a prayer initiative website www that contains information, guidance and suggestions to help United Methodists pray together in new and meaningful ways.

“It’s a wonderful tool that can be used in small groups,” said Jennings. “Each day, there is a scripture to read and reflect upon. And the guide includes questions that provide an opportunity for discussion.” 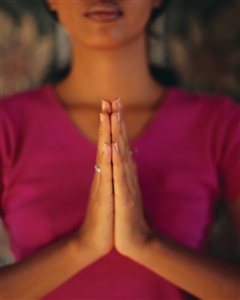 During the Conference itself, organizers are structuring the environment to promote and encourage prayer.  Jennings explained that as part of the Prayer Ministry Team, 35 trained spiritual directors will be available at the conference for delegates, staff members or participants who seek spiritual guidance and direction or assistance in their discernment process.

A serene and scenic prayer room that overlooks the water will be available round the clock. There also will be a labyrinth and prayer stations at different places in the convention center.

“There will be volunteers walking around with badges that say ‘May I pray for you?’ The only catch is that they must pray for God’s will to be done – not for one side or the other of the issues that are being discussed,” she said.

Meanwhile, the GBOD is also offering on its web site content from live training sessions, which were held earlier this year to help prayer leaders organize and lead prayer events in their Annual Conferences, districts and local churches. It offers suggestions for church leaders to encourage even the busiest Methodists who are reluctant to make a 50-day commitment and show them how they can make a difference.

“I believe that each congregation that chooses to participate will gain a deeper understanding of our connectional system,” says the Rev. Steve Hart, pastor of First United Methodist of Port St. John. “It is important to recognize that we are all part of the worldwide United Methodist Church, and we all share the goal of making disciples of Jesus Christ for the transformation of the world.”