LAKELAND – At least 78 clergy and lay members of Florida Conference churches will vie for a total of 50 slots for delegates to the 2016 General Conference and Southeastern Jurisdictional Conference.

That’s the number of people who sent in self-nomination materials and qualified for election by the Feb. 15 deadline, said Rev. Dr. Ken Minton, Florida Conference secretary. Election of delegates will take place at Annual Conference 2015, slated for June 10-13 at Bethune-Cookman University in Daytona Beach. (Click here to read the announcement from the secretary.) 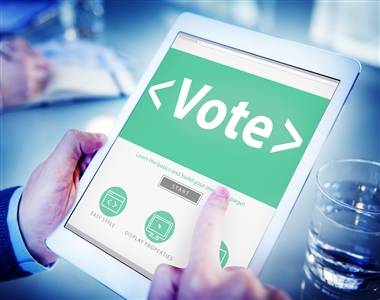 Florida Conference members will use a series of ballots to elect a total of nine clergy and nine laity delegates to General Conference, the policy-making body of The United Methodist Church that will meet May 10-20, 2016, in Portland, Ore. The same number will be elected to represent Florida at the Southeastern Jurisdictional Conference in July 2016. An additional seven clergy and seven lay members will be elected to serve as reserve delegates.

Elections take place through a series of balloting that will begin Wednesday afternoon, June 10, alternating between clergy and laity elections, Minton said.

The pool of 38 lay candidates and 40 clergy nominees reflects a somewhat lower number of elders and deacons making a bid for election than in years past, said Minton, who has been conference secretary for 11 years and served 13 years on the secretary’s staff before that.

He expects more clergy, in particular, to take advantage of a new rule that allows self-nomination during a three-hour window at the start of Annual Conference on Wednesday, June 10.

“If folks missed the deadline or felt called to be a nominee after the deadline, then they still have an opportunity,” Minton said.

“We just want to give room for discernment and movement of the Spirit.”

Qualified nominees will have a chance to mingle with voting members at Annual Conference during the morning hours of June 10. The Elections Procedures Committee will have tables set up to accept self-nomination forms between 8 and 11 a.m.

With voting starting only a few hours after the nomination window closes, it will be important for on-site nominees to get their materials in as early as possible, Minton said. Particularly in the case of laity, for whom the rules require at least two years of membership in a Florida United Methodist Church, as well as four years of active association in The United Methodist Church, it could take some time for the elections committee to verify nominees’ eligibility, he said.

A signed letter from their church pastor would be helpful, Minton said. Nominees will be asked to submit the same application that prequalified candidates submitted, which includes an essay. Minton suggested that typing the essay in advance rather than trying to write it at the nomination table will speed up the process.

Those who submit their materials and can be qualified early that morning will be invited to attend the meet-and-greet gathering along with other candidates, he said.

A demographic breakdown of the candidates who self-nominated online shows United Methodists 50 and older continue to dominate the field of candidates in both clergy and laity categories, as in years past. The nominee list also shows a clear majority of candidates identifying themselves as “white/Caucasian.” Here are more details:

• The number of women laity nominees, 17, approaches the number of men, 21. Among clergy nominees, however, men still outnumber women by a wide margin: 25 men, or 63 percent of the candidate pool, compared with 15 women, or 37 percent.

• Elders dominate the field of would-be clergy delegates, with only three deacons in the running.

-- Susan Green is the managing editor of Florida Conference.