This Lent, adopt the role of comforter as a spiritual discipline

This Lent, adopt the role of comforter as a spiritual discipline

Denmark’s citizens are some of the happiest people in the world. Last Christmas I noticed a large number of social media posts and articles about the Danish concept of hygge. Pronounced “HOO-guh,” the term means cozy or comfortable. Hygge is the way the Danish say they get through their long, dark, cold winters. Fires on the hearth are hygge, as are hot cocoa, porridge cafes (yes, they really exist), candlelight and fuzzy sheep’s-wool throws. 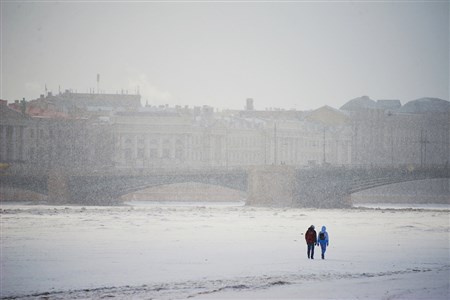 But for Christian leaders, it is not enough to practice hygge for our own sake. While we might profitably start any spiritual practice with candlelight and a hearty bowl of porridge, the season of Lent calls us to engage a spiritual practice that brings such comfort to others.

As Jesus prepares to leave his disciples to ascend to the Father, he promises in John 14:16-17, “And I will ask the Father, and he will give you another comforter to be with you forever -- the Spirit of truth.” Jesus is referring to the Holy Spirit, the one who will comfort the disciples when Jesus is gone. The Greek word parakletos, often translated as “advocate,” “counselor” or “comforter,” is literally “one called to the side of another.”

Scripture shows us many examples of those “called to the side of another.” To walk alongside another is to choose a difficult venture. Ruth sacrifices her chances of finding another husband when she heeds the call to walk alongside Naomi. The disciples give up their livelihoods as they drop everything to follow Jesus. Priscilla and Aquila, faithful co-workers of Paul, are commended for risking their lives to work alongside him. These comforters surrender their own needs as they are called to the side of another.

What might it mean for you to walk alongside another this Lent? A comforter who walks alongside another exposes herself or himself to danger, to the elements, to thrown rocks, to fire hoses and dogs, to soldiers identifying you as one who knows Jesus.

And yet walking alongside is one of the comforter’s most important acts of solidarity. Where and with whom do you need to walk?

Several months ago, Maggie, our goofball, energetic shelter puppy, was watching as I called Sasha, our mostly deaf and painfully arthritic 18-year-old dog, to come outside. After a moment of watching intently, Maggie moved to stand alongside Sasha, placing her hip beside Sasha’s hip, her flank along Sasha’s flank, and her head and neck along Sasha’s head and neck.

Pressing against the older dog, Maggie tried to move Sasha out the door, to show her what was required. I’ve never seen anything like that “walking alongside.” The puppy realized somehow that the older dog could not understand or move well on her own.

Though very young, Maggie knew instinctively that her presence could help. As comforters, we too can follow our instincts to walk alongside those who suffer.

Comforters who walk alongside can also offer sympathy. But again, this is not as passive as it may sound. As many Christian leaders know, sympathy is less about what we say and more about how we listen. Comforters must listen not only to tears but also to anger, confusion and despair in a way that is nonjudgmental, steady and open. This is a much harder kind of listening and may be especially difficult work these days, as we listen to those with whom we disagree politically.

But comforters are mindful of God’s presence and purpose in their listening work. With God’s help, we can become a stable presence. And as we listen, we can enter into the holy process of “hearing each other to speech,” as theologian and civil rights activist Nelle Morton once said.

Sympathy was what Job’s friends came to offer, as good friends do. But these would-be comforters assumed that they knew God’s purposes and God’s logic; they were blind to the bigger picture that God intended for Job. The sympathy of a comforter must be shaped by wise perspective and a broader vision.

That broader vision can illuminate hope, a future when all appears to be lost.

This Lent, young people especially need older folks to illuminate hope. In the face of a changing world, a challenging political environment and new assumptions about truth, Saturday Night Live skits may offer humor and perspective, but not necessarily hope and a future.

What do you know to be true about hope and a future?

Do what you must that is hygge this Lent, but then climb off the couch and decide what it will mean for you to be fully engaged as a comforter. As the hymn reminds us, offering deep comfort is a mandate from God:

Comfort, comfort, O my people, speak of peace, now says our God.
Comfort those who sit in darkness, mourning ’neath their sorrows’ load.
Speak unto Jerusalem of the peace that waits for them.
Tell of all the sins I cover, and that warfare now is over.