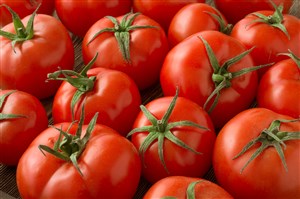 A letter sent to Publix Supermarkets’ Chief Executive Officer William E. Crenshaw was part of the call to action included in the resolution supporting the Fair Food Campaign passed by this year’s Annual Conference.

The letter, from the conference secretary Rev. Elizabeth Gardner, invited Publix leadership to dialogue with the Coalition of Immokalee Workers (CIW) about the Fair Food Program and offered Florida Conference assistance with facilitating a meeting. Click here to read the letter.

Publix had not responded to an invitation for comment on the letter or participating in dialogue by post time. According to the company website’s position statement, “Since first approached by the CIW in 2009, we have consistently viewed this issue as a labor dispute…

“Publix is more than willing to pay a penny more per pound — or whatever the market price for tomatoes will be — in order to provide product to our customers. However, we will not pay employees of other companies directly for their labor,” the online statement reads.

Retailers who participate in the Fair Food Program agree to pay a penny more per pound for Florida tomatoes to increase workers' wages and decline to do business with growers who exploit their workers.

Publix’s entire statement on the CIW campaign can be found here.

“I believe that Publix can and will do the right thing,” said Rev. Clarke Campbell-Evans, director of the conference Missional Engagement department. “That is in their DNA as a company.

Click here to watch discussion of the resolution during the Saturday, June 13, session of Annual Conference. The discussion begins around 2 hours, 18 minutes into the video.