Maya Angelou quotes about living a life of purpose

Maya Angelou quotes about living a life of purpose 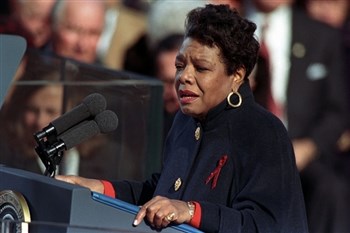 A year ago on May 28, the world lost an artist of the highest order. Maya Angelou was an author, poet, dancer, actress, and singer. Over her 50 year career, she wrote numerous plays, movies, and television shows, published seven autobiographies, three books of essays and several accalimed books of poetry. She received dozens of awards including a Pulitzer Prize nomination, a Tony Award nomination, three Grammys for her spoken word albums, the National Medal of Arts, the Lincoln Medal and the Presidential Medal of Freedom. She was a civil rights activist, served on two presidential committees and also received more than 50 honorary degrees.

But despite this long list of accomplishments, she is most remembered for her wisdom, her faith in God and her ability to communicate big truths with simplicity, beauty and grace.

On the anniversary of her passing, we look back at some of her most impactful thoughts about living a life purpose.

"Bitterness is like cancer. It eats upon the host. But anger is like fire. It burns it all clean."

"You can only become truly accomplished at something you love. Don’t make money your goal. Instead pursue the things you love doing and then do them so well that people can’t take their eyes off of you."

"I found that I knew not only that there was God, but that I was a child of God. When I understood that, when I comprehended that, more than that, when I internalized that, ingested that, I became courageous. I dared to do anything that was a good thing. I dared to do things as distant from what seemed to be in my future. If God loves me, if God made everything from leaves to seals and oak trees, then what is it I can't do?"

"When we give cheerfully and accept gratefully, everyone is blessed."

"Let gratitude be the pillow upon which you kneel to say your nightly prayer. And let faith be the bridge you build to overcome evil and welcome good."

"We delight in the beauty of the butterfly, but rarely admit the changes it has gone through to achieve that beauty."

"Hate, it has caused a lot of problems in the world, but has not solved one yet."

"As soon as healing takes place, go out and heal somebody else."

"Each of us, famous or infamous, is a role model for somebody, and if we aren't, we should behave as though we are—cheerful, kind, loving, courteous. Because you can be sure someone is watching and taking deliberate and diligent notes."

"Love recognizes no barriers. It jumps hurdles, leaps fences, penetrates walls to arrive at its destination full of hope."

On Seeing People as God’s Children

"While I know myself as a creation of God, I am also obligated to realize and remember that everyone else and everything else are also God's creation."

"God loves me. It still humbles me that this force that makes leaves and fleas and stars and rivers and you, loves me. Me, Maya Angelou. It's amazing. I can do anything. And do it well. Any good thing, I can do it. That's why I am who I am, yes, because God loves me and I'm amazed at it."

"Nothing will work unless you do."

"There is no greater agony than bearing an untold story inside you."