Beyond self-loathing to God's future

Beyond self-loathing to God's future 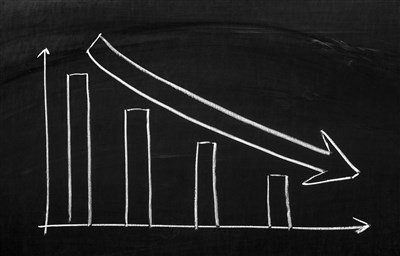 The release of the Pew U.S. Religious Landscape Study has generated prominent headlines in the general and church media. “Christianity Faces Sharp Decline,” the Washington Post announced; “America is Getting Less Christian and Less Religious,” according to Huffington Post; and in Christianity Today, “Evangelicals Stay Strong as Christianity Crumbles.”

These and other summaries have been shared via social media over the past few days. I have encouraged friends to move beyond the headlines and to dig more deeply into the data itself. The discoveries there are significant. In the United States:

Of course, beyond the data there is the matter of interpretation. I offer three brief comments.

1. We have clearly moved in most communities beyond a culture of church affiliation as conformity. A generation ago, it was acceptable and expected that one participated in a church in order to cultivate social, economic and political relationships. Ed Stetzer has distinguished between cultual, congregational and convictional Christians. The age of social conformity shaped cultural and congregational Christians, but lacked the capacity to disciple men and women into a convictional and practicing faith.

2. The increasing numbers of “dones" (those who no longer claim a Christian affiliation) is the result of two factors. We must first take responsibility; in the words of the confession, “we have failed to be an obedient church”. And so we are honest about the church's self-inflicted wounds, evident in the harm we have done to each other. We should also note that the growth of unaffiliated has been shaped by the relentless critique of the church from without (the high culture of academia and the popular culture of film, television, drama and music) and within; in social media I am often taken by the default posture of cynicism and displaced anger within the church (and among the clergy), which takes the form of self-loathing.

But a third learning from the data, for me, is most significant.

3. The real shifts toward growth of the nones calls us to take seriously movements like Fresh Expressions in the U.K., which is a much more secular context than the U.S.

Here we can give up on the idea that if we passively wait for them, they will return. This was the inherent flaw in the “Open Hearts, Open Minds, Open Doors” campaign; it assumed that the “nones” and the “dones” would flow into our spaces and find us to be tolerant, open-minded people.

The research suggests that this did not happen, and is not likely to occur in the future. And so we are left with critical questions: