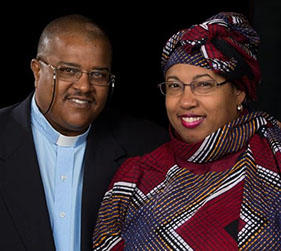 LEO and CLEIVY GARCIA are missionaries of the Methodist Church in Cuba assigned to the East Angola Conference. The Garcias' responsibilities are with the Quessua Mission, near Malanje. Leonardo serves under the umbrella of the General Board of Global Ministries as professor of the School of Theology. He coordinates team of volunteers from Florida and provides medical services at the Quessua Clinic several times a week. Click HERE to support Leonardo. Cleivy is supported by covenant relationships within the Florida Conference and serves as pediatrician at the Quessua Clinic and coordinator of the Imagine No Malaria Initiative in East Angola. She also oversees the children's ministry at the Quessua Mission which reaches out to over 400 children with literacy and feeding programs, as well as Christian education. To find out how to enter into a covenant relationship with Cleivy Garcia, click HERE. 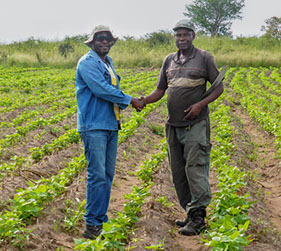 KUTELA KATEMBO serves as agriculturist at the Quessua Mission in Angola, a historical center of Methodis that was almost totally destroyed in the three decades of civil war that finally ended in 2002. In the last few years, the Mission site, which includes a farm, has been restored. Quessua aims to produce enough food to feed its students and community. Kutela also works with the East Angola Annual Conference in evolving a sustainable agriculture policy. that can help to overcome hunger and poverty in the region. To support Kutela, click HERE. 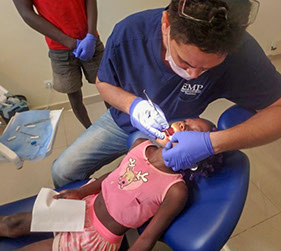 The lack of regular dental services affects the impoverished community of Quessua. While deaths from dental abscesses in the US are extremely rare too often they lead to death in Angola. Preventive dental care and treatment are being provided by Dr. SERGUEY ESPINOSA, from the Methodist Church in Cuba, who spends his summers in Quessua. Contributions from churches and individuals from the Florida Conference enabled the purchase of dental equipment and supplies. To help cover Dr. Espinosa's travel expenses, click HERE.